✔ The 1.5-year programme was cancelled after just six months

✔ 86% of people reported having a poor experience with the scheme

Only applications made before that time will be honoured.

Why did the Green Homes Grant fail?

The government has cancelled the Green Homes Grant, a £2bn initiative that covered two-thirds of the cost of home improvements designed to cut energy bills and carbon emissions.

It was created to help pay for eco-friendly installations in more than 600,000 homes, and could have saved homeowners thousands of pounds, as well as helping tradespeople during an economic downturn.

The government has said decarbonising the country’s buildings is “essential” to the UK meeting its climate targets, so why didn’t this apparent win-win work out?

The COVID-19 pandemic didn’t help matters, with many homeowners reluctant to invite strangers into their home during a pandemic that the UK government has struggled to deal with.

But the government’s rollout – which Greenpeace UK has called “shambolic” – must shoulder almost all of the blame. 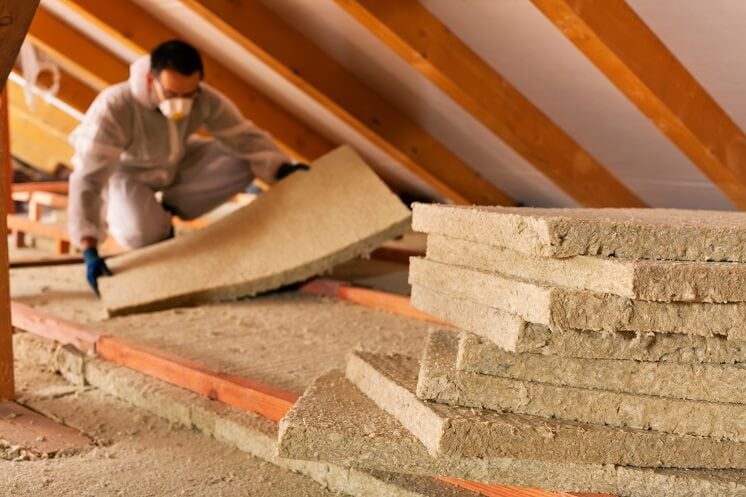 86% of people reported having a poor or very poor experience with the rollout process, according to Parliament’s Environmental Audit Select Committee.

Homeowners had to source a tradesperson’s quote before they applied for a voucher, but the government’s response was often so delayed that the quote would expire before it could be used.

In November 2020, only 5.6% of applicants had received a Green Homes Grant voucher, according to the committee’s survey. And of the 510 respondents, just one had completed the entire process of getting a quote, attaining a voucher, and completing their works.

Just days before the scheme was scrapped, the committee said the programme had been “poorly implemented, beset by administrative problems and delays which fundamentally jeopardise delivery of the scheme’s ambition.”

The committee’s report also accused the scheme of “causing damage to the sector.”

It continued: “The impact of its botched implementation has had devastating consequences on many of the builders and installers that can do the work, who have been left in limbo as a result of the orders cancelled and time taken to approve applications.”

Delays in government payments may have sent some construction firms out of business, while others reportedly overcharged customers to take advantage of the subsidy, according to BBC News.

The Eco Experts has repeatedly asked the Department for Business, Energy and Industrial Strategy for a statement on the Green Homes Grant’s closure.

Has anything replaced the Green Homes Grant?

The select committee said the initiative should continue in a different form, after being “urgently overhauled and extended to a multi-annual scheme” – but it seems the government has not taken its advice.

£300 million of the scheme’s £2bn will be handed to local councils to help its residents install insulation, which is the most obvious replacement for the Green Homes Grant.

The grant was set to spend £1bn this year, and another £1bn next year. The remainder of this year’s funding has been pocketed by the government, and it’s not clear whether next year’s will be spent on energy-saving improvements, or similarly re-absorbed.

The Conserative Party pledged to spend £9.2bn on insulation in its last election manifesto. Nowhere near that amount has been spent or committed yet.

Is there any hope for a Green Homes Grant replacement in the future?

There will certainly be energy-saving schemes that seek to insulate homes and install greener energy sources.

As the government itself has admitted, lowering buildings’ emissions is “essential” to meeting its target of cutting emissions by 68% from 1990 levels, by 2030.

But it seems that the current government would prefer to put funding in the hands of local authorities, rather than the public.

What was the Green Homes Grant?

The Green Homes Grant was a £2bn government initiative that could cover two-thirds of the cost of home improvements designed to cut your energy bills and carbon emissions, up to £5,000.

Households which receive income-based or disability benefits could get 100% of their home improvement costs covered, up to £10,000.

£500 million of the fund was earmarked for these less well-off homes. This means that at least 50,000 of these households were set to benefit.

Overall, the government said it intended to hand out vouchers to help more than 600,000 homeowners pay for these eco-friendly installations.

Considering England has more than 22 million households, that should have led to between 2-3% receiving the grant.

How much could you have saved?

If you receive income-based or disability benefits, the government would have paid for 100% of your green home improvements, up to £10,000.

Those of you who don’t get these benefits could have attained a voucher for two-thirds of the cost of your eco-friendly installations, capped at £5,000.

This means you could have arranged for home improvements worth up to £7,500, and still have two-thirds of your spending subsidised.

If your installations cost more than £7,500, you could still have received a £5,000 voucher – you’d have just paid more yourself.

The table below shows roughly how it would've panned out for you, depending on which home improvement you chose.

Which home improvements could you have got?

You could have applied for a Green Homes Grant to get one of the following primary measures:

You could even have applied for another one, but only from this list of secondary measures:

One sneaky catch that the government initially hid in a hyperlinked PDF under “Notes to editors” in its press release was that your secondary measure couldn't be subsidised at a higher amount than your primary measure.

So for instance, if the government subsidised £247 of your cavity wall insulation costs, and you wanted to get two double-glazed windows at £1,280, you would've only qualified for another £247 subsidy.

That works out as a 19% subsidy, compared to the 67% you would have expected.

How did you apply?

First, you had to use this government tool to make sure you qualified, work out which home improvements you were going to get and what they costed, and get quotes from tradespeople.

Your tradespeople had to be TrustMark-approved and/or accredited by the Microgeneration Certification Scheme.

Then you had to go to the Green Homes Grant application form, and fill it in.

To apply, you had to be a homeowner or landlord, or be applying on behalf of the owner – as long as they’d given you their permission.

“The Green Homes Grant is a significant investment by the government in energy efficiency, which will provide long term benefits to householders and the environment by cutting fuel bills and reducing carbon emissions.

“I would really encourage homeowners to apply for the scheme.”

Once you had your voucher, you had to contact one of the tradespeople who gave you a quote, and arrange a price and date for the work to take place.

You had to let them know that when they come to your home, you’d be handing them a Green Homes Grant voucher.

After the scheme was extended for 12 months, you had to ensure these improvements were finished by March 31 2022, otherwise the voucher stopped being redeemable.

Eco Experts asked the Energy Department why the grant was time-limited in such a restrictive fashion.

A spokesperson responded: “The Green Homes Grant will give the economy an immediate boost by supporting tens of thousands of jobs to make over 600,000 homes warmer and cheaper to heat in just six months.

“We have worked with industry to ensure there are enough installers ready to deliver the scheme in a way that work is completed to the highest standards and upholds the UK’s world leading consumer protections.”

When asked whether the government would commit to extending the scheme if a significant proportion of the £2 billion set aside for the Green Homes Grant hadn’t been used by March 31 – which ultimately came to pass – the spokesperson refused to comment.

The Green Homes Grant voucher was an important scheme that was mismanaged from the start. It was meant to benefit your wallet, the environment, and the economy, and ended up as a chaotic mess.

It should also be noted that the UK has pledged just £3bn towards its plan for a green economic recovery from COVID-19.

While this is obviously better than nothing, it pales in comparison with similar countries.

For instance, France has promised to spend £18bn to tackle climate change as part of its recovery, including investing in electric bikes and renovating old buildings.

And Germany plans to invest £35bn in areas like renewable energy and electric vehicles.

The UK government could be doing so much more to help the climate – but running a scheme properly would be a start.