Home » Electric Vehicle Charging » How Much Does It Cost to Charge and Run an Electric Car? 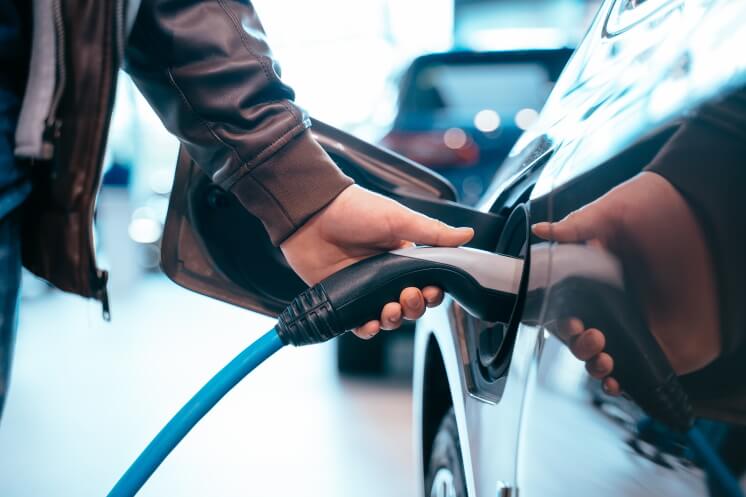 ✔ Installing a home charger could save you thousands

An electric car is the vehicle of the future – a way to get around without fanning the flames of climate change.

Every day in the UK, road vehicles emit 323,288 metric tonnes of CO2e*. If you need to drive, you might as well choose the option that’s 30% better for the climate – and rising.

But money makes the world go round, and you don’t want to commit to a new car without knowing how much it’ll cost you.

Thankfully, we’ve got you covered on that front – and if you'd like to start saving straight away, just fill in this form to see how much a charging station would cost you.

Cost of running an electric car vs a petrol car

The average cost of running an 100% electric car is 4p per mile, according to the UK government.

And our calculations indicate that the latest vehicles  – like the Nissan Leaf e+ – run at 3.7p per mile.

A petrol car will cost you anywhere from 9.9p to 17.2p per mile, depending on the size of the engine. The smaller the engine, the cheaper it is to run.

The average engine size of cars sold in the UK is 1,610cc, according to Statista, which use 11.8p worth of petrol per mile – three times as much as an electric car.

The size of this disparity changes, with certain models doing better or worse – but electric cars are a clear winner in this contest.

For more information on how much cheaper electric vehicles are in the long run, check out our Electric Vehicle Statistics page.

Cost of charging an electric car at home

Charging your car at home will always be your most convenient option.

In the same way you power up your phone before leaving for a day of taking on the world, you can soup up your car and go wherever, whenever.

Buying and installing a home charger usually costs around £950, but some top chargers are available for lower prices.

You can see all the best models for you in our article on the top nine home chargers.

From there, the costs are relatively minimal.

The distances you can drive before your car falls to 0% charge vary wildly between different models, but 198 miles is the average figure for electric vehicle ranges.

The figure above is based on government data showing electric cars cost 4p per mile to charge, but this will of course depend on your electricity tariff.

The average cost of electricity is 14.4p per kWh (kilowatt-hour), according to UKPower’s latest calculations.

Have a look at your electricity bill – or even call your energy company – to make sure you’re not paying more than you need to.

If you discover that you’re paying too much, the Energy Switch Guarantee should ensure that you can move suppliers without too much stress.

Cost of charging an electric car at public stations

Some public charging stations are free – an incentive left over from when it was extremely hard to convince people to go electric.

But because electric vehicle ownership is rising in the UK, free chargepoints are disappearing.

And when these public stations do cost money, they’re often much more expensive than any other option.

Finding ones which cost 30p per kWh isn’t uncommon, while the Polar Instant slow charger is three times as expensive as it would be to refuel at home.

This is concerning, considering Polar has 15.7% of charging stations in the UK – more than any other company, according to Zap-Map.

Rapid chargers made by Pod Point, which owns 13.1% of chargepoints, cost around 23p/kWh, according to EDF Energy – 60% more than it costs to charge at home.

Are electric cars cheaper to insure?

On average, electric cars are still slightly more expensive to insure – but this will depend on your model, and the costs are coming down every year.

For instance, three of the five most popular electric cars attract lower average premiums than the nationwide annual average of £755, according to a Compare the Market study released in 2020.

The Nissan Leaf, Smart Forfour Passion, and Renault Twizy Colour are all cheaper than the average, which marks a milestone in insurance for electric vehicles.

They played it safe, hiking up premiums or just refusing to create policies for electric vehicles – but this is changing as electric cars become more common, and prices are coming down.

It’s become clear that a battery pack is both simpler to repair and less likely to be damaged in a crash than a petrol engine – and what’s more, electric cars aren’t stolen as often.

Multiple studies have demonstrated this fact, including one report from the Highway Loss Data Institute, published by CNBC, that found Tesla vehicles are about 90% less likely to be stolen than the average car.

They’re also more likely to be recovered, because charging them takes expertise and forward-planning. A car thief can’t just take your electric car to any old petrol station.

Speaking to What Car? magazine, a GoCompare spokesperson said that “green cars are becoming increasingly mainstream, meaning that more and more insurers are looking at providing policies.

“As the number of insurers goes up, the cost is likely to fall. With electric car insurance, it's more important than ever that you don't simply auto-renew at the end of a year.” 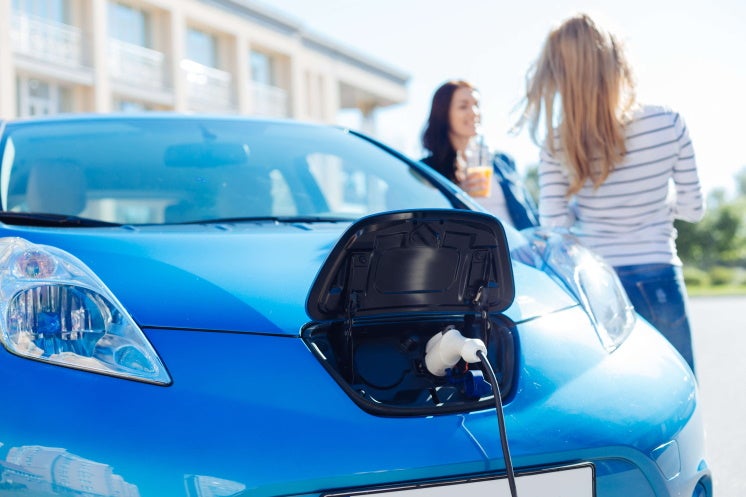 There are a number of companies who own the UK’s charging stations. If you decide against getting a home charger, they offer various plans.

Be warned, though – you’re likely to pay much more with one of these subscriptions than if you install a chargepoint at home.

Ecotricity’s 300 charging stations cost 30p per kWh, unless you get your domestic energy from Ecotricity, in which case you’ll pay 15p per kWh – which is still more than you pay at home for electricity.

There’s no way of reducing your costs by paying annually, which means their stations will always be more expensive than average domestic energy.

Access to Polar chargepoints costs £7.85 per month, but even after this payment – which works out to £94.20 per year – not all of Polar’s 7,000 charging stations will be free to you.

A large number of stations will still charge you at least 12p per kWh, despite your membership, which makes getting a Polar access card even less financially logical.

This is one of a diminishing number of regional networks in the UK.

It makes more sense than a nationwide plan if you barely ever drive out of London, as it offers lower prices.

The higher speed is slightly better value, but even plugged into that station, it would take 2.7 hours – and £15.39 – to fully charge a standard 60kWh car.

That means that after paying the annual subscription and receiving seven charges, you will have paid more than it costs to use a home charging station for a year.

Other regional networks such as Source East, Charge Your Car, and D2N2 (which serves Derbyshire and Nottinghamshire) have been absorbed into BP’s Chargemaster brand, which also owns Polar.

An electric car costs considerably less to charge and run than a petrol car – if you install a home charging station, or if your workplace offers free chargers.

Otherwise, you’ll be forced to use expensive chargepoints which will quickly eradicate any savings you could’ve made by going electric.

Going green is great, and it makes financial sense too. Getting a home charger could save you thousands over the lifetime of your electric car. If you're tempted, fill in this form to see how much it would cost you.