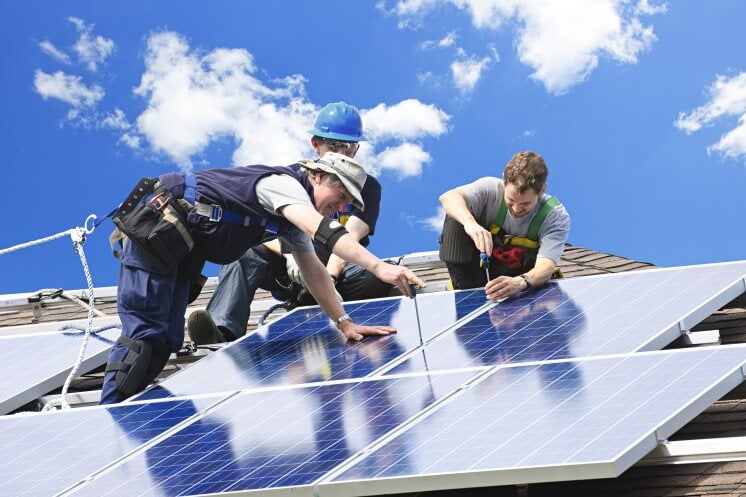 ✔ Solar panels can cut your energy bills by up to 50%

The sunlight-absorbing magic of solar panels has captured the hearts and minds of eco-conscious homeowners up and down the country.

More than 970,000 UK homes have solar panels, according to the government’s 2020 report, and that number is set to keep rising.

Prices have dropped by a massive 25% since 2014, so there truly has never been a cheaper time to buy domestic solar panels.

Unfortunately, there are no solar panels grants and no way of getting free solar panels in 2020. However, the future of solar is still bright.

The Smart Export Guarantee launched in January 2020, so it actually pays to switch to solar right now.

On this page, we’ll tell you all you need to know about the government’s solar panel initiatives (old and new), and explain why solar panels are still worth it.

To find out how much it would cost you to install solar panels, simply simply fill in this short form, and our qualified installers will be in touch. You can also check out our detailed page on solar panel costs to learn more.

The short answer is no, unfortunately.

It’s hard to believe that, back in 2010 when the Feed-in Tariff began, companies would literally buy your solar panels for you. They’d put them on your roof, you’d benefit from the energy bill savings (and all that eco-friendly electricity), and they’d earn all the money from the Feed-in Tariff. It was an efficient system, but the 64% reduction in Feed-in Tariff payments in 2016 hurt the initiative, and it was shut down in 2019.

Although the Feed-in Tariff has now concluded, a new government initiative called the Smart Export Guarantee has launched.

Are there any government grants for solar panels?

There are no grants for solar panels available in the UK. The government used to provide interest-free loans and grants as part of the Green Deal, but this concluded in 2015. The Feed-in Tariff also came to an end in April 2019, but the new Smart Export Guarantee (SEG) started in January 2020.

The story of the Green Deal is a short and disappointing one:

The current Green Deal Home Improvement Fund (GDHIF) is not quite the resurrection you’d be hoping for. It focuses on multiple types of energy-saving home improvements, but there’s no funding for solar panels.

If you can’t afford the total upfront cost of a brand new solar PV (photovoltaic) system, there are ways to source the cash. Some companies offer homeowners low-interest loans and reasonable repayment plans to help them make the switch to solar. For example, check out the options currently offered by Pegasus Personal Finance and Evo Energy.

You can also get a loan from your bank to cover solar panel installation costs. Most banks offer personal loans specifically for home improvements, which could be used for renewable energy developments.

What about the Feed-in Tariff?

The Feed-in Tariff was a government initiative that paid households for every kilowatt hour (kWh) of electricity that they produced from renewable sources, also known as the Generation Tariff. On top of this, homeowners were also able to sell any unused electricity to the National Grid (this was called the Export Tariff).

The Feed-in Tariff concluded in April 2019, but anybody who signed up before the deadline will still receive payments until their contract (usually 20 years long) expires.

However, you should still check them out. The former could help you save £5,000 on energy-saving home improvements, and the latter subsidises homes which use eco-friendly heat sources.

This is all part of the government’s aim to “build back greener” following the wide-ranging effects of COVID-19, and to reach net zero emissions by 2050.

Why has the Feed-in Tariff concluded?

The government wanted to focus on more commercial, high-impact solar projects, and the fact that solar panel costs have fallen by 25% since 2014 means there isn’t as much need for subsidies.

That’s right, a solar PV system for a three-bedroom house in the UK currently costs less than £6,000. Compare that to around £20,000 just one decade ago. Check out our detailed guide to solar panel costs in 2020 to learn more.

Subsidies are of course helpful though, and fortunately the government has set up a replacement for the Feed-in Tariff…

The Smart Export Guarantee (SEG) has filled the hole that the departed Feed-in Tariff has left behind. However, instead of being based on payments from the government, the SEG will ensure that energy suppliers pay homeowners for any unused solar-generated electricity.

Check out our full guide to the Smart Export Guarantee for more info.

While the Feed-in Tariff involved Ofgem setting the rates, the SEG allows energy suppliers to determine their own prices. In a competitive market, this should lead to companies outbidding each other with higher repayment rates, creating better deals for the homeowner. Ideally, you’ll be sitting back in your solar-powered home while suppliers scrabble for your business.

What’s more, the SEG is a lot fairer than the Feed-in Tariff. The government used to pay homeowners for just 50% of their unused solar-generated electricity, even if households were exporting as much as 80% of their electricity back to the grid.

In contrast, with the SEG in place, energy suppliers pay homeowners for every single bit they send back – and this process is a lot simpler if your home is fitted with a smart meter.

How much can you earn with the SEG?

With the SEG in place, homeowners are now benefitting from 100% of their solar panels’ hard work. Here’s how:

The best way to make the most of your solar panels is to combine them with a solar battery, and create a ‘solar-plus-storage’ system. A solar battery will stock up all the electricity that’s generated during the day (while you’re out), so it’s there for you to use in the evenings.

To find out how much a solar battery will cost you, and to check out the best models on the market, visit our guide to solar batteries. 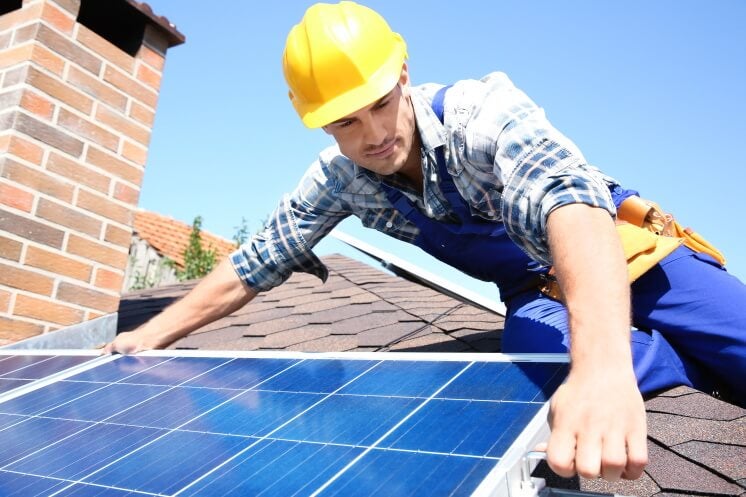 The short answer is yes!

The Smart Export Guarantee is up and running, and solar panels still come with a whole host of other big benefits.

Here are the main advantages of installing solar panels at home:

For the biggest savings on your energy bills, it’s sensible to get your hands on high-efficiency panels. To find out more, check out our guide to the most efficient solar panels on the market in 2019.

So that’s that – the Feed-in Tariff has checked out, but the Smart Export Guarantee is very much in, and energy companies are coming up with all kinds of tempting initiatives.

Meanwhile, solar panels are the most affordable they’ve ever been, promising hefty energy bill reductions and wholesome eco-friendly gains.

To find out how much it will cost you to get solar panels, fill in this short form, and our qualified installers will get back to you with their best prices.