✔ The Feed-in Tariff has concluded, but the new Smart Export Guarantee is here

The Smart Export Guarantee (SEG) launched on 1st January 2020 to replace the old Feed-in Tariff. Check out our guide to the SEG to find out how much you could earn.

Not many countries have taken to solar power quite like Scotland has.

With the ambitious target of cutting carbon emissions by 80% by 2050, the Scots have recognised the huge potential of renewable energy, and are running with it.

Fortunately, the Scottish government has made it very easy for Scots to get their hands on solar panels and join the ‘renewables revolution’.

On this page, we’ll tell you all about the Home Energy Scotland Loan, along with the much-anticipated replacement for the Feed-in Tariff.

If you’d like to find out how much solar panels will cost you, simply fill out this form with your details, and our trusted installers will be in touch with free quotes to compare. 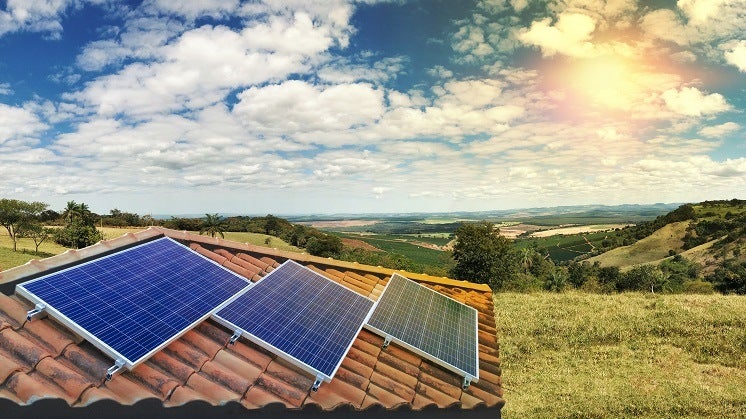 01 | Do solar panels work in Scotland?

Do solar panels work in Scotland?

If you think that Scottish weather might not be conducive to generating solar power, think again.

Firstly, we should note that sunlight is not an absolute requirement for solar panels. Photovoltaic cells can still function without direct sunlight, and will still produce electricity on a cloudy day. It’s the daylight that’s essential.

The Energy Saving Trust estimates that a standard 3 kilowatt peak (kWp) solar PV system in Scotland generates about 2,300 kilowatt hours (kWh) of electricity each year. This amounts to approximately 75% of a typical household’s electricity usage.

What’s more, Scotland has been no stranger to extremely sunny summers in recent years.

A study by WWF Scotland found that since 2017, homes with solar panels have generated more than 100% of typical household electricity needs in seven different cities, including Edinburgh, Glasgow, and Dundee.

A summer heatwave in 2018, for instance, broke Scottish solar power records in multiple places. Solar panels provided Aberdeen with 136% of its average household electricity demand, and provided Lerwick with 117%.

The future of solar power in Scotland is certainly a bright one.

Can you get government-funded solar panels?

Unfortunately, you can no longer receive a government grant for solar panels in Scotland, but you can still receive an interest-free loan.

Up until 2010, the Scottish government backed the Energy Savings Scotland Home Renewables Grant. This scheme awarded homeowners a generous sum of money for installing solar panels – if successful, applicants could receive up to 30% of the cost of installation (worth up to £4,000).

However, after 2010, the grant was scrapped and replaced with the Home Energy Scotland Loan.

If you’re living in Scotland and think it’s time your home switched to solar power, the Scottish government is happy to lend a financial hand.

The Home Energy Scotland Loan is a scheme available to homeowners who want to make ‘energy improvements’ to their household. These improvements include:

The maximum amount of money available for a solar panel installation loan is £5,000, which is over 75% of the typical cost of a 3-4kWp solar PV system.

All homeowners in Scotland are allowed to apply, and each applicant’s credit rating is assessed to determine if they are eligible. Please note that successful applicants have to pay an administrative fee, which is 1.5% of the total amount being borrowed.

The Scottish government quite wisely suggests that you don’t start installing solar panels until you’ve officially received the loan offer in writing.

If you are successful, you’ll be given up to six months to borrow the money and have the solar panels installed.

What about the Feed-in Tariff?

The Feed-in Tariff was an initiative set up by the UK government in 2010 that paid households for every kWh of electricity they generated via solar panels. Unfortunately, it concluded on 31st March 2019, and is no longer available.

However, if you signed up for the scheme before it ended, you will still receive payments for the full duration of your contract (usually 20 years).

Why has it finished?

After dedicating nine years to residential solar power, the UK government decided that it wanted to focus on more large-scale, commercial projects.

The loss of the tariff is obviously a shame, but the tumbling price of solar panels means that a government subsidy is far less necessary than it was a decade ago. That’s right: according to Green Business Watch, the average cost of solar panels has fallen by about 70% since 2010.

Nevertheless, it’s nice to get paid for the renewable energy you create – and thankfully, a new scheme has launched. 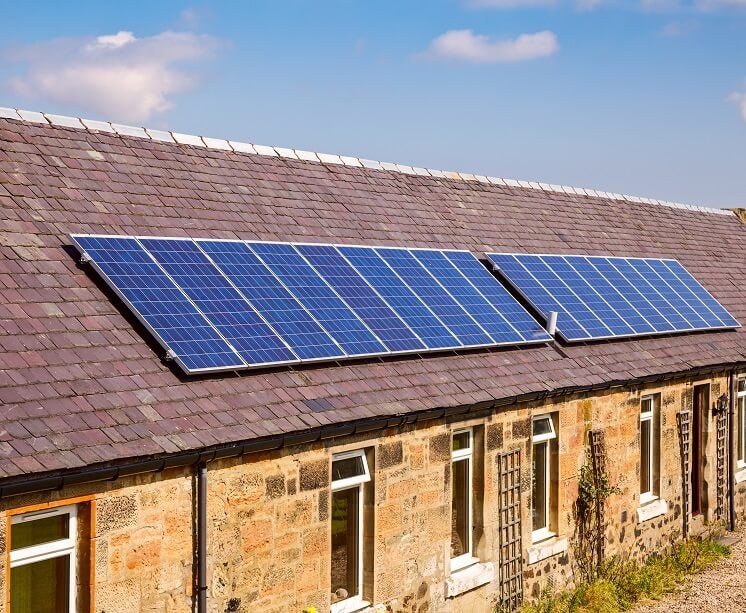 Beginning on 1st January 2020, the Smart Export Guarantee (SEG) legislation requires all large UK energy providers (i.e. with 150,000+ customers) to pay homeowners for any renewable electricity they export to the National Grid.

With several suppliers paying at least 5.5p/kWh, this is more than the UK government's previous Export Tariff (which was 5.38p/kWh), and the Energy Saving Trust (EST) estimate that a 4kWp solar PV system could earn around £94 per year on a 5.5p SEG tariff.

Of course, this is £94 on top of expected energy bill savings, which could be as much as £240 (according to the EST).To get the full lowdown, check out our detailed guide to the Smart Export Guarantee.

If the Home Energy Scotland Loan has ignited your ambitions and you’d like to start powering your home with the sun, you've chosen an excellent time.

After all, 65% of people would now buy a house with solar panels, according to our latest National Home Energy Survey.

The next step is finding out how much solar panels will cost you.

Luckily, we can make this step a million times easier. All you have to do is simply fill in this short form, and our qualified installers will be in touch shortly with free quotes for you to compare.

For more information, check out our handy guides to solar panel costs, and the best solar panels currently on the market.