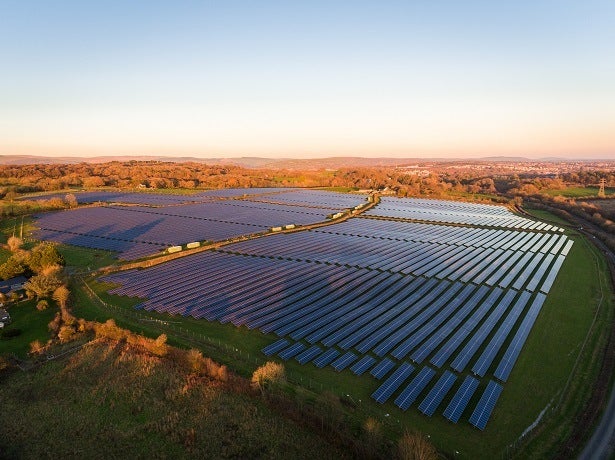 ✔ Solar panels will reduce your energy bills and your carbon footprint

✔ They’re cheaper than ever, with prices having fallen by around 70% since 2010

The popularity of solar power is skyrocketing. Nearly one million rooftops in the UK are now decked out with solar panels, and in 2018, the UK’s renewable energy capacity finally overtook fossil fuels. We’re experiencing a sun-driven shift to green energy that your household can be a part of.

So why is solar energy beneficial? Allow us to take you through the key advantages and disadvantages of switching to solar. If you’ve already started picturing panels on your roof, check out our guide to the best solar panels on the market in 2019.

To find out how much a solar PV system would cost you, fill out this form, and our trusted installers will be in touch.

Save money on your energy bills

Nothing saps your savings quite like your monthly energy bill. It’s there in the background, quietly and incessantly taking your money in exchange for the power you use. You can make a huge saving by switching to candlelight and cold baths, but this medieval novelty wears off after a while.

Fortunately, solar panels are equipped with bill-obliterating powers. Start fuelling your house with solar-generated electricity, and you’ll shave a hefty sum off your monthly energy bills. We conducted a survey of 390 UK homeowners back in January 2018, and 84% of them said that their solar panels were saving them up to 50% on their energy bills.

For example, a typical 4 kWp solar PV system could save you between £85 and £220 every year, depending on where in the UK you’re located (based on estimates from the Energy Saving Trust).

Your energy bill savings will depend on two things:

1) How much electricity your solar panels produce

2) How much of this electricity you actually use

To increase your quantity of solar-generated electricity (1), you can do things like buy high-efficiency solar panels, or add more panels to your roof. To use more of the power you’re generating (2), you can buy a solar battery. This clever bit of kit will store the electricity that your panels generate during the day while you’re out, so it’s available for you to use in the evenings (when the sun’s gone down).

Cash in on the electricity you don’t use

When your solar panels produce electricity and there’s nobody in the house to use it, it will automatically go into the National Grid and you won’t see it again. Sounds a bit wasteful, huh? Well, there’s a way to monetize this power drain.

Although the Feed-in Tariff has now concluded, the Smart Export Guarantee (SEG) launched on 1st January 2020. Whilst this FiT replacement is aimed at improving the ROI on your solar panels, supplier returns are spectacularly varied and due diligence is key.

However, instead of Ofgem getting involved and setting the rate (as it used to do), energy suppliers will determine the rate themselves as they compete for the business of UK households. In theory, a healthy market should create competitive deals for homeowners.

You should also check out the ‘Feed-in Tariff replacement’ deals that energy suppliers are currently offering in the UK.

Amidst the din of ‘climate emergency’ klaxons, it’s about time you smelt the coffee and ditched grubby fossil fuels. There’s a big reason why solar energy is good for the environment: it significantly reduces your carbon footprint.

Solar energy is perfectly clean and renewable, producing zero carbon emissions as it’s created. In fact, the Energy Saving Trust believes that the average residential solar PV system in the UK saves between 1.3 and 1.6 tonnes of carbon from entering the atmosphere each year.

Plus, a study published by Nature Energy in 2017 showed that the global environmental cost of creating solar panels is vastly outweighed by the environmental gains of using them. The report states that only 4% of the energy generated by a solar panel is offset by the energy required to create it – which makes solar power one of the world’s cleanest renewable energies.

By 2050, the UK Government aims to have cut carbon emissions by 80% (compared to 1990 levels), and you can help. Fill in this quick form to receive free solar panel quotes.

Take a look at: How to pigeon-proof your solar panels

Listen to the silence

Solar panels also have a fantastic record when it comes to noise pollution.

These sun-soaking sheets of silicon are great at producing power, but they don’t like to shout about it. The process of converting sunlight into energy is fortunately a quiet one, so your panels will toil away above your head while leaving you in peace. Considering there aren’t even any moving parts inside a solar panel, this silence makes sense (compare this with the racket of a wind turbine).

Enjoy independence from the grid

Ever feel manacled to the grid? Solar panels will seriously offset this issue. The more that you can create your own electricity, the less you’ll need to purchase from energy companies.

The UK’s energy prices are continually on the rise, and there doesn’t seem to be any sign of things halting soon. For example, in February 2019, Ofgem raised its national energy price cap less than one month after the cap had first been introduced. This pushed up the energy bills of about 15 million households by over £100 per year.

If you’re dependent on the grid, you’re easy prey to these price increases. While solar panels on their own will not give you complete independence (you’ll still need to buy electricity from the grid in the evenings), adding a solar battery or two will empower you with genuine self-sufficiency.

What’s more, being off-grid means avoiding bothersome power cuts, which are forecast to increase after Brexit.

Scale it up easily

As your solar energy requirements grow and your Earth-saving ambitions increase, you will find it very easy to expand your solar PV system. That’s right: solar panels are scalable, which means that you can simply add panels to an existing system, instead of having to uproot it and build a bigger one.

The same goes for solar energy storage. Most models of solar battery are like LEGO bricks, in that they’re stackable. For example, you can build a tower of up to 10 Tesla Powerwalls before it becomes a health and safety issue.

Solar panels are fiercely independent, meaning they don’t need you checking on them 24/7. All a panel needs to do once it’s set up is just lie there, which means there aren’t many opportunities for things breaking. The key ingredient for future maintenance problems is moving parts, but thankfully, solar panels don’t have any.

It’s important to keep your solar panels clean and unobstructed, but you’ll find that most panels basically do this for you. As panels are installed at an angle and have smooth surfaces, most dirt and debris will just slide right off. Regular rainfall also helps to keep things squeaky clean.

The vast majority of solar panels come with a 25-year warranty, and will be operational for upwards of 40+ years – so they’re with you for the long haul.

Sunlight is completely complimentary, but the panels you use to capture it come with a fee. A typical 3-4kWp solar PV system will set you back around £6,500, which isn’t exactly a cheap purchase, but solar panels are becoming increasingly affordable. As already mentioned, the average price has fallen by about 70% over the past decade, and this looks set to continue as solar energy becomes increasingly widespread.

Check out our detailed guide to solar panel costs for the full lowdown.

We’re stating the obvious here, but solar panels work much better in the sunshiney summer months than in the short days of winter. When the skies are clear and the sun is beaming down on your rooftop, your solar panels are in their element, and will naturally be at their most productive.

This does mean you’ll rely on the grid much more during winter, but that doesn’t mean your solar panels will stop working entirely. In fact, although it certainly helps, sunlight is not an essential ingredient in solar power – all solar panels need in order to work is daylight.

You need the right roof

Not all roofs are built for solar panels. In an ideal world, you need a significant portion of your roof to be (at least somewhat) south-facing, and unobstructed by shade. If your roof doesn’t fit these criteria, then you might struggle to set up an effective solar PV system. However, there’s a lot you can do to optimise your roof, including buying high-efficiency solar panels (if you have limited space), cutting back trees (to reduce shading), and using tilted racks (to angle your panels perfectly).

The switch to solar brings benefits that significantly outweigh the cons – and here at The Eco Experts, we can help you make your household solar-powered. To get the ball rolling and find out how much it would cost you to buy solar panels, simply chuck your details in here, and our professional installers will contact you.

When it comes to all things eco-friendly and economically savvy, Charlie is a spectacularly woke millennial. A university-educated solar panel scholar with an eye for detail, when Charlie isn’t writing, he’s tucked up in bed watching his favourite black and white film.

Popular posts
Related posts
We use cookies. By browsing our site you agree to our use of cookies.