Home » Solar Panels » The Smart Export Guarantee 2021: How Much Can You Earn? 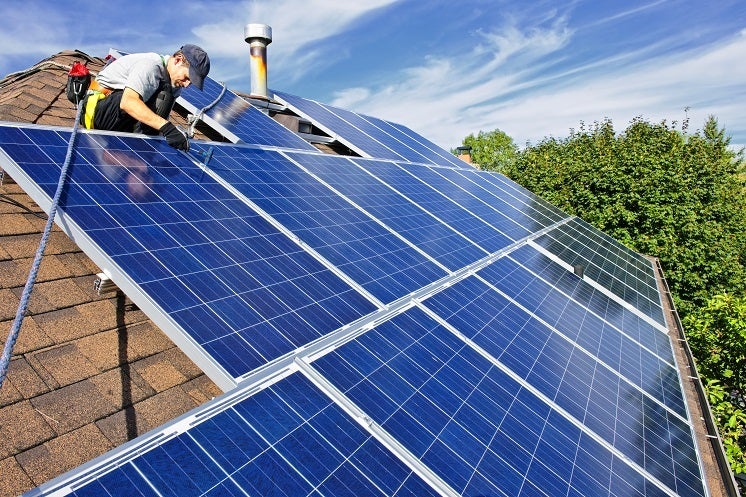 ✔ Some energy providers are offering around 5.5p/kWh of exported electricity

✔ A 4kWp solar panel system could make around £340 per year

Since 1st January 2020, large energy suppliers in the UK have been obliged to pay households for the renewable energy they export to the National Grid. This is under the Smart Export Guarantee (SEG) scheme, set up to replace the Feed-in Tariff.

On this page, we’ll tell you how the SEG works, whether you’re eligible for it, and how much you could earn.

If you'd like to start benefiting from the SEG, you can fill in this form with a few details, and our trusted suppliers will contact you with free solar panel quotes.

What is the Smart Export Guarantee?

The SEG is a UK government initiative designed to replace the now-defunct Feed-in Tariff, which concluded on 31st March 2019.

Since it started on 1st January 2020, the initiative has required all large energy companies (i.e. suppliers with at least 150,000 customers) to pay households for any solar-generated electricity they send back to the National Grid.

This also applies to other forms of ‘small-scale, low carbon energy’, such as wind and hydro, but our focus for now is entirely on solar power.

The exact rate varies depending on the supplier – and you can see the current rates just below.

Our verdict: The Smart Export Guarantee doesn't fully make up for the loss of the Feed-in Tariff, but it's a big step in the right direction from the UK government.

Homeowners with solar panels will no longer feel like their unused electricity is being “wasted”, and the SEG rates should gradually increase as energy companies compete with one another.

All we knew initially was that the SEG tariffs had to be ‘above zero’, which wasn’t much to go on.

Most of the Big Six energy suppliers, however, have failed to offer a tariff in this range – and EDF Energy has fallen well short.

Check out the graph and the table below to see the full rundown of top energy suppliers and their SEG rates.

As you can see, Bulb offers the best SEG rate, coughing up 5.57p for every kWh of renewable electricity a household sends back to the grid. Surprisingly, this is actually 0.33p more than the government’s 2019 export tariff rate.

Bulb only offers this deal to its own customers, but Octopus Energy and E.On also both offer an extremely reasonable rate of 5.5p per kWh.

And it's important to note that while Social Energy doesn't offer an SEG tariff – because it doesn't have to – it does pay a table-topping 6p per kWh for all of your metered export, through its cheekily named Smarter Export tariff.

Meanwhile, down near the bottom, Big Six member EDF is paying out just 1.5p/kWh.

EDF originally paid out 3.5p/kWh, but quietly slashed this rate to 1.5p some time between the 26th October and 29th December 2020, according to screenshots captured by the Wayback Machine.

We asked EDF why it decided to cut its SEG rate.

An EDF spokesperson responded: “As with all our energy prices, we keep our tariffs under constant review.

“We wrote to our Smart Export Guarantee customers to make them aware of the change to rates on renewal, so they could check they were on the best tariff to suit their needs.”

The spokesperson added: “Following the global pandemic, we are working incredibly hard, dedicating people and resources to work with our customers and try to get them back in control of their finances as quickly as possible.”

However, pressure from climate activists such as Greenpeace persuaded the company to shell out, and by the 3rd of January the rate had been increased to 3.5p/kWh.

It’s important to note that you aren't obliged to sell your exported renewable electricity to your energy supplier.

By law, all SEG licensees must offer a tariff to every eligible household, irrespective of whether that household is a customer. (Of course, suppliers are entitled to offer a more favourable rate to customers).

What is the difference between the SEG and the FiT?

In terms of government-led solar power initiatives, the SEG is certainly the FiT’s successor, but they are not the same.

By contrast, the SEG is just one payment, replacing the old export tariff and rewarding homeowners for the renewable electricity they send back to the grid.

However, instead of a fixed rate being set by the government, it is instead set by the suppliers themselves. Companies are free to set whatever rate they want, so long as it’s more than zero.

The FiT’s export tariff (before its conclusion in March 2019) was 5.24 pence for every kilowatt hour (kWh) of renewable electricity sent to the grid. Given that the generation tariff is not being replaced, we’d hope at the very least for companies’ SEG rates to match the old export tariff.

What will happen to future FiT payments?

If you already started receiving FiT payments before the scheme finished in March 2019, you will continue to receive payments for the duration of your contract (usually 20 years).

The SEG only applies to people who installed their solar panels after 31st March 2019.

How has COVID-19 affected the SEG?

As a law, the SEG hasn't been affected at all by COVID-19. It remains in place, ensuring you have the opportunity to get paid for your excess energy.

And in terms of uptake, more customers have embraced the SEG since the start of the pandemic.

Phil Steele, Octopus Energy’s future technologies evangelist, said in October 2020 that Octopus had enjoyed “great success so far” with the SEG, adding that “thousands of customers” had signed up.

“During the past few months, requests for SEG tariffs have actually sped up rather than slowed down,” he said.

E.On's solar director Dr Jon Kirby said that “despite the obvious challenges” of the pandemic, “some 1,000 customers” had taken advantage of the company's SEG tariff.

And though EDF dramatically lowered its SEG rate during the pandemic, it seems to be the only company to do so.

The renewable energy industry in general has held steady too. Of course, COVID-19 affected the entire economy, including the green energy sector, with restrictions and health concerns stalling installations.

But there are few industries which have bounced back as quickly, with renewables currently enjoying a seemingly unstoppable rise.

In the first three months of 2020, renewable energy made up more than 40% of electricity generation for the first time, and it's remained above that mark throughout the pandemic, according to the latest government report.

Do you need a smart meter to receive SEG payments?

When the government used to pay out its export tariff, it would never measure exactly how much electricity a household was exporting back to the grid. Instead, it assumed that the typical household exported around 50% of the electricity it generated, so merely paid each household based on this average.

This meant households that were exporting more than 50% of their renewable electricity back to the grid were not being paid properly. And this was probably the case for a significant number of households, given how many homes are unoccupied during the day (i.e. during peak solar energy generation time).

However, with the SEG, the government wants suppliers to pay households fairly – and this requires accurate information. The answer is a smart meter, which can make a recording of your electricity exports on a half-hourly basis. The smart meter will communicate directly with the energy supplier, enabling them to pay exactly what they owe. 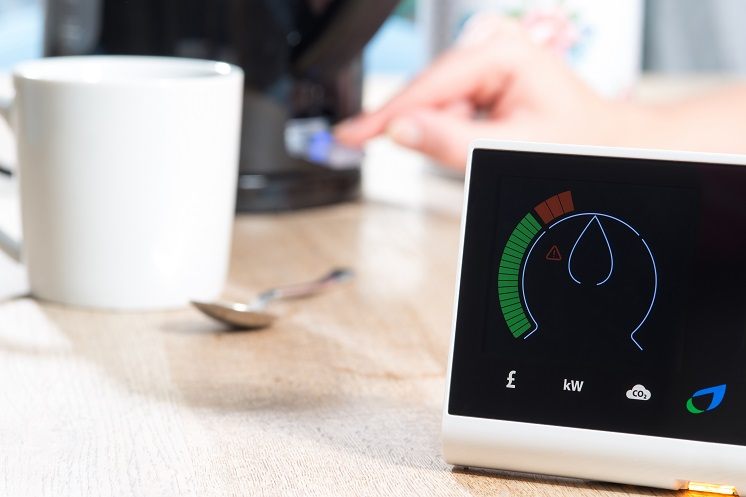 Fortunately, the UK government is currently carrying out a nationwide rollout of smart meters – for free.

The SMETS1 smart meter was incompatible with solar panels, but the second-generation SMETS2 is compatible, and any UK household is entitled to a free model before the end of 2025.

For more information, check out our detailed guide to smart meters and solar panels.

Under the SEG, you could be paid by suppliers in two different ways: a fixed rate or a flexible rate.

A fixed rate SEG is a set amount of money for each kWh of renewable electricity you export to the grid, irrespective of the time of day.

A flexible rate SEG pays different amounts of money for renewable electricity depending on the time of day. For example, you might be paid more for the electricity you export in the evening (when there is higher demand), and be paid less in the morning.

In the long term, the Department for Business, Energy & Industrial Strategy (BEIS) would like all fixed rate tariffs to be replaced by flexible rate tariffs, which rise and fall every half hour (based on wholesale electricity market prices).

Here are the key requirements for any household looking to receive SEG payments:

As mentioned above, a smart meter is not essential, but it’s important if you want to be paid accurately for the energy you’re exporting (and it may soon become a key requirement).

If you’re not yet generating solar power at home, we can help you make the next step. Simply pop your details into this quick form, and our professional installers will be in touch with prices.

How much could you earn?

According to calculations by the Energy Saving Trust (EST), a household with a 4kWp solar panel system, a grid electricity price of 14.33p/kWh, and Octopus Energy’s SEG rate of 5.5p/kWh could make £338 per year.

In this example, the EST is assuming that the 4kWp system generates 3,410kWh of electricity in a year, and that the house exports half of this back to the grid.

Of course, this is just an estimate, and your own earnings through the SEG will depend on multiple variables. These include:

Does the SEG work with solar batteries?

If you own a solar-plus-storage system at home, you might be wondering whether it’s compatible with the SEG.

There is currently no one-size-fits-all rule for solar batteries when it comes to SEG payments.

Certain energy companies (such as Bulb, Octopus, and British Gas) will accept solar energy exported from a battery, but some of them might insist that you use one of their own batteries.

There are several energy companies that don’t clarify online as to whether they accept exported electricity from a solar battery, so if you’re unsure, your best bet is to contact the company directly.

Here’s a quick summary of the Smart Export Guarantee:

If you’d like to start benefitting from the Smart Export Guarantee, it’s about time you switched to solar. Simply fill in this form with a few details, and our trusted suppliers will contact you with solar panel quotes.