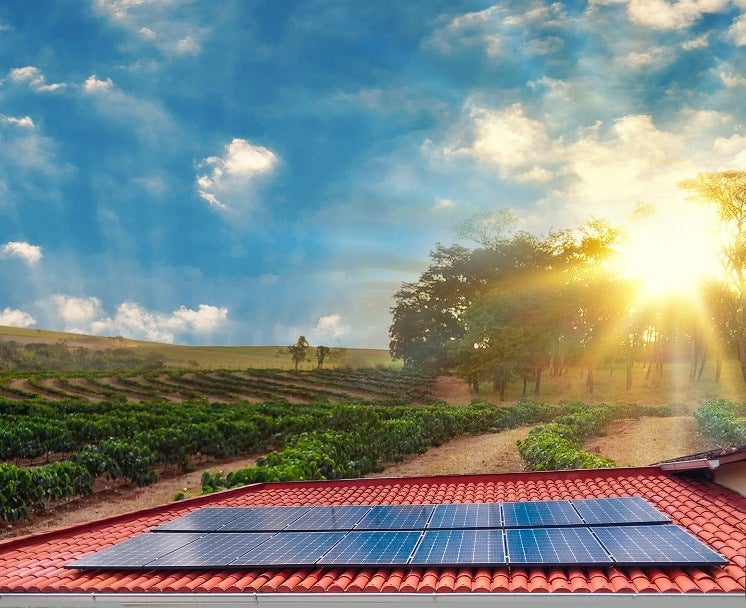 ✔ In the 2030s, the world is going to have an influx of defunct solar panels

You might have heard: the popularity of solar panels is skyrocketing. People on every continent have gone bonkers for the power-giving properties of the sun, and this rocket doesn’t look like slowing down.

The world’s solar power capacity is expected to balloon in size over the next thirty years, especially with the advent of new solar technologies.

However, this worldwide splurge on solar panels has created a problem for us further on down the line: ‘end-of-life management’. In the mid 2030s, a lot of solar panels are expected to conk out for good, and it’s going to hit us like a tonne of silicon bricks…

Thankfully, solar panels are recyclable. They’re constructed almost entirely from aluminium, glass, and silicon, which are all very easy to break down and use again. This means your green energy machines stay green after their job is done.

People know exactly how to smash panels up and reuse all their bits – it’s just a case of scaling up the industry in preparation for the defunct-solar-panel timebomb.

If we do it properly, by the late 2030s there’ll be a whole new generation of solar panels built from the remnants of their forefathers, which is quite a beautiful thought.

What's the typical lifetime of a solar panel?

Most solar panels share a similar experience: birth (in a manufacturing plant), 30-40 years staring at the sun, and then death.

But what actually happens to put an end to a solar panel’s stint in the sunshine? Research by the International Energy Agency (IEA) in 2014 showed us the most common causes of solar panel expiry. They were:

There are lots of other minor causes, but these are the key four. According to IRENA, the majority of solar panels average a lifetime of 30-40 years.

What makes them so resilient? Well, they don’t have any moving parts, meaning there are no ‘weak spots’. They’re also surprisingly easy to fix (in most cases), so don’t give up on your panels straight away if they have a wobble – contact a nearby solar panel company for help.

Solar panels do tend to lose their efficiency very slowly, but this usually only starts to happen after the first 20-25 years.

In short: solar panels are fairly sturdy things. You pay a lot for them, but they’re with you for the long haul.

So what happens inside a solar panel recycling centre?

There are two different types of panel that dominate the solar power industry; silicon-based (92% market share) and thin-film (7% market share). The recycling process is a little different depending on panel type, so we’ll go into both.

The first thing that happens is material separation. Solar panels are composed of several different parts, so these need dividing up.

The panel’s aluminium frame and glass casing are disassembled and sent their separate ways. 100% of the aluminium and 95% of the glass is used again. Not bad.

Then it’s time for thermal processing. The temperature is ramped up to a toasty 500°C, which evaporates the small plastic components and easily allows for the cell modules to be physically separated. Around 80% of the cell modules are reused.

Finally, you’re left with the silicon wafers. These are etched away and smelted into reusable slabs. 85% of the silicon is repurposed for new solar panels, but 15% of it is lost in the process.

This procedure is a little more violent.

Thin-film panels are thrown into a shredder, followed by a hammermill. It’s important that each panel is reduced to 4-5mm pieces, so that the lamination keeping the materials together breaks.

Unlike the process for silicon-based panels, here you’re left with a mixture of solid and liquid materials, so a huge rotating screw is used to separate them.

The semiconductor material (usually Cadmium telluride, CdTe, or Copper indium gallium selenide, CIGS) is removed from the glass with acid and peroxide, and then the glass is rinsed with water.

There are issues surrounding the toxicity of cadmium and its threat to the environment, so silicon-based solar panels are generally considered the more eco-friendly option when it comes to recycling.

What should you do with your defunct solar panels?

One thing you certainly shouldn’t do is just send them off to landfill. You barely have to do anything to get your solar panels recycled.

Every solar panel company (importer or manufacturer) in the UK must join a Producer Compliance Scheme (PCS), such as the Government-approved PV CYCLE. This ensures that all solar panels are collected and recycled properly.

Under EU regulations, your solar panel installer is legally obliged to take your defunct solar panels off you, or at least fund a Distributor Take-back Scheme (DTS).

So, get on the phone to your solar panel installer – they’ll know what to do. It’s most likely they’ll take your panels to a Dedicated Collection Facility (check out the DCF database to find one near you), before the panels go on to a recycling plant.

Bespoke ‘solar panel recycling plants’ are becoming a thing, too. In July 2018, PV CYCLE collaborated with French waste management company Veolia to open Europe’s first dedicated recycling plant for solar panels. This is the kind of stuff we need more of if we’re to be ready for the surge of dead solar panels in the mid 2030s.

How much does solar panel recycling cost?

The main cost you need to worry about is the cost to you, which is precisely £0.

There is yet to be any significant research into the wider economic cost of solar panel recycling. According to Gavin Heath of the National Renewable Energy Laboratory, recycling solar panels in the US costs around $10-20 per module.

There are some obvious (and some less obvious) reasons solar panel recycling is officially A Good Thing.

✔ The panels aren’t going to landfill. Burying waste in the ground is bad, and reusing old materials lowers the demand for new materials.

✔ Certain rare elements are rescued. The Earth’s supply of gallium and indium is actually steadily depleting, and we (currently) use them in solar panels. If we just bury the gallium and indium, we’ll eventually run out.

✔ There’s a lot of money involved. According to IRENA, the raw materials we could recover from solar panels by 2030 is worth about $450 million – which could fund around 60 million new solar panels.

✔ Employment opportunities. As we’ve already said, the world needs to set up a proper solar panel recycling industry, and pronto. Get this thing going, and there’ll be a lot of jobs created.

If you’ve currently got solar panels sitting on your roof, rest assured that they’ve got rebirth ahead of them. Once they give up the ghost, they’ll be broken down and built up into brand new panels for another home – perhaps even yours, which would be weird.

If you don’t currently own solar panels, but you think it’s about time you joined the solar power movement, we can help. Enter your details into this short form, and you’ll hear from trusted, local installers with bespoke solar panel quotes.