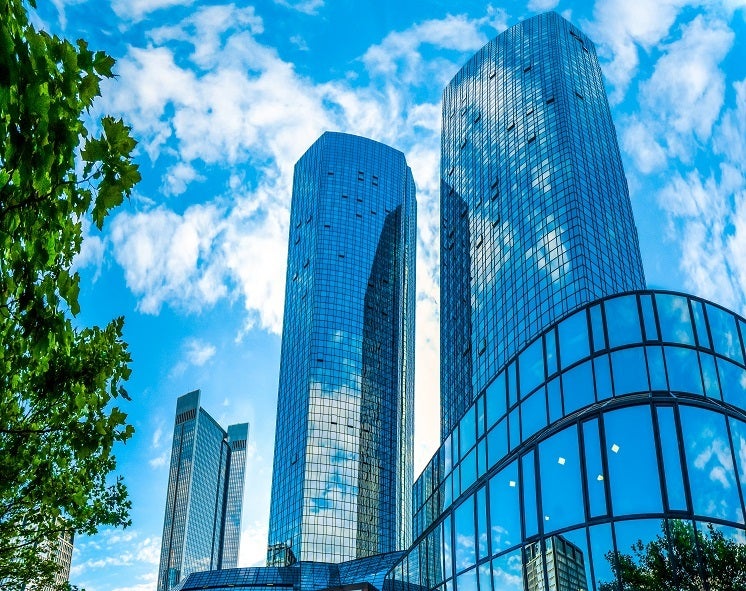 ✔ Scientists in Michigan have developed solar panels with 86% transparency

You will have noticed that standard solar panels are opaque, or in other words you can’t see through them. That’s because solar panels are trying to capture visible light in order to generate power, so it’d be useless if they were see-through.

Well, clever scientists around the world have spotted a window of opportunity; transparent solar panels. That’s right – panes of glass that can convert the sun’s light into energy, without being nearly as obvious as traditional solar panels.

In the near future, every window on this gleaming skyscraper could be a solar panel

What is a transparent solar panel?

It’s fairly self-explanatory: a transparent solar panel is a see-through solar panel, typically made of glass. Its sleek, subtle appearance makes it ideal for use in place of standard glass, which makes it a prime example of ‘building-integrated photovoltaics’ (BIPV).

In contrast, traditional solar panels (which usually come in black or blue) are extremely noticeable, and are usually placed on top of a building, as opposed to being built into it. Some people reckon that solar panels look ugly, so transparent solar panels offer a solution to this aesthetic problem.

How ‘transparent' are they?

The term ‘transparent solar panel’ can be a little misleading.

However, transparency is a spectrum, typically expressed as a percentage. If a company produces solar panels with 30% transparency, you won’t be able to see out of them with perfect clarity, but they are transparent solar panels nonetheless.

You might be disappointed to know that nobody has yet created a solar panel with 100% transparency. Some smart folk in Michigan are working on it (we’ll get on to that), but the market is largely dominated by panels with 30-40% efficiency.

So, in terms of transparent solar panels that are actually commercially available, don’t think “clear water”, think “water that’s a little bit muddy” – at least for the time being.

How are they made?

If you’re somewhat familiar with traditional solar panels, you might know that they use hefty wafers of ‘monocrystalline’ or ‘polycrystalline’ silicon.

When it comes to transparent solar panels, the process is very different. Manufacturers use a technology called thin-film photovoltaics (TPVs), which basically involves pasting ultra thin layers of semiconductor material (usually cadmium telluride) on a sheet of glass. They then stick another sheet of glass on top, to create a kind of cadmium telluride sandwich.

By ‘ultra thin layers’, we really do mean ultra thin. It’s usually nothing more than a few microns (i.e. a few millionths of a meter). This is what enables the glass to remain fairly transparent, because each layer of the semiconductor material causes only a slight increase in opacity.

Thin-film solar panels typically achieve an efficiency of approximately 7-10%. This percentage refers to the proportion of sunlight hitting the panel that is then converted into usable energy.

However, there’s a price to pay for transparency; standard monocrystalline solar panels have efficiencies of over 20%, with some premium models hitting 25%.

UK-based Polysolar have engineered a grey-tinted thin-film solar panel that has 12-15% efficiency, but it’ll be a while before thin-film manufacturers are competing with the old guard.

To create a solar panel that actually resembled normal glass, researchers at Michigan State University essentially had to rethink how solar photovoltaic technology worked. And they did a pretty good job.

Here’s the problem: standard solar panels capture visible light and convert it into power, but a truly transparent material would let all the visible light through. The answer? Capture all the light we can’t see.

All of this light is transformed into a different kind of infrared and moved to the edges of the pane, where small strips of traditional solar cells convert it into electricity.

Their solar panel boasts a mighty 86% transparency, but a measly 1% efficiency – there’s a long way to go.

How important is solar panel efficiency?

The poor efficiency of transparent solar panels is certainly a negative, but it’s not actually a major problem.

If a building has limited space for traditional solar panels, then efficiency becomes a very important consideration. However, if you’re replacing every window on the side of a building with a transparent solar panel, the individual performance of each panel becomes less of an issue.

What are transparent solar panels used for?

Although still in its infant stages, the transparent solar panel industry has been up and running for a few years. Here are some of the places you’ll find PolySolar’s see-through panels doing their thing.

How much do transparent solar panels cost?

In the long term, it’s expected that transparent solar panel installations will be around 50% cheaper than standard installations, mainly because buildings will be able to stick with their existing window frames and panes of glass.

So which companies are at the cutting edge of glass solar panels? Here are five big players worth knowing about.

Founded in 2007, Polysolar has been designing and manufacturing transparent solar panels in Cambridge, UK for over a decade. Its panels aren’t more than 30-40% transparent, but they’ve been popping up all over the country (as discussed above).

While the California-based Ubiquitous Energy might not yet have many real transparent solar panel installations to its name, it does have ambitious plans. The company was founded in 2011 by Richard Lunt – one of the MSU researchers who created the panel with 86% transparency – and its TLSC technology (now patented as ClearView Power™) is about to shake up the industry.

In May 2019, it was announced that Ubiquitous Energy is partnering with global glass manufacturer NSG Group to start integrating ClearView Power™ into architectural window glass.

Onyx Solar is all about scale. It has offices in three continents, its 4x2m PV glass is the largest available on the market, and the company has undertaken more than 250 projects so far, with big-name clients including Samsung, Apple, Coca-Cola, and Heineken. Its solar panels offer just 30% transparency, but this is pretty much the industry standard.

Dutch firm Physee’s transparent solar panel technology (PowerWindows™) has been implemented on numerous corporate buildings across the Netherlands, and it looks lovely. Install enough of Physee’s PowerWindows™ and you have yourself a Physee SmartSkin™, which might need a different name. Check out the absolutely gorgeous Physee website for an idea of what the company’s panels can do.

Based in Germany, Heliatek was given a Technology Pioneer award in 2015. Its patented Heliafilm™ technology allows for solar panels with customisable levels of transparency reaching up to 40%. Heliatek completed an installation in Spring 2015 that gave Europe its first solar concrete wall, located in Herne, Germany.

The pros and cons of transparent solar panels

The future of solar energy belongs to the transparent solar panel – it’s just a question of when it’ll make its claim. Smart folk the world over are working hard to engineer the perfectly clear, high-efficiency panel, and with new solar panel technologies coming on leaps and bounds, hopefully it won’t be long before they’re available for businesses and households alike.

In other news, standard solar panels are still in top spot. If you’d like to make the switch to solar, simply fill in this short form, and our professional installers will be in touch with quotes tailored to you.