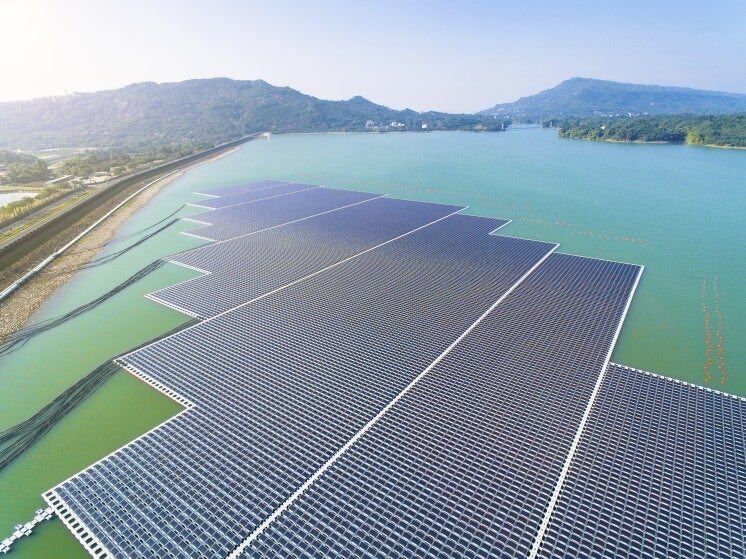 Since the dawn of humanity, people have benefited from the big ball of fire and light in the sky.

It has fuelled all of our endeavours simply by existing – and now we harness it better than ever, through solar panel technology.

But there are even more effective and exciting ways to utilise our remaining billion years of sunshine, as we attempt to help the planet by powering our pursuits in more sustainable ways.

Here are this year’s best of the best when it comes to solar innovations – and if that puts you in the mood to see what kind of quotes you can get for solar panels, just fill in this form.

You’ve seen our rankings above – now dive deeper into the ins and outs of this fascinating new tech, which may soon revolutionise global energy production.

The future is coming – so prepare to open your mind.

As well as powering your home, solar power can also help parts of the world which have unsafe drinking water. Two billion people – a quarter of humanity – drink contaminated water, according to the World Health Organisation.

But with advances in solar technology, that doesn’t have to be the case for much longer.

A solar-powered desalination system developed by researchers at MIT (Massachusetts Institute of Technology) and in China can provide around seven litres of drinkable water per hour, for each square metre of the solar network.

In Lagos, the capital of Nigeria, where there’s an average of more than eight hours of sunshine per day, this would result in 5,753 litres of potable water per day.

According to the National Academies of Sciences, Engineering, and Medicine, humans should drink between 2.7 and 3.7 litres per day – including the water in food, which makes up 20% of your fluid intake.

That means for the average person, 2.6 litres is enough – so a 100m² version of MIT’s solar network would supply enough drinking water for 2,213 people, every day.

The potential here is clear, and could lead to millions of water-poor people being supplied with this crucial resource.

There are clear and huge benefits to quality of life here, not to mention the incredible effect this would have on efforts to eliminate the numerous deadly diseases which are spread through contaminated water.

This kind of technology has already been implemented in Kiunga, Kenya, by a non-profit called GivePower. The system can provide 75,000 litres per day – enough to quench the thirst of more than 28,800 people.

But water can be used for more than one purpose, of course. Over the course of a day, the sun shines on all parts of the Earth, including the 71% that’s covered by water – so why not make full use of those expanses?

Floating photovoltaic systems – or, because humans love creating new words, ‘floatovoltaics’ – are the best way to expand solar capacity, which is currently hampered by its focus on using the 29% of the Earth that is land.

Anhui, in eastern China, is home to the world’s biggest floating solar plant – a 150MW system which generates enough energy to power more than 40,000 homes. The region also boasts a 78MW floatovoltaic farm.

Japan has also got on board, with a 13.7MW solar farm by the Yamakura Dam on Honshu island, while Cambodia now has a solar network which includes a 2.8MW floating farm.

Planned marine solar farms include a 145MW project in Indonesia, a 1GW plant in India, and a record-breaking 2.9GW system in South Korea that’s set to be 19 times more powerful than China’s record-holding behemoth.

Europe is now taking notice, and has started to turn to floatovoltaics as we begin this new decade. The biggest European floatovoltaic network is the 27.4MW network in Bomhofsplas, Netherlands, which opened in 2020.

This new way of creating solar energy saves on inhabitable space, and produces significantly more energy. Studies have shown that floatovoltaics generate electricity up to 11% more efficiently than land-based panels, because the water acts as a coolant.

The potential is huge. Research from the National Renewable Energy Laboratory shows that if floatovoltaics were installed on the US’s 24,000 man-made reservoirs, they could generate 10% of the country’s huge energy needs.

If you want solar energy to meet your needs, fill in this form to receive quotes from local experts.

The concept of solar skin could transform an industry which currently relies on thick, rigid panels.

If scientists can craft a thin, malleable layer of highly effective material, then solar energy could be harvested almost anywhere, with practically any object.

And the good news is: it’s happening. A research team at the University of Queensland broke the efficiency record for solar skin in February 2020, reaching 16.6%, according to The Guardian.

This means that it’s almost as effective as standard solar panels, which typically achieve 18-20% efficiency.

The scientists, who achieved this milestone by printing nanoparticles known as quantum dots onto transparent sheets, aim to raise the technology’s efficiency to 20% and use it to power phones by 2022.

And if the team has its way, come 2023, the skins will be coating roofs all over the world. After that, anything is possible.

If you can cover objects with new solar technology, why not cover your clothes too?

Nottingham Trent University researchers have developed solar cells which are just 3mm x 1.5mm – roughly the size of a flea. These cells can be embedded into yarn, which can then be turned into clothing.

200 cells can produce up to 80 miliwatts, which was enough to charge a Fitbit in trials – and the tech’s developers say that a clothing item interwoven with 2,000 of the cells would be able to charge a smartphone.

Imagine putting on your solar coat or dress, and knowing that your phone battery will be fine. Incredible.

The cells are even coated with a waterproof resin, so they’re able to withstand a run through the washing machine. You’ll be able to treat it like a normal piece of clothing, while still reaping the benefits.

And hey, let’s not forget the humble panel – the block of silicon that started it all. Just because it was there at the beginning of this renewable revolution, doesn’t mean it can’t move with the times.

Oxford PV’s Dr Chris Case, who we've interviewed about perovskite solar cells, revealed the company had “a roadmap that extends beyond 30% efficiency”, while CEO Frank Averdung said the product would soon be available commercially.

And in early 2020, Italian researchers reported in scientific journal Joule that their 1.43cm² graphene-infused solar cell has scored a 26.3% efficiency rate.

Both of these new developments in panel technology point to a future in which solar energy is so cost-effective that customers and companies naturally gravitate towards it.

So it’s possible to wear solar cells. But what about vehicles? Can they sport a layer of solar tech that enables them to also turn the sun’s rays into energy? Well, of course they can. This is the future.

And while we’re at it, why not aim higher than a puny land vehicle, and get closer to the sun in the process? That’s (probably not exactly) the thinking behind the PHASA-35, a plane created by British companies BAE Systems and Prismatic.

This sun-powered machine has a 35-metre wingspan – and every last centimetre is covered with lightweight solar panels which keep the plane flying during the day, while power is stored in the on-board battery to use at night.

In February 2020, the plane completed its first flight successfully at an Australian Air Force test range – and there’s much, much more to come.

BAE, which agreed to take over Prismatic in 2019, has claimed the PHASA-35 will be able to fly for up to a year in the stratosphere, without needing to land.

And the Australian Air Force stated after the initial test that it expected the plane to be commercially available within 12 months.

Undoubtedly, yes. As we’ve seen above, efficiency rates are increasing at the speed of – well, sunlight.

And new technology means that it’ll soon be possible for solar networks to be everywhere – from the cars and airplanes you travel in, to the clothes and smartphones that are on you at all times.

So is solar the future?

Definitely. Solar power is set to take over more of the renewable market, just as the popularity of fossil fuels fades in many developed countries – and it seems to hold the key to securing clean drinking water for the billions who don’t have it.

As the dangers of climate change become increasingly obvious and a reliance on polluting fuel sources becomes unmanageable, countries are turning to solar for energy independence and a green future.

And that’s wonderful, since leaps forward in green energy help all of us.

If you want to benefit from the renewable revolution, just complete this form to receive solar panel quotes from local experts.