✔ The company stopped because the government cancelled the Feed-in Tariff

IKEA is one of the best destinations in the UK for affordable, trustworthy home products, so you’d naturally look to this Swedish superstore for solar panels.

And for a brief, shining moment, IKEA sold solar panels and batteries in the UK, for the kind of low prices you’d expect from the Scandinavian giant. Unfortunately, IKEA stopped selling solar panels a couple of years ago, and in this article we'll explain what happened.

If you want to start saving money now, though, just fill in this quick form to receive a free quote from trusted solar specialists.

With the Smart Export Guarantee making it increasingly profitable for homeowners to invest in solar power, IKEA’s panels may yet return to enjoy more days in the British sun. 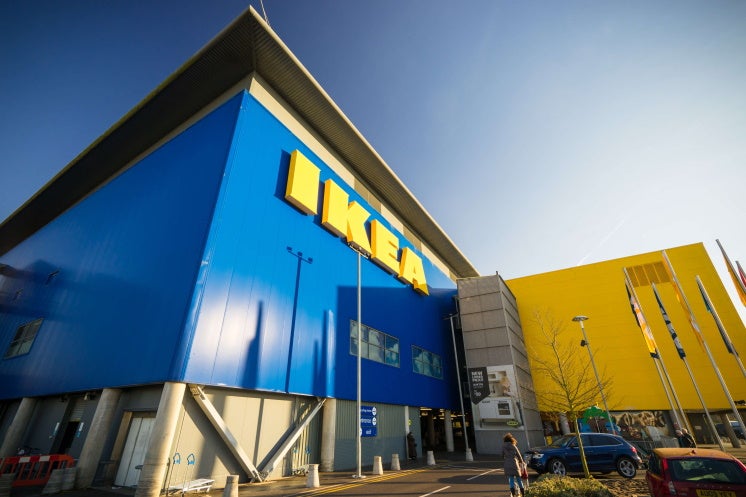 Yes and no. IKEA does sell solar panels – but not in the UK.

And in 2020, IKEA expanded its solar offerings into Australia.

But the UK hasn’t been able to access IKEA solar panels for years, with sales here officially “on pause” for the time being.

What happened to IKEA solar panels in the UK?

IKEA solar panels were launched in the UK in 2017, then pulled from the market in 2019.

What happened? To put it simply: the Feed-in Tariff ended.

Under this scheme, the government paid households for each kilowatt hour (kWh) of renewable electricity they produced, and homeowners could sell any unused electricity to the National Grid.

It was a roaring success, prompting a fourfold expansion of the UK’s renewable energy capacity, but it was shuttered at the end of March 2019.

This prompted IKEA to stop selling solar panels in the country, because the chain thought it no longer made financial sense for consumers to opt for solar.

An IKEA spokesperson said in 2019: “At this point in time, we do not feel that the majority of new home solar customers will get a good deal, making the commercial offer unviable until the UK solar market landscape improves.”

Solarcentury, which was IKEA’s solar partner in the UK at the time, explained: “The closure of the Feed-in Tariff and the uncertainty as to when and how this will be replaced means we are putting our solar offer under review.”

And the latest word from IKEA’s current solar partner, Svea Solar, is that “in the UK, sales are on pause.”

Could IKEA solar panels return to the UK?

IKEA hasn’t made any promises – but it seems like it’s only a matter of time.

The Swedish company has been consistent with its approach: it will sell solar panels when and where they achieve a significant return on investment for consumers.

On its Solar Home site, IKEA says: “To have a real impact we know we need to make our offer affordable, and combine it with an attractive financial offer.”

With the Smart Export Guarantee in place now, solar power is profitable in the UK once again.

And since the company stopped selling solar equipment in the UK, its passion for drawing renewable energy from the sun has only grown – it now has a stunning 750,000 panels on its buildings.

We asked IKEA if there were any plans to bring solar panels back to British stores, to which a spokesperson responded: “The UK [arm of the business] currently has no plans to begin selling solar panels at this current time.”

How much do IKEA solar panels cost?

IKEA typically charges much less for solar panels than other companies do.

Take its Australian arm, for example. In Melbourne, thanks partly to government help, you can purchase a 6.6kW solar array from IKEA for AU$3,419 (£1,800).

In the UK, a household with the same solar array would pay off the cost in three years.

This is the crucial factor – the reason why it matters whether or not IKEA starts selling solar panels on these shores again.

Solar panels are profitable in the UK, but not until you’ve had them for 10.5 years.

Cutting that number down could put thousands more pounds in homeowners’ pockets – and make a sizable impact on the UK’s carbon footprint.

As with solar panels, IKEA no longer sells solar batteries in the UK.

The company does still sell solar batteries in many European countries, plus Australia, and the signs are good that it’ll bring the product back to UK stores at some point.

You could play the waiting game, since it seems inevitable that IKEA will begin selling solar panels and batteries to UK consumers in the next few years.

Or you could start profiting from solar panels by purchasing them from one of the many high-quality manufacturers that already sell their products in this country.

After all, solar energy is popular right now, with 65% of people telling our National Home Energy Survey that they were likely to buy a house with solar panels.

If you can’t wait to begin saving money, you can fill in this quick form to receive a free quote for home solar panels.