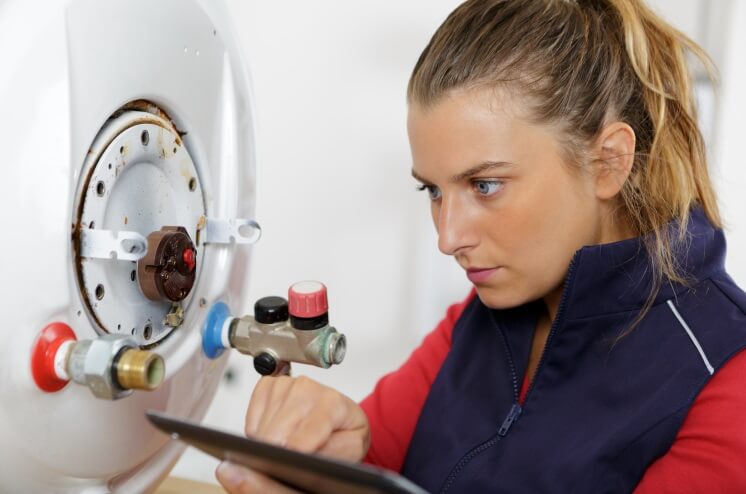 ✔ Installing a new boiler could save you up to £4,725 over its lifetime

✔ Companies must replace around 35,000 heating systems per year – for free

Disclaimer: Our webform is for requesting quotes to buy a boiler. It is not an application for a free boiler.

You can end up spending thousands of pounds on a new boiler – but if that kind of one-off expense is unthinkable to you, there’s a chance you might qualify for the government’s free boiler scheme, ECO3.

The scheme helps people in England, Scotland, and Wales who truly need assistance with their energy bills. As an added bonus, it’s also good for the environment, as it creates more energy-efficient homes.

There are also programmes available to customers of specific energy companies, and you should take advantage of any and all that you can.

After all, who doesn’t want to save on their energy bills?

If you don’t qualify for any of the schemes, you can still save on your heating and electricity costs by purchasing a new boiler. Receive free boiler quotes by completing this form.

Getting a free boiler can save you thousands of pounds

What are free boiler schemes?

This term applies to any programme which helps people to obtain a free or heavily discounted boiler. They are usually only available to economically disadvantaged households.

The main example of this is the government’s Energy Companies Obligation scheme (ECO3), which makes companies legally responsible for providing homes with free or subsidised boilers and other heat-saving methods.

There are other schemes which aim to help the public meet their energy requirements, run by the companies themselves for their own customers. Here’s a comprehensive list of all the funds which may be available to you.

Free boiler grants and schemes in 2021

The ECO scheme is a law that helps homeowners or tenants on a low income, or those claiming certain benefits, to replace their old, inefficient boiler by compelling companies to help them.

Since ECO was launched in 2013, it's helped cut carbon emissions in more than 850,000 homes – and the government has set a further target of helping one million households.

As well as enabling people to get better heating, ECO also helps to reduce the amount of energy we use, as the boilers installed are modern, energy-efficient gas models.

ECO3 requires suppliers to provide any or all of the following to people who qualify, at a free or heavily discounted rate:

Companies are obliged to replace the equivalent of up to 35,000 heating systems per year, and have to make sure that 15% of the households they help are in rural areas.

They’re also no longer allowed to fit any home with a boiler that uses coal – the most polluting fossil fuel.

Through this anti-coal move, and by getting more insulation installed, the government aims to save 1.8 million tonnes of CO2e (carbon dioxide equivalent) with the scheme.

Can I get a free boiler?

Yes, you can absolutely get a free boiler through ECO3 – as long as you fulfil the conditions, which are designed to help the people who need it most.

If you’re not one of those people, no problem. You can profit from getting a new boiler regardless, and save hundreds of pounds over the lifespan of your machine.

Just fill in this form to get a free boiler quote from trusted experts.

How do I qualify?

You can qualify for help through ECO3 if you’re part of the Warm Home Discount Scheme, or if you receive any of the following:

Who supplies the free boilers?

An energy company will supply your new boiler.

Once a company has attracted enough customers and supplies them with more than a certain level of electricity and/or gas, the company is made to enter into the ECO3 scheme.

Ofgem media manager Michelle Amos explained to The Eco Experts how the government regulator then calculates the target that a business must reach.

“The gas/electricity supply volume amount that is in excess of the threshold amount is used to determine a supplier’s obligation.”

Companies are then compelled to supply people with new boilers – either for free or for a reduced price – until they meet their target.

Here are the companies currently involved with ECO3:

Are there penalties for missing free boiler scheme targets?

Yes. Ms Amos laid out exactly how costly it can be for companies that fail to fulfil their obligations.

“We can impose financial penalties of up to 10% of a licensee’s turnover, and make consumer redress orders and issue provisional/final orders for breaches of relevant conditions and requirements under the Gas Act 1986 and the Electricity Act 1989.”

She pointed out that Ofgem took action against Utilita in 2019, fining the company £175,000 for actions which would have deprived consumers of £30,000 in energy savings.

The money went straight into the Energy Redress scheme, a fund controlled by the Energy Saving Trust which gives charities money to help economically disadvantaged people meet their energy needs.

Pros and cons of the ECO3 scheme

Other government schemes which help with your energy bills

You can get between £100 and £300 towards your heating bills if you were born on or before 5 April 1954, and receive a State Pension or certain other benefits.

Usually, you’ll receive your Winter Fuel Payment automatically – but if you think you’re eligible and have been missing out, you can also apply manually.

The government may give you £25 for each week between the start of November and the end of March that contains seven consecutive days which are zero degrees celsius or below. If you receive any of the following, claim now.

If you're a pensioner or live in a low-income home, you may qualify for a one-off £140 discount on your electricity bill between September and March.

This discount doesn’t affect your ability to receive a Cold Weather Payment or Winter Fuel Payment.

If you would rather get the discount on your gas bill, you can do so, as long as the same company supplies you with gas and electricity. If this is the case, you should contact your supplier.

It’s also worth mentioning the AWO, which you may encounter while looking for ways to save on your energy bills. Don’t be confused – it’s exactly the same as the ECO scheme.

Before 2018, ECO had two parts: an obligation to provide warmth to underprivileged homes (the AWO), and the Carbon Emissions Reduction Obligation (CERO), which did what it said on the tin.

Unfortunately, come 2018, the government dropped CERO from the programme, and made ECO entirely focused on providing affordable warmth. So now, AWO and ECO are one and the same. 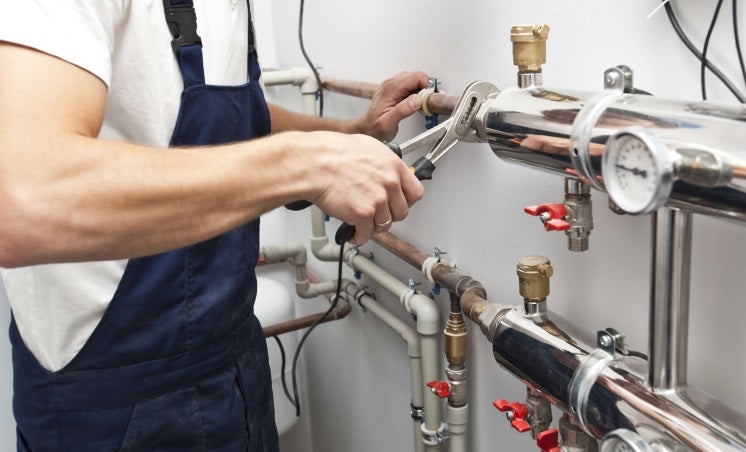 Help is available from companies and the government

Companies don’t always need to be prompted by the government – sometimes, they’re capable of helping customers without any obligation.

So depending on your energy supplier, you might be able to get help in other ways than ECO. Sometimes, you don’t even have to be a customer with that company!

The British Gas Energy Trust funds organisations which give people advice on how to tackle fuel debt and other financial issues.

And, regardless of whether you’re a British Gas customer or not, the trust may be able to award you with grants to clear your electricity or gas debts.

To qualify for help, you must:

The npower Energy Fund helps npower customers who are struggling with their energy debt, or relying on old, broken-down machines.

If your application to the fund is successful, npower can clear all of your debts, or buy you a new white good – that is, a cooker, fridge, fridge-freezer, or washing machine.

But it comes with a catch: if npower decides to give you some money or replace your device, you won’t receive it for three months.

During that period, your debt will be suspended, but you’ll have to prove you deserve the award by paying three months of energy bills – otherwise npower won’t give you your grant.

On its website, the energy company explains that paying for three months of energy allows applicants who have won a grant to “demonstrate their commitment to achieving financial sustainability”.

The ScottishPower Hardship Fund provides assistance to current or recent customers who are struggling with energy debt because they have low household income.

Along with your application, you must supply ScottishPower with:

The company will then typically clear 65% of your energy debt.

The OVO Energy Fund offers one-off payments of varying levels for customers who need to get out of energy debt.

You can apply if:

The E.ON Energy Fund may be able to help you with paying all of your current or final E.ON bills, and could repair or replace your white goods or boiler for you.

You need to be at least £50 in debt to apply for the fund to clear your debt.

When you apply, provide evidence of your:

It also offers grants that allow you to buy energy-efficient white goods such as cookers, refrigerators, and washing machines, and can also pay for a new, free boiler. It all depends on your circumstances.

An EDF representative told The Eco Experts that the criteria for receiving assistance were similar to those of other companies, so be prepared to provide your information about your:

An SSE representative told The Eco Experts that the company provides energy debt relief and pays for customers’ white goods during “key points of the year” – this is great, but means help isn’t available all the time.

SSE can also help you by:

Free boiler schemes which have expired (in memoriam)

If you’re confused about the absence of your favourite free boiler scheme from this page, we may have bad news for you.

Here are the schemes which have unfortunately fallen by the wayside over the past few years.

This government-run programme gave a voucher for £400 to households that were willing to trade in their extremely inefficient boiler for a high quality model.

It was open to the roughly 125,000 homes that had a boiler with a G rating or lower, and was a wild success after it launched in 2010, with all the vouchers claimed in just a few months.

With its purpose served, there was no reason for it to continue.

The other ECO schemes

Like Manchester City, the monarchy, or your local Time Lord, ECO has gone through several iterations. Here are the key stages.

During the first version of ECO, from January 2013 to March 2015, big energy companies were required to help meet targets which saved money and reduced carbon emissions.

They managed to exceed these aims, saving 28.2 metric tonnes of CO2 and £5.16bn in energy costs.

From April 2015 to March 2017, we were graced with ECO2, which raised ambitions for the environment and the consumer.

The government extended this part of the programme until September 2018, dubbing the new period ECO2t.

In 2019, Ofgem revealed Utilita, npower, and Extra Energy (which shut down in 2018) had failed to meet all their obligations.

The scheme was still a success though, saving 27.4 metric tonnes of CO2 and £6.89bn in customer savings.

Large energy companies have been forced to comply with targets which help people all over the UK to get cheaper energy bills and free boilers.

If you qualify, you should absolutely take advantage of ECO3, by getting the help you deserve.

If you don’t qualify, you can still save plenty of money by completing this form so you can receive free boiler quotes from local specialists.