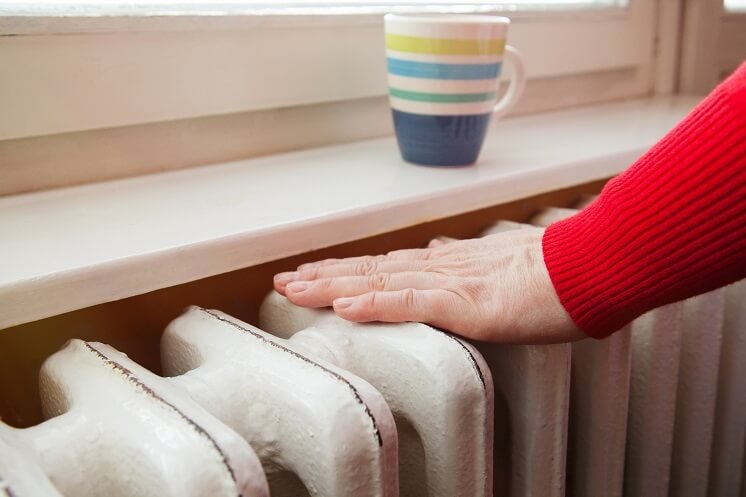 If you’ve heard about the government’s plans to ban gas boilers from 2025 onwards, you might be one of the many homeowners having to look for alternative ways to heat your home.

If electric combi boilers are an option you’re considering, you can expect to pay roughly £1,500 for the average 9 kW boiler. But remember, this figure will fluctuate depending on a few key factors, including the size, type, and make of the electric combi boiler you go for.

Want a better idea of how much it’ll cost you to invest in an electric combi? We have all the information you’ll need waiting further down the page, including comparison costs between electric combi boilers and their gas counterparts.

What is an electric combi boiler?

A combi boiler combines two functions – water heating and central heating – within one compact unit without a water storage tank. Unlike system boilers, the combi boiler heats up water only when you need it, which is great for both the environment and your energy bills.

Whenever you turn the hot tap or pop the heating on, cold water is sourced from the mains, goes through the combi, and gets warmed by the heat exchanger – which, in this case, is powered by electricity.

An electric combi boiler simply means that this appliance is connected to the mains electricity supply, rather than gas or oil.

While an electric combi boiler will use electricity to heat water for your taps and radiators, a storage heater works by drawing electricity over the course of a few hours at night, and storing it as heat in a ‘bank’ of clay or ceramic bricks to use the following day.

How much does an electric combi boiler cost?

Generally, electric combi boiler costs start as low as £500, but if you’re after a top-of-the-range model, prices can reach up to £4,500. Overall, the average cost of a 9 kW electric boiler is around £1,500.

If you think your home would be suitable for an electric combi, you’ll also need to consider which size you want to go with. As a basic rule, you should add 1.5 kW for every radiator in your home.

Although smaller boilers are cheaper to buy – and to run – they may not be as efficient as larger models, which might mean you could lose money in the long run.

To give you an idea of how much it’ll cost you to buy different types and sizes of electric combi boilers, check out the table below.

Bear in mind that these prices don’t include installation costs or VAT. The cost of installing any boiler can vary a lot, depending on a number of things including your location, the manufacturer that you choose, and the size of the unit. On average, you can expect a combi boiler installation to cost £1,850 – so make sure to factor this in on top of the initial price.

How does this compare to other types of boilers?

Before you switch to an electric combi boiler, it’s a good idea to see how it compares to other heating systems.

To help you with this, we’ve outlined the potential costs for different types of heating systems below:

Electric combi boilers are sitting comfortably in the middle of the table. Although £4,500 sounds like a lot of money to fork out, it’s practically pennies compared to potentially £35,000 for a biomass boiler or £25,000 for a ground source heat pump.

However, it’s also important to consider how much an electric combi boiler will set you back on bills each month, which leads us on to our next point.

How much does an electric combi boiler cost to run?

Although the initial cost of an electric combi boiler will only set you back a few grand, these appliances are powered by the most expensive fuel out there at the moment: electricity.

If your heating is currently powered by gas, swapping to an electric system might be a bit of a shock. A single kilowatt-hour (kWh) of gas currently costs 4.65p, whereas the average price for a kWh of electricity is 20.06p – in other words, electricity is now roughly four times more expensive than gas.

To put this into context, we’ve outlined different energy costs, per kWh, with different types of fuels.

Clearly, powering your home with electricity is pricey – but you don't always have to rely on the grid to power your electric combi boiler. Instead, you can try to hook it up to some solar panels.

Solar PV panels turn solar energy into electricity, which can then be used to power the appliances around your home, including an electric boiler. So, technically, you could be heating your home for free.

But what about in the evening or during the night? If you can afford it, you can install a solar battery, which will store any extra energy generated in the daytime for you to use later on.

Should you get an electric combi boiler?

The government has pledged to ban gas boilers in all newbuilds from 2025, and all other households will have to remove gas boilers from 2035. Given that roughly 85% of UK homes are powered by gas, an awful lot of homeowners will be looking for greener alternatives.

If you come under this umbrella, an electric combi boiler might be a good way for you to stay warm whilst also lowering your emissions.

On top of this, you won’t need a flue (a duct, pipe, or opening that transports exhaust gases outside), which is ideal for people in apartment blocks – you’ll save thousands of pounds by avoiding scaffolding costs.

However, an electric combi boiler might not be for everyone. Homeowners with older properties, for example, probably won’t have suitable pipework – meaning they’ll need a complete upgrade to the whole system in order to make a combi boiler work.

On top of this, since these types of boilers don’t cope well with multiple hot water appliances running at the same time, it might take a while for some people to adjust to living with a combi.

The ECO scheme is a law that compels companies to help homeowners or tenants on a low income, or those claiming certain benefits, replace their old and inefficient boilers.

However, as it stands the scheme only installs modern, energy-efficient gas boilers.

If your current boiler is approaching the end of its life, it’s time to start thinking about whether an electric combi could be a new addition to your home.

Before you jump at the opportunity for a decently priced unit, it’s worth weighing up whether the cost of electricity will lead you to pay more in the long run.

Once you’ve figured this out, you’ll be on track to creating a more eco-friendly, cosy home in no time.