What is Wimbledon’s Carbon Footprint?

✔ 84% of emissions come from fans travelling to the tournament

Wimbledon is a massive endeavour.

Half a million people flood into south-west London every year to watch the best tennis players in the world don their whites and compete at the Grand Slam, making Wimbledon the UK’s most popular sporting event.

In years unaffected by COVID-19, this SW19-based celebration of tennis has a carbon footprint of 35,894 tonnes of CO2e* – the same amount 143,600 Brits emit over a fortnight.

Compared to Glastonbury Festival’s negative footprint, that’s a bad result – though it compares favourably with Euro 2020, which emitted a frankly ridiculous 405,000 tonnes.

In just two weeks, Wimbledon adds the equivalent emissions of 5,522 people to the UK’s annual total. Let’s see how that happens.

Wimbledon’s half-million attendees usually emit 0.25 tonnes of CO2e each in their everyday lives. Attending the tournament makes them responsible for an extra 22% on top of that.

Wimbledon takes recycling seriously, to the extent that it cuts the UK’s waste emissions during the tournament.

The organisers send zero waste to landfill – a positive step, as landfills are bad news for the planet.

The food waste that’s left from all those fish and chip meals and strawberries and cream boxes is also collected, so it can start a new life as high-quality fertiliser for farmers and gardeners.

In fact, 100% of Wimbledon’s estimated 5,600 tonnes of waste is recycled in some way – though not all recycling is equal.

Blame waste-to-energy. Wimbledon recycles everything it can, but it hands the rest to facilities which burn rubbish to produce electricity.

That sounds great, except the process releases 580g of CO2e for every kWh of electricity it produces – 2.5 times higher than the 233g average for domestic energy sources.

It’s less efficient than coal, and coal is extremely bad.

Waste-to-energy also emits, on average, 1.2 tonnes of CO2 per tonne of waste, according to the government’s Environment Agency.

However, that does mean an outstanding 90% of Wimbledon’s waste is recycled – double the average UK household recycling rate of 45%, according to the latest government report.

Using a Journal of Cleaner Production study which places waste’s carbon footprint at 224kg of CO2e per tonne of rubbish, we estimate this saves 1,129 tonnes of CO2e.

That means Wimbledon stays in credit – for now. 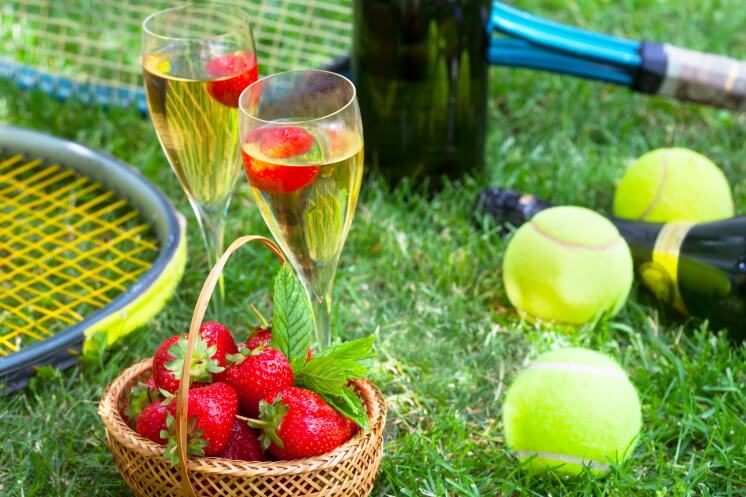 In 2018, the All England Lawn Tennis and Croquet Club (AELTC) – which runs Wimbledon – started measuring emissions for the tournament, which is worth applauding and certainly makes our task easier.

Over the course of 2018/19, the AELTC calculated that Wimbledon was directly responsible for 6,062 tonnes of CO2e, 3,562 tonnes of which comes from its energy usage.

This figure would be much higher, but the AELTC uses almost 100% renewable electricity, meaning Wimbledon ends up releasing a relatively paltry 51 tonnes of CO2e from its prodigious electricity usage.

If Wimbledon sourced its electricity from the local grid, it would emit 4,591 tonnes of CO2e every year. By using renewable electricity, the competition saves 4,540 tonnes.

Instead, 79% of the competition’s energy emissions come from gas, which the AELTC uses for heat, hot water, and cooking. These activities emit 2,814 tonnes of CO2e.

By their own admission, organisers are looking to reduce the tournament’s dependence on gas, promising on their site: “We will be more efficient in our use of both gas and electricity.”

This is, by far, the biggest contributor to Wimbledon’s carbon footprint.

91.3% of the tournament’s total emissions – a massive 33,461 tonnes of CO2e – is released as fans, players, officials, media, and staff travel to south-west London.

The 500,397 fans who turn up for Wimbledon are responsible for 29,956 tonnes, which also makes up the great majority of the tournament’s emissions.

And the AELTC estimates that 2,500 tonnes is emitted as players, officials, and staff fly to Wimbledon.

In contrast, the roughly 5,900 staff and 75 players who were already in the UK – and who therefore drove to the tournament – let off 165 tonnes of CO2e, according to calculations we made using data reported by The Guardian.

Driving is certainly bad for the environment – 165 tonnes is equal to the annual emissions of 25 people in the UK, and the AELTC has acknowledged this fact by arranging for electric cars to transport players during the tournament – but flying is much more damaging.

Overall, air travel accounts for 56% of Wimbledon’s emissions – 20,122 tonnes – despite transporting just 11% of the people who come to the tournament.

Hattie Park, the AELTC’s sustainability manager, told The Eco Experts that there was a limited amount the organisation could do to combat plane emissions.

“The reality is that by 2030, we’re not going to have carbon-free flights,” she said.

She explained that Wimbledon plans to rely on offsetting to counteract the 2,500 tonnes of CO2e emitted by flights for players, officials, and staff.

“We’ll look to buy verifiable carbon-free offsets to balance out these emissions, and perhaps we can collaborate with other sporting organisations to encourage more rapid decarbonisation from the airline industry.

“But in the short term it’s about balancing that with carbon offsets, because this is an international event. I see carbon offsetting as part of the transition to decarbonisation.”

Offsetting isn’t ideal – the best way to combat climate change is to cut emissions – but it seems like the only compromise if we want to continue holding events that require air travel.

We must however remember that offsetting is, at best, a short-term last resort. It will not solve the climate crisis. 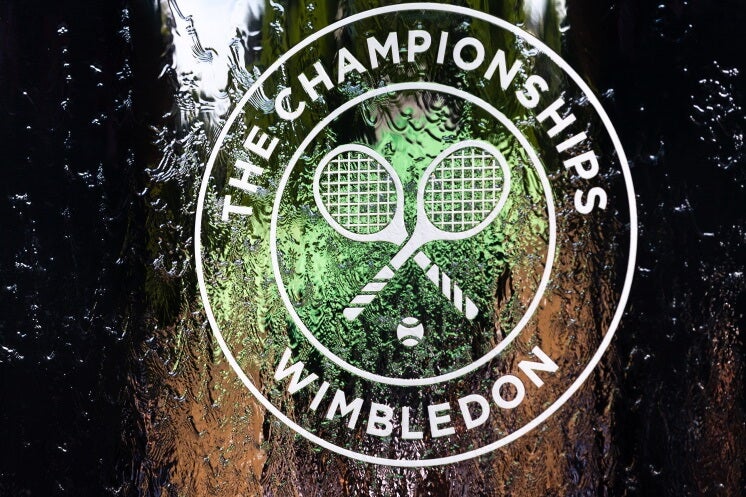 What other steps is Wimbledon taking?

The AELTC has pledged to reduce direct emissions from Wimbledon to net-zero by 2030.

Among the ambitious plans it has to reach this goal, the AELTC wants to create its own renewable electricity.

Ms Park admitted that “we won’t ever generate all of our own electricity on our site,” but said it was an important step nonetheless.

“We already have some solar PV at our off-site community sports centre, and we’re currently constructing a covered courts building with some solar panels,” she explained.

The AELTC is also close to securing approval for its Wimbledon Park Project, which would allow it to build another show court in a new, 9.4-hectare public park.

It intends to plant 1,500 trees in the park, which would cut the tournament’s footprint by 120 tonnes.

The tournament also held its first Environment Day in 2021, which saw Wimbledon partner with the BBC, the Met Office, and UN climate change conference COP26 to educate and influence the public.

Ms Park said that “dedicating a whole day to the environment, and seeing the chairman invite environmental champions to the Royal Box so we could attract attention to the work they do – I think that’s the biggest thing we could do, to use our platform to spotlight the importance of addressing climate change and biodiversity loss.

The AELTC also donates part of its proceeds to charity. In 2020, its Wimbledon Foundation gave £2,256,000 to various causes including people experiencing homelessness, the local community, and WaterAid.

Wimbledon is making serious strides towards cutting its carbon footprint.

Its impressive use of recycling and renewable electricity has already made a tremendous difference, cutting its emissions by 5,669 tonnes, and its annual Environment Day inspires people to fight climate change – but we’re ignoring the elephant on the court.

Even if the AELTC succeeds in getting its direct emissions to net-zero, it will only remove 16.7% – one-sixth – of the event’s total emissions. Most of the rest comes from air travel.

Just by existing, an international event that requires and encourages more than half a million people to make their way across the world hurts the climate.

This may cease to be the case if – or when – air travel becomes sustainable, but for now, it’s an uncomfortable truth.

Everything we do has an impact on the climate. Is more than 35,000 tonnes of CO2e an acceptable price to pay for this cultural and sporting institution?

That’s up to us to decide, as a society – but at least we can make that choice with our eyes wide open.