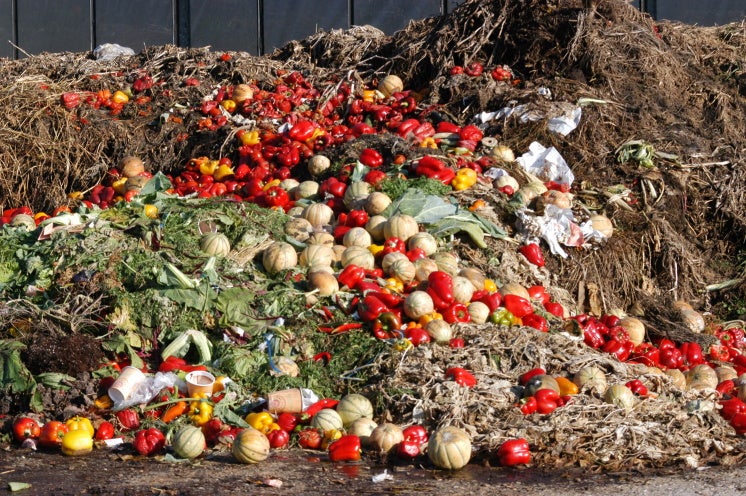 ✔ Food waste is responsible for 3.1 billion tonnes of CO2e per year

✔ Composting is the most environmentally friendly option for food waste

Food waste is a resoundingly awful example of global inequality and inefficiency.

One-third of all food is thrown away every year – a total of 1.3 billion tonnes. If we gave that to the world’s 820 million chronically undernourished people, it would provide them with 10 meals per day, every day, forever.

That means 6% of the world’s 52.3 billion tonnes of CO2e emissions come from food waste – a source that is definitively useless and unnecessary.

But what happens to that waste when it’s out of our sight? Let’s find out.

What is food waste?

Food waste is all food that could have been consumed by humans but was instead lost or thrown away.

This term encompasses the entire process of food creation and delivery, from farm or factory to fridge, from the crops that weren’t harvested to the bread tossed out by a family.

Sometimes the phrase ‘food loss’ is used for the first stages of food production, including harvest, storage, and transportation, while ‘food waste’ is used for edible food that’s thrown away.

On this page, we’re going to refer to all food that’s wasted as food waste, because any food that could’ve been eaten – and wasn’t – is a waste.

How is food wasted?

63% of food waste happens before anyone gets the chance to eat it, according to Our World in Data.

It’s lost in the harvest, production, or storage phases of the global food operation.

This could be crops left to rot in a field or burned to make way for a new crop, poor refrigeration techniques by those transporting the food, or delays that mean fresh fruit has gone off by the time it’s ready to be sold.

Food has a shelf life, which means the global food supply is at the whim of capricious weather patterns, local problems with infrastructure, low governmental refrigeration standards, and many more issues.

If you can think of a problem that could affect the way a country produces and moves its products, the food process is affected by it.

The remaining 37% of food waste can be laid at the feet of the retail and hospitality sectors, and households all over the world.

Supermarkets, hotels, and homes can all be guilty of over-ordering, supplying more than a consumer wants, or simply not using food in time.

Where does food waste go?

Food waste is either disposed of in an environmentally friendly way – by recycling it – or in one of the ways that hurts the climate, like dumping or incinerating it.

Just 19% of all solid waste is used for recycling – including composting – according to Our World in Data – and there’s no reason to think that food waste is any different.

When food waste is sent to a landfill, it breaks down and releases CO2 and methane, which both contribute to climate change.

This is also the case when food ends up in the sewer before its time, which happens to 23% of the food wasted by UK households, according to the Waste and Resources Action Programme (WRAP).

The effects of CO2 are well-publicised, but methane is actually 56 times worse for the climate than CO2 over the course of 20 years, according to the United Nations (UN).

That’s part of the reason why eating beef is six times worse for the environment than eating chicken: the methane that cows release does tremendous damage to the climate.

34% of the UK’s total food waste – 3.2 million tonnes – is either dumped in a landfill or a sewer, according to WRAP.

There’s also the dumped waste that can’t be tracked – the food left on the street that poisons small animals, or the food discarded by a stream that ends up polluting a river and killing fish.

This casual wastage can warp animal populations, for example by massively increasing the number of predators in an area, who in turn threaten the existence of certain prey, according to a Yale study.

Many seagull populations have grown substantially as a result of this kind of food waste, and it’s also attracted brown bears, wolves, and leopards into cities around the world, as they know food will be lying around.

These predators can then attack pets or livestock. 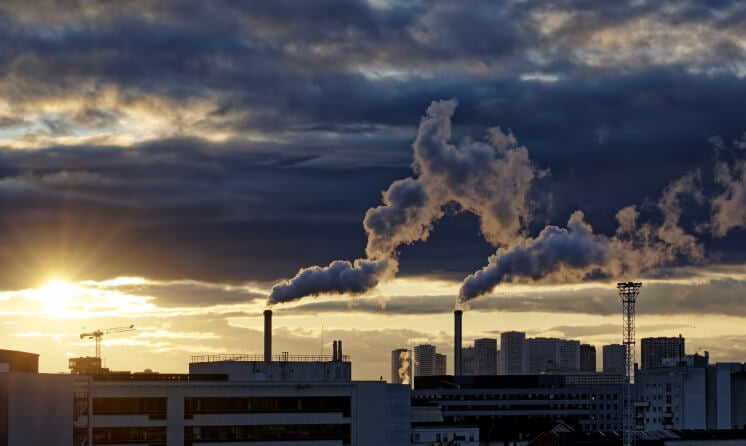 If it’s not dumped, some food waste is incinerated, either for energy or simply to get rid of it. In both cases, it’s incredibly polluting.

Waste-to-energy facilities emit four times more greenhouse gases per unit of electricity than gas-fuelled power plants, while burning solid waste in the open is a sure-fire way to become one of the most polluted cities in the world.

What happens to food waste in landfills?

A disaster in slow motion, pretty much.

It’s obvious what happens to food waste in incinerators – the clue is in the name – but the next scene after your food is tossed on a heap in a landfill is much less dramatic.

The contents of a landfill are left alone, allowing the food there to decompose, releasing CO2 and methane as it does.

This means food that could’ve been eaten in a more efficient global system instead contributes to climate change every day, in a completely unnecessary way.

In many countries, including the UK, these emissions – known collectively as landfill gas – are used to generate energy that some, including the UK government, falsely position as renewable.

This isn’t a perfect or even good solution, because landfill gas is roughly 50% methane and 50% CO2.

When burned for energy, it produces greenhouse gases – less than natural gas, which generally contains 90% methane, but that shouldn’t be anyone’s benchmark.

And even in a wealthy nation like the US, the government estimates that only 60% to 90% of landfills’ methane emissions are captured through this method. One Dutch study showed the efficiency ranging from 10% to 90%.

That’s not a renewable source of energy. As we’ve stated before, renewable energy comes from a source that regenerates on a human timescale and produces minimal emissions that contribute to climate change.

Landfill gas is a pollutant, and should be avoided.

How is food waste recycled?

Landfill gas is one of the ways in which food waste is recycled, though this seems more like mitigation than a solution.

Fortunately, some food waste is recycled in a truly environmentally friendly fashion, through composting.

All you have to do is harness the natural process of decomposition. As an organic material like food breaks down, it forms a moisture-rich component, known as compost, that you can add to soil to improve its ability to grow plants and food.

You can even add coffee filters, black-and-white newspapers, unbleached paper napkins, and manure to your compost pile.

You can use compost to create a truly renewable process. You can grow food, then use any waste from that batch to help grow another garden’s worth of food.

Composting is also performed on an industrial scale, and is the best solution to food waste – other than simply not wasting food, of course.