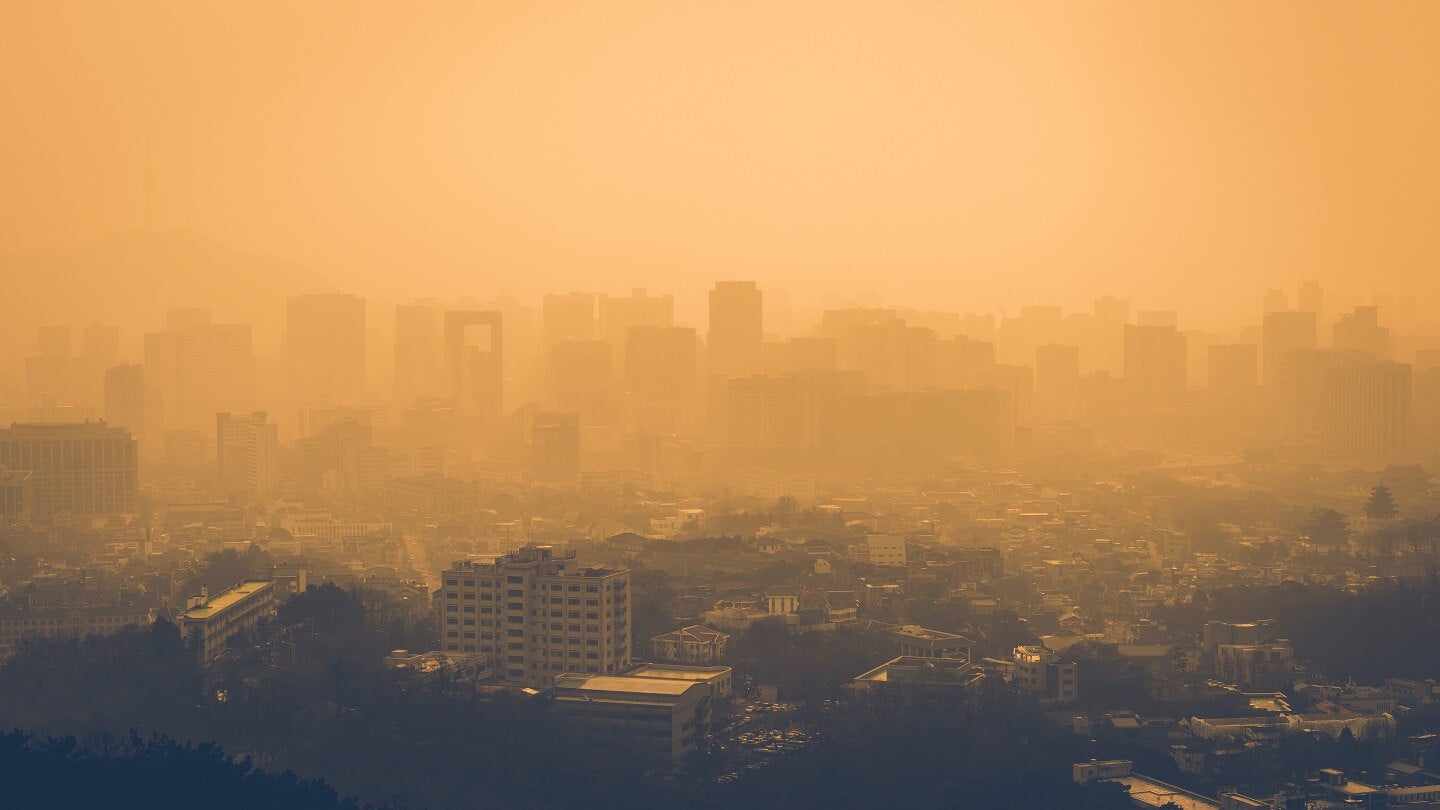 Looking back at the past decade, it’s hard not to feel depleted. The country has declared a climate emergency, plastic pollution is at an all-time high, we’ve seen the hottest years on record, and more animals have reached extinction. Ultimately, we’ve seen the impact of our consumerism sky-rocket to new levels.

Although this paints quite a bleak picture, this decade wasn't all bad. It has also been the decade where the world has woken up to climate change (and tried to do something about it). We’ve seen an ever-growing use of renewable energy, climate strikes beyond belief, and the lowest use of coal since records began.

As we enter 2020, the push for change will continue. But despite this hopeful undertone, there are still huge industries that need to pack in the pollution before it’s too late. Read on to find out which major industries are polluting the world the most, and what we can do about it. 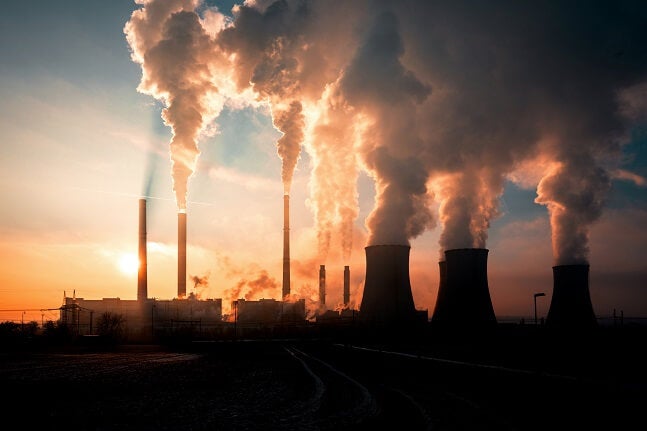 How have we worked this out?

There’s no set way to measure the top polluting industries, so we thought we’d guide you through our methodology. There are five main types of pollution troubling our planet: air, water, soil, light, and noise. Whilst all of these are undeniably harmful to us, air pollution and water pollution pose the biggest threat.

In 2017, air pollution contributed close to five million deaths globally – that’s nearly one in every 10 deaths. And as for water pollution… 14 billion pounds of plastics are dumped into the ocean each year, contributing to 1.5 million children’s deaths, and poisoning our precious sea life.

So, our data is driven by how much industries are contributing to these two types of pollution.

One reason the fuel industry is causing so much harm is because we rely on energy and fuel for everyday tasks, from small things like charging our phones to big things like long-haul flights. We also need coal and oil to make products such as medicines and plastics.

As population levels rise, we’re requiring more and more fuel for everyday life. It's estimated that the world consumed 100.3 million barrels of oil per day in 2019. To put this into perspective, our oil consumption in 2006 was 85 million per day. Can we sustain this growth in consumption?

When all these fossil fuels are burned, it releases a mass amount of CO2 into the atmosphere – consequently warming up the world. Check out the annual carbon emissions from each type of fossil fuel below:

But it’s not just the atmosphere that’s suffering – the ocean is also feeling the impact. Oil spills can damage sea life substantially, poisoning fish and birds, destroying the insulation of fur-bearing animals, and reducing the water repellency of birds.

What’s most worrying about this is that, throughout 2018, approximately 116,000 tonnes were spilt. Although this is a shocking amount, it is one of the lowest figures since records began in 1970.

Eating meat and dairy products is just a natural part of life, right? Well, sort of. The global population is constantly growing – and it’s more than the world can handle. At this point, we have to ask ourselves: can our world cope with our ever-growing consumption?

But why does meat farming cause so much harm to the environment? Well, agriculture accounts for a shocking 13-18% of the world’s total greenhouse gas emissions. Most (65%) of the agricultural emissions are methane and nitrous oxide, which mostly come from cows.

The breakdown of emissions:

*Enteric fermentation is a digestive process. Carbohydrates are broken down by microorganisms into simple molecules for absorption into the bloodstream.

Burning land for agriculture is an additional issue that we're facing. Destroying this land both increases CO2 emissions and removes trees that absorb CO2.

This year, the deforestation of the Amazon rainforest grabbed people’s attention around the globe. Over a single month, 870 square miles were lost to fires – a rise of 278% compared to the same month last year – most of which was due to agriculture.

How can clothes be so environmentally destructive? Well, when you combine the fashion industry's CO2 emissions, and the mass of clothes waste that is dumped around the world, it’s a no-brainer. In fact, fashion production currently makes up 10% of humanity's carbon emissions.

We're not saying that this applies to all fashion, just ‘fast fashion’. Fast fashion refers to clothing made from cheap material – often containing microplastics. On top of this, the clothing is usually manufactured in Asian countries, where most factories run on coal and gas.

Now that we're in the digital era, we have to take the delivery into account as well. The combined annual emissions of postal services in the US, such as FedEx, UPS, and the U.S. Postal Service is roughly equivalent to the annual greenhouse gas emissions of 7 million cars.

In terms of waste, the rise in fast fashion has led to a rise in the high turnover of clothes. Keeping up on fashion trends means that 85% of textiles go to the dump each year. Once people are done with the season’s best clothes, they’re onto the next.

Similar to the fashion industry, the world’s growing hunger is expanding food retail's carbon footprint. Once again, the ever-growing population levels across the globe have led to an increase in food consumption. Shamefully, we’re wasting more food than ever before. In fact, 1.9 million tonnes of food is wasted every year in the UK.

One of the most harmful features of supermarkets, and other food retailers, is the packaging waste that it produces. There has been research suggesting that 800,000 tonnes of plastic waste a year come from retailers alone. This would be enough waste to cover the whole of Greater London to a depth of 2.5cm.

What does this do to our wildlife?

It’s no secret that transport is a key contributor to greenhouse gasses. Transport emissions – primarily road, rail, air, and marine – account for over 24% of global CO2 emissions.

The world has become a smaller place, which is mostly down to the affordability and availability of flights. The number of flights taken has increased by 40% since 2010 – but does this make the aeroplane the bad guy here?

Surprisingly, no! Although the CO2 emissions of flights will bring a tear to your eye, air travel only accounts for 16% of passenger transportation emissions. This means that land-based passenger travel is the prime source of emissions.

Although aeroplanes emit much more CO2 than a car does, take into account that the majority of people own a car. In the UK alone, 87% of residents have a car. With that in mind, a typical passenger vehicle emits about 4.6 metric tons of carbon dioxide per year.

If you live in the city, sometimes it's easy to forget that construction work isn't part of natural life. We've become too accustomed to it. This, along with several other reasons, is why we've put the construction industry up there with the worst of the worst. This industry contributes massively to almost all types of pollution: 23% of air pollution, 40% of drinking water pollution, and 50% of landfill wastes. Not to mention the noise pollution.

The main way the construction industry harms our planet is its dangerous consumption of raw materials. On average, 400 million tons of material are torn from the earth every year for this industry.

Not only is this abruption of nature harming the land – it’s harming the wildlife too. By destroying local habitats, this industry is disrupting the lives of countless animals.

About a decade ago we were told we could save the world by simply turning our TV off stand-by and switching our lights off at home. Ten years later, due to the sheer amount of technology we have, we now need to do a lot more to make a difference. Most importantly, we must use cleaner sources of energy, otherwise things could get ugly. This means not using coal and oil to fuel our technology.

In 2015, modern-day technology was consuming roughly 3-5% of the world’s electricity – and this is only increasing. Global technological demand for internet-connected devices, high-resolution video streaming, emails, surveillance cameras, and a new generation of smart TVs is increasing by 20% a year.

As for the future? The technology industry could create up to 3.5% of global emissions by 2020 – surpassing aviation and shipping. Technology is developing at an alarming rate, and we are all so hopelessly addicted to it.

Despite this growth in carbon consumption (and tech addiction), technology is also doing a lot to help save the environment – contributing to greener transport, sustainable lifestyle options, and energy-saving devices.

Hope for the future?

So there you have it: the top seven polluting industries. At times, it’s easy to feel defeated with the state of the world, but look how much we’ve accomplished in this year alone; at the end of 2019, renewable energy overtook coal and oil! So, despite these top polluting industries, there is hope.