What’s being done about the sh*t tonne of lithium in Cornwall? 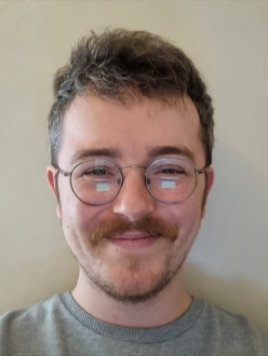 The need for sustainable energy is greater than ever before. Rechargeable batteries, particularly in things like electric cars, are one such solution.

Many experts agree that the once little-known mineral, lithium, is the key. But why lithium? What does this have to do with Cornwall? And what are the effects on the environment for what could swiftly become a new ‘gold rush’? The Eco Experts investigated.

Old Cornish engine house. These were built to house the water pumping engines or winding engines serving the mines below

What is lithium and what’s it got to do with Cornwall?

Lithium is a soft, silvery metal that is used in rechargeable batteries. Cornwall is at the epicentre of a potential lithium-mining revolution in the UK.

Lithium is arguably the most essential element in the modern world right now, powering much of the technology we use every day. But for the unaware, what actually is it? Best described as a soft, silvery metal when processed, lithium is used extensively in the production of rechargeable batteries.

This is because it has a very high electrochemical potential. In layman’s terms, this means that lithium is ideal for use in rechargeable batteries, because it can hold a charge for longer than most other elements. Lithium is very lightweight too, with it being the least dense metal on earth. That makes it perfect for use in things like mobile phones and especially electric vehicles (which would otherwise struggle to drive well with an excessively bulky battery).

Lithium’s main advantage in the drive for more sustainable power solutions is its sheer abundance. It’s estimated that the ocean alone contains up to 1 trillion tonnes of LCE (lithium carbonate equivalent), though to be clear we don’t yet have the technology to extract it from the sea efficiently.

What is lithium used for?

Lithium is best known for its use in rechargeable batteries, because of its ability to hold charge and its lightweight nature. This is what makes it so important, as without we’d struggle to power half the objects we now use on a daily basis.

It’s also used in creating heat-resistant glass, ceramics, and in the production of steel and aluminium. But what many people don’t know is the importance of lithium in nuclear fusion. When converted to lithium hydride, it acts as fuel for the key fusion stage of a thermonuclear bomb.

Are they mining lithium in Cornwall?

Right now, the mining scene in Cornwall is in its infancy, with companies still in the process of rooting out the lithium. You see, yes lithium has been discovered, but the actual mining process takes a long time to set up. This is exactly the case for the two major lithium mining businesses vying for the region’s lithium.

Both Cornish Lithium and British Lithium have been undergoing exploratory mining operations in an attempt to find the valuable metal. The former, who began mining operations in 2019, say they’ve found lithium concentrations of 220 milligrams per litre (mg/l) of geothermal water. Whilst this pales when compared to some areas in South America, which reach up to 2,000 mg/l, Cornish Lithium’s CEO Jeremey Wrathall described it as “globally significant”.

The mining operations, when they begin, are set to be transformative for the Cornish economy. However, the numbers of jobs expected to be created are as yet quite low, at least in terms of jobs directly related to the mining process. Wrathall predicts that by 2025 there will be around 200 jobs available for highly skilled individuals.

It is the impact on the wider jobs market though that could really help Cornwall’s economy. When you factor in jobs such as transporting the lithium and managing the administration side of things, there is potential for 1,000s of new jobs. For a region ranked amongst the poorest in Northern Europe, this prospect will be welcomed by many.

Lithium powers the rechargeable batteries we use in electric cars, laptops, smartphones, and much more

How did they find the lithium?

This is definitely the most interesting part, because in order to find the lithium, Cornish Lithium turned to some of the old mining maps from Cornwall’s more illustrious past. Many of these maps were hand drawn, with some dating back over 100 years. A few of these maps would’ve never been discovered either, had it not been for local enthusiasts collecting and keeping them.

Obviously, these maps didn’t specifically point to lithium deposits under Cornwall, but what they did do was help inform Cornish Lithium on where to start digging. Without these reference points, digging for lithium blind would be far too expensive for a startup. Even established mining companies would balk at the idea of blind digging – it's too expensive to do it on a hunch.

The company also used technology to help them map the mining locations, creating a series of overlaid 3D maps. These maps were then colour-coded to highlight the mining shafts, which looks a little like numerous coloured straws snaking in different angles through the ground. It is this spot of technical wizardry that will give Cornish Lithium the insight to know where to dig.

Is there any environmental benefit to mining lithium in Cornwall?

Of all the countries in the world, there are currently only eight countries mining lithium in any significant amount. Right now, the four biggest producers of lithium ore are Australia, Chile, China, and Argentina. Between them, they account for the vast majority of lithium extraction, supplying the bulk of global demand for this valuable resource.

What this means is that in order to power electric vehicles here in the UK, for example, we would be relying upon a global supply and all the carbon-emitting processes involved. Lithium mined in say, Australia or South America is then shipped to a processing plant elsewhere, China or Germany for example, before finally making it to the battery manufacturers in its final form.

Not ideal for reducing our carbon footprint then, which makes finding a substantial source in Cornwall an important step towards reducing the carbon footprint of rechargeable batteries. What remains to be answered is whether the UK will have the necessary processing facilities to refine the lithium, which would shrink the chain even further.

What are the long term implications?

Some people are concerned about the impact of lithium mining on Cornwall’s environment. After all, there are few things as visually/viscerally arresting as the site of a land torn asunder by mining. The actual mining process itself is already known to have significant impacts environmentally. So whilst it can help reduce fossil-fuel usage globally, we need to make extracting and processing lithium a lot cleaner.

Of course, Cornwall is not without its own legacy of damage caused by mining. The county is pockmarked with now-abandoned mines and there is a fear amongst environmentalists that a resumption of mining could have devastating consequences. Mining is Cornwall’s best-known industry, historically at least, but it’s fair to say that the new ‘lithium rush’ is not without its objectors.