Electric cars will be cheaper than fossil fuel vehicles ‘by 2027’

Electric vehicles will cost less than fossil fuel-powered cars by 2027, according to new research. 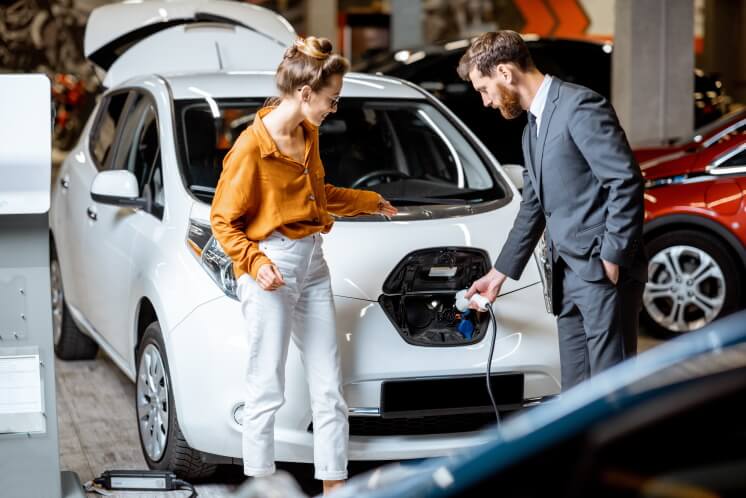 How will electric cars get so cheap?

Electric vehicles are currently 63% to 94% more expensive than their polluting counterparts.

But by 2030, an electric car will be 18% cheaper than its fossil fuel-powered equivalent, and partly as a result, the majority of cars sold in 2030 will be electric.

This rapid change will be down to falling battery prices, more specialised manufacturing processes, and increased electric vehicle efficiency.

The price of batteries that power electric cars is set to decrease by around 60% over the course of the decade.

This will be thanks to both a drop in material costs and to the new dedicated manufacturing centres which will be optimised to produce electric vehicles.

BNEF expects this to have an enormous impact on the number of cars produced, increasing global manufacturing capacity by 370% in just five years from 2020 to 2025.

Electric cars themselves are also expected to improve over the decade, increasing their already impressive fuel efficiency by 30% by 2030.

All of these developments will bring down prices, as it becomes less expensive to make better cars.

With the initial price of an electric car quickly coming down, there will soon be no reason to stick with a traditional petrol model.

The running cost of an electric vehicle is currently three times lower, on average, than fossil fuel-powered cars.

An 100% electric car will cost you 4p per mile, according to the UK government – and that amount is only coming down.

In contrast, a petrol car costs between 9.9p and 17.2p per mile, depending on the size of the engine.