Boiler Upgrade Scheme: Here’s What You Need to Know

However, because the scheme is receiving a relatively paltry £450m, a maximum of just 90,000 homes will be able to take advantage of the grant over the next three years.

That’s despite the Climate Change Committee (CCC) saying the UK needs to install 3.3 million heat pumps in existing homes by 2030 to reach net-zero.

If you're interested in receiving a free quote for an air source heat pump, simply pop your details in this form and our installers will get back to you. 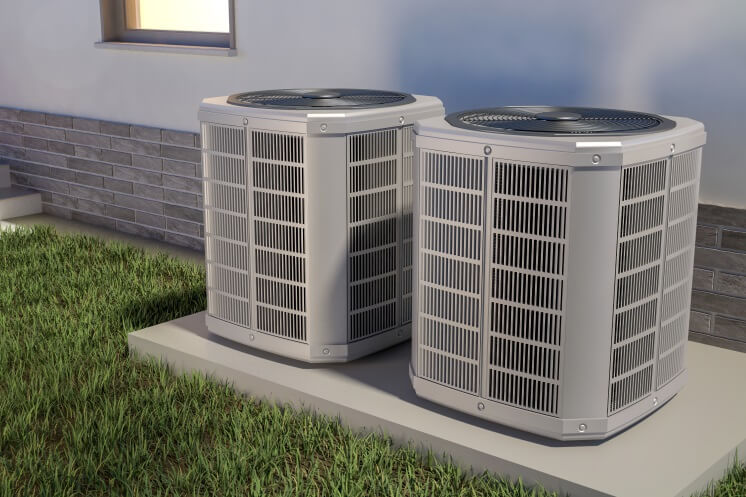 How will the scheme work?

The Boiler Upgrade Scheme will operate on a “first-come, first-served basis,” with customers having to rush to register their interest with air or ground source heat pump installers.

Installers will then apply for the £5,000 or £6,000 grant on behalf of customers, and remove that amount from the heat pump’s price.

This makes the grant simpler for homeowners than the now-defunct Green Homes Grant, which required you to apply for energy-saving improvements yourself.

An Energy Department spokesperson told us “there will also be limited support available for biomass boilers in rural areas, where strict air quality and emissions criteria are met.”

Are you eligible for the Boiler Upgrade Scheme?

You can consider yourself eligible for the Boiler Upgrade Scheme if you meet a few simple requirements:

There are three valid paths to making sure your EPC is eligible:

If your property is a custom-built home, it  won't need an EPC to qualify, as you will have had to follow the latest eco-friendly building regulations.

If you meet all of these requirements, an installer can apply to get a discount on an air or ground source heat pump for you.

To qualify for a biomass boiler discount, there are some extra criteria to fulfil, in addition to the ones listed above.

To start with, your property must be in a rural area (one with fewer than 10,000 residents), and have no mains gas connection.

The building must also meet high emissions standards, which the government has explained is “to mitigate any negative impact on air quality.”

Of course, that's not how emissions work – but it's certainly true that biomass boilers are better for the climate than gas boilers.

How do you apply?

From 1 April 2022 until the closure of the scheme in April 2025, an installer will be able to apply for a voucher for a heat pump or biomass boiler installation, on a first come, first served basis.

After they receive the voucher, they'll have three months to use it to install an air source heat pump or biomass boiler at your home, or six months if you're getting a ground source heat pump installed.

After the installation has taken place, they'll be able to redeem this voucher to reduce the overall cost.

The government has said “this approach allows for a smoother and simpler consumer journey, while maintaining certainty for installers.”

You can start getting quotes now, and when you agree on a figure, your installer will apply for the grant.

Does this make heat pumps affordable?

It also means that moving from a gas boiler to a heat pump will save them an average of £2,827 over its 20-year lifetime, according to our calculations.

And this figure will increase if the price of gas stays high, and the price of electricity continues to fall.

Does the scheme go far enough?

That means the UK is way off the 3.3 million mark that the CCC says the government needs to reach by 2030 to achieve its target of net-zero emissions by 2050.

The adoption rate must rise to one million installations per year by 2030 to reach 3.3 million, so it’s unclear how 90,000 discounted heat pumps over three years – at most – is sufficient.

Even the government’s own goal for heat pumps – of 600,000 per year by 2028 – seems like a distant dream if it won’t put serious money where its mouth is.

A government spokesperson told The Eco Experts: “Electric heat pumps will have a key role to play in decarbonising our homes and buildings” – but there's no proof that the administration believes in this.

For the UK government, which spends around one trillion pounds per year, this £450m scheme is an insult to anyone who cares about the climate.

It’s not even a quarter of the funding set aside for the recent £2bn Green Homes Grant, which the government bungled by neglecting to promote or explain it to the public.

Residential homes make up 16.4% of the UK’s emissions, and constitute the only major part of the nation’s carbon footprint that hasn’t fallen since 2011.

That seems unlikely to change any time soon.

The government's response to concerns

We asked the government whether it thought the scheme was sufficient to reach the CCC's 3.3 million heat pump target by 2030.

An Energy Department spokesperson told us: “The Boiler Upgrade Scheme is one of many policies supporting the development of the heat pump market towards 600,000 per year by [2028], with thousands of low-income homes already upgraded through schemes such as Home Upgrade Grant and Social Housing Decarbonisation Fund.

“It wouldn’t be right for the taxpayer to fund a new heat pump or clean heating system for every household, just as they do not for gas boilers now.”

We need to interrupt the quote here to point out that the scheme will not fully fund a clean heating system for anyone; it will only partly cut the initial cost, and it will only do so for a maximum of 90,000 homes.

The spokesperson added: “This scheme will kickstart the market and we are working with industry to bring down costs with the aim of ensuring they are as cheap to buy and run as fossil fuel boilers by 2030.”