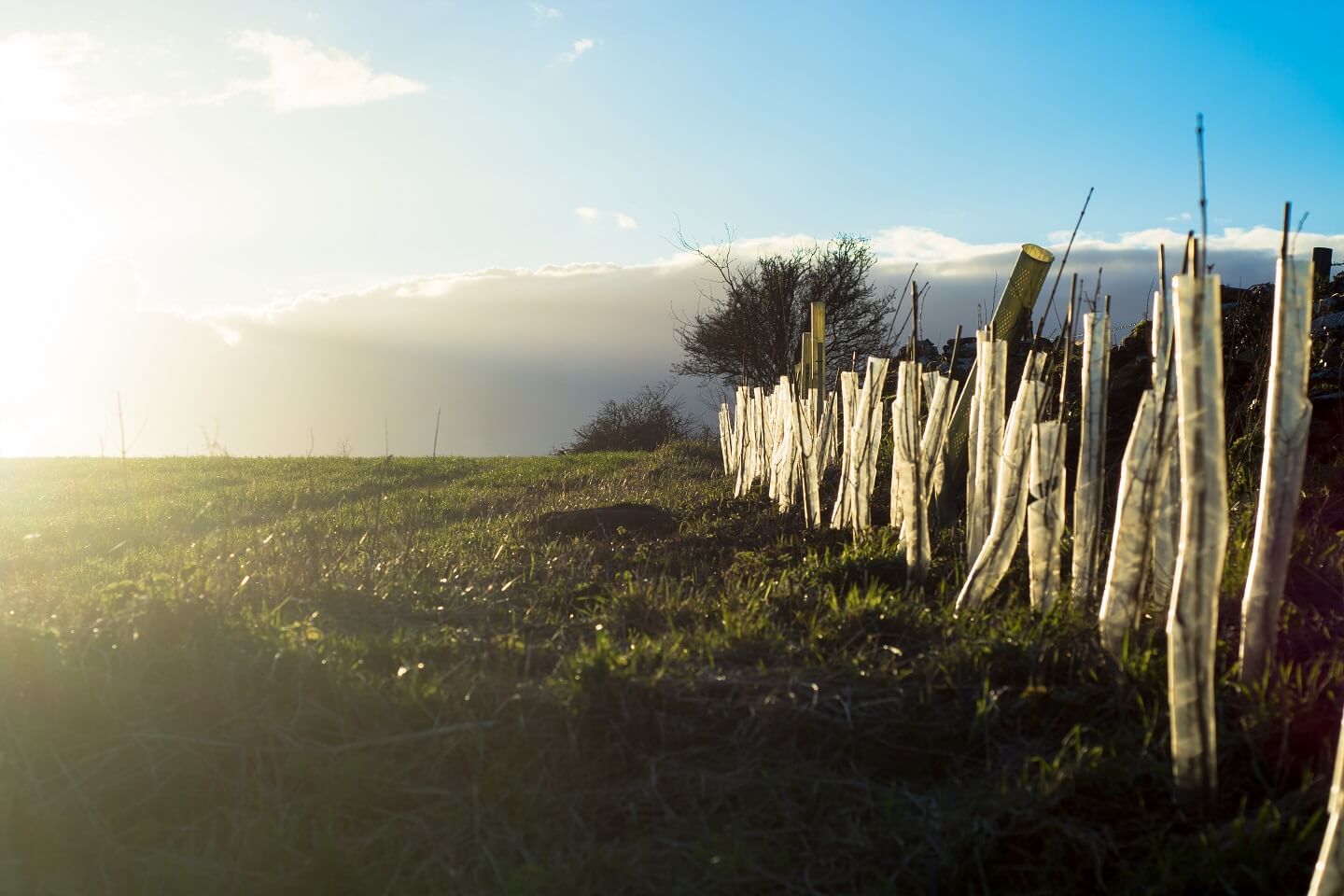 One of the most effective ways to combat climate change is to plant trees. The more trees we have on the planet, the more CO2 gets absorbed, right?

Well, it turns out it’s not as straightforward as that. As more pressure gets piled on companies and governments around the world, tree planting has become the first line of defence in the fight against climate change – mainly because it’s the cheapest way of doing so.

Below, we discuss how to create a successful tree-planting project. We've looked at nine companies that are getting their hands dirty with tree-planting schemes, and decided if they're actually making a difference. Our results have been based on The 10 Golden Rules, which were put forward by experts in the field – jump to the bottom of the page to learn more. 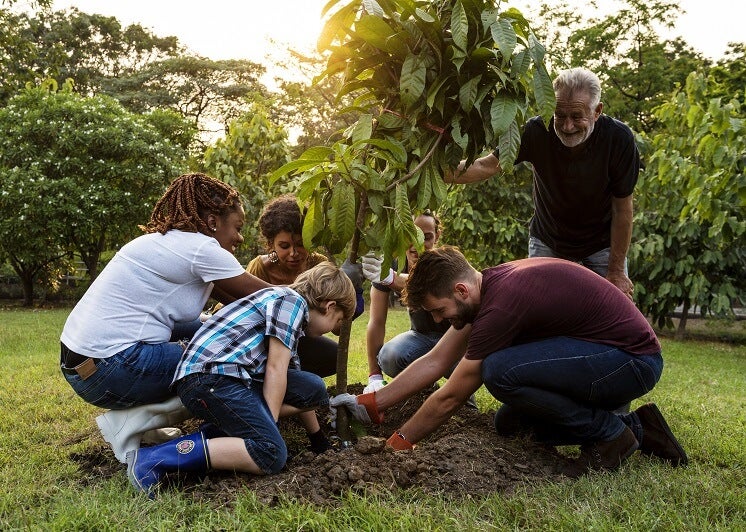 Despite promising to create 650 hectares of new woodland, grow 7 million trees and shrubs, and earmark £5 million for woodland development, the UK government’s HS2 plan has been on a destructive warpath.

Precious ancient forests and woodland have been ripped apart to make way for development – the first golden rule is already broken. In fact, in 2019, tens of thousands of trees died because HS2 bosses claimed replacing them was more cost-effective than watering them.

The planting scheme has also left locals frustrated – residents are often having to watch weak young saplings get battered by the weather, or dry up from unwatering.

Cutting trees to make way for progress!
HS2 has become a national disgrace not a showcase piece. https://t.co/f5vvLP8eDe

Luci Ryan, lead policy adviser for infrastructure at the Woodland Trust, said: “The government wants HS2 to be an exemplar project when it comes to the environment, but right now, it is anything but.”

Over the past few years, Shell has invested in various nature-based projects – primarily tree-planting schemes. However, while it boasts of a $300 million plan to save ecosystems, the company is quick to brush its existing environmental damage under the rug.

Since 1965, Shell has released more than 31.95 billion tonnes of carbon dioxide equivalent (CO2e). Can tree planting really make up for this much damage?

Well, a typical tree can absorb around 21 kilograms (kg) of CO2 per year – but that’s only once it’s fully grown after 20 years. We worked out that over the first 20 years of a tree's life, it only actually absorbs 39kg of carbon dioxide – meaning Shell would have to plant over 817 million trees to make up for the emissions they've already released, let alone the emissions they’re currently producing.

The oil extraction process itself is damaging to local rainforests, releasing toxic by-products into local rivers. As well as destroying existing ecosystems, biodiversity, and habitats, drilling usually impacts indigenous and local people – who often lack fair compensation. The long-running dispute between local communities and Shell in the Niger Delta is a key example of this.

Nestlé has partnered with reforestation programme OneTreePlanted since March 2020, with the initiative to plant 3 million trees across the Americas.

OneTreePlanted has been praised for its ethical reforestation schemes. Not only does the organisation plant trees in areas that really need it, but it also maintains and monitors saplings, as well as using this as an opportunity to help local people. The website claims: “From arborists to loggers and researchers, the job opportunities provided by the forestry industry are endless.”

So that must make Nestlé’s tree planting ethical, right? Wrong. Planting trees is not effective unless existing wildlife is also looked after – something the food giant is quick to overlook.

Nestlé has admitted that a satellite rainforest monitoring service documented no less than 388,047 cases of deforestation in 2019 alone. Taking only areas within 50 kilometres of the company’s palm oil mills into account, this amounted to 473,000 hectares of rainforest that were cut down.

Plus, out of the 30 producer groups most linked to Indonesian fires, Nestle has bought from 28 of them. 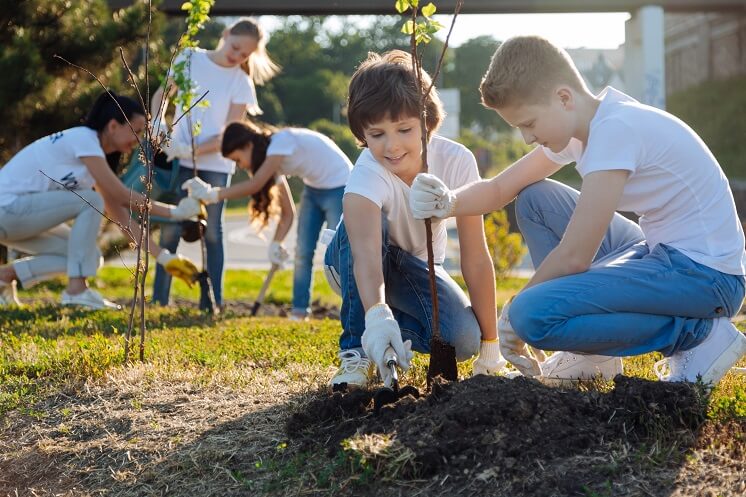 IKEA has been an environmental pioneer for decades.

In a bid to support local wildlife after forest fires in Borneo, the company’s Sow a Seed Foundation has planted and maintained millions of trees since 1998 – covering 18,500 hectares of lowland rainforest.

“Today, we are seeing the wildlife returning to the once burned down forest. It is a gift from IKEA.” – Jan Faulk, from the Swedish University of Agricultural Sciences

On top of this, IKEA launched its sustainability strategy in 2012, which outlined plans to reduce its environmental impact. These plans include:

To top it all off, since 2002, IKEA has teamed up with WWF to improve forest management in Europe and Asia – increasing global FSC-certified forests by an area the size of Germany.

Ecosia is a search engine that uses the money it earns through clicks and advertisements to plant trees around the world – but are its planting projects sustainable?

Unsurprisingly, yes! Not only does Ecosia plant trees – supporting existing forests and increasing biodiversity – but it also works with locals to help people in the area.

The company has three methods of planting trees:

Unlike a lot of other successful tech firms, Microsoft has a pretty progressive outlook on sustainability. Overall, the company has planted over 136,500 trees to date.

Partnering with Ecosia, Microsoft has also supported important conservation projects around the world, including:

On top of this, Ireland’s reforestation targets have received a boost thanks to financial support from Microsoft, which has worked with Natural Capital Partners, Forest Carbon, and Greenbelt locals in the country to plant trees.

To take things one step further, Microsoft is also partnering with organisations like SilviaTerra and The Nature Conservancy as part of its AI for Earth Initiative, using innovative ways to reforest.

Coca-Cola is not exactly famed for its environmental benefits – in fact, it was named the worst company for plastic pollution in 2020 for the second year running. When it comes to reforestation, however, it’s doing pretty well.

Teaming up with various organisations, The Coca-Cola Foundation – the philanthropic arm of The Coca-Cola Company – is working hard on watershed protection, conservation, and safe water access.

Thanks to its partnership with American Forests, which began in 2017, The Coca-Cola Foundation has planted more than 600,000 trees in Florida alone. Plus, through its teamwork with the USDA Forest Service and the National Forest Foundation, Coca-Cola has funded 12 projects to support six different National Forests.

Of course, a lot of this hard work is counterbalanced by the damage the company does to the planet. In its most recent sustainability report, Coca-Cola stated that it:

Is tree planting actually good for the environment?

Tree-planting projects have been popular for a long time, but really took off in 2019. Around this time, a study claimed that planting a trillion trees could capture more than a third of all the greenhouse gases humans have released since the industrial revolution.

So, whether it came from a place of concern or just a box-ticking exercise, companies and organisations ramped up the pace of tree planting.

What many forgot to take into account, however, is how complex our ecosystems are. Poorly planned planting efforts can actually increase the amount of carbon dioxide (CO2) in the atmosphere.

That’s not to say introducing trees into malnourished ecosystems is bad – you just have to do it properly.

Check out the ten golden rules (put forward by the Royal Botanic Gardens) below to make sure you’re getting it right.

Planting trees is fundamental for us to overcome the effects of climate change. There is, however, a time and a place.

It’s now easier than ever for companies to hide their carbon footprint behind a giant advertisement for their new green tree-planting initiatives. As a result, it’s becoming increasingly obvious that we – as consumers, researchers, or general members of the public – need to keep a close eye out for greenwashing from companies claiming to be environmentally friendly.