Home Solar Panels The State of Renewable Energy in the UK

✔ Fill in the form above for free solar panel quotes

That isn’t a prediction. Do not adjust your screen. This is the future, and we’re all living in it.

From July to September 2019, renewables generated 29.5 terawatt hours (TWh) of electricity – 40% of all electricity in the country.

For the first time since the UK started generating public electricity in 1882, this figure was higher than the amount of electricity produced using fossil fuels – 29.1TWh, or 39% of the total (source: Carbon Brief, 2019).

And what’s more, that gap is set to widen in the coming years, as sources like solar energy more and more efficient.

Read on to find out what’s in store, and fill in this form to receive quotes for solar panels – one of the simplest and most effective methods of generating renewable energy. 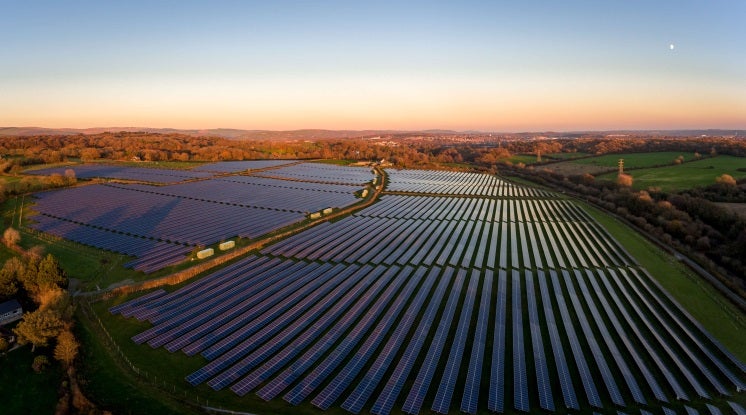 Solar energy is on the rise in the UK

What is renewable energy?

Renewable energy comes from a source that regenerates on a human timescale. This can range from seconds to months, but certainly not millions of years.

Natural phenomena like the sun, wind, water, and natural heat stored in the Earth are our main sources of renewable energy.

These forms of energy produce minimal emissions that contribute to climate change – unlike coal, oil, and natural gas, which make up the category of fossil fuels.

According to NASA, human production of CO2 through these fossil fuels represents “the most important long-lived ‘forcing’ of climate change.”

Increasing renewable energy usage as a replacement for fossil fuels is a crucial step towards fighting the effects of climate change, which the World Wide Fund for Nature (WWF) has said is “likely to be the greatest cause of species extinctions this century”.

The recent energy crisis has also led more people to consider renewable energy. Our National Home Energy Survey found that 60% of people want to go greener in light of the rising energy bills.

A brief history of renewable energy in the UK

The growth of renewable energy has been rapid and relentless, but climate-friendly power has only flourished since the turn of the millennium.

Before then, the UK relied on a number of environmentally damaging energy sources.

The sense that fossil fuels were unsafe for the public was reflected as far back as 1891, when the UK decided to avoid central London when building the first major power plant in 1891 – because it was thought to be too dangerous.

The resultant Deptford Power Station was fueled by coal, which remained the primary source of British energy until 1971, when it was overtaken by oil.

The decline of coal has been quicker than its rapid, industrial revolution-fuelled rise.

From 1800 to 1913, coal generation grew by 2.5 million tonnes per year, according to scientific publication Our World In Data. From that high point until 2018, coal production proceeded to plummet by 2.7 million tonnes every year, on average.

At its pre-First World War peak, the UK produced 292 million tonnes of coal. In 2018, that figure stood at just 2.6 million.

Oil was the UK’s dominant energy source until 1996, when natural gas took the top spot with 35% of energy generation. Nuclear energy also hit its peak around this time, at 10%. At this time, renewable energy still made up less than 1% of all production.

According to the UK government, 1999 and 2000 were triumphant moments for gas and oil respectively, with both hitting record heights – only to fall dramatically in the years after.

As oil, gas, and coal have declined, renewables have thrived. Their meteoric rise over the past decade has been nothing short of remarkable.

Even in 2010, fossil fuels made up three-quarters of the UK’s electricity production – six times more than the amount of renewable energy.

How times have changed.

While you can see above how solar and wind energy have soared upwards during the 2010s – both overtaking coal – it really becomes clear in the animation below how rapid the rise of renewables has been.

Britain has reached Incredible Hulk-level heights when it comes to turning green – and it’s pulled off this superpowered transformation in less than a decade.

An Imperial College London study showed that the UK halved its carbon emission level between 2008 and 2017 – a greater improvement than any other nation.

This is mightily impressive, especially considering Britain’s history as a coal giant.

“The UK has decarbonised its power sector much faster than any other country in the world.”

And we’ve said it already, but it bears repeating: during the third quarter of 2019, renewables produced more energy in Britain than fossil fuels.

50% of the UK’s renewable energy in this period came from wind, 30% from biomass, and 5% from hydro and waste-to-energy. The rest came from solar power – and you can get on board with the green revolution by filling out this form for free quotes on solar panels.

The 2018-19 winter was also the greenest in history for the UK, and according to the government, the second quarter of 2019 saw a 61% drop in coal’s energy generation compared to the same period in 2018.

Indeed, Q2 2019 was the first quarter since the 19th century in which coal made up less than 1% of the total power generated – the decline of coal just can’t seem to stop. The period also included a record run that saw Britain go 18 days without using any coal power.

By now, you can probably guess which form of energy grew as coal and oil fell away. That’s right: renewables. Wind and solar grew by 13% year-on-year, while bioenergy soared by 15%. 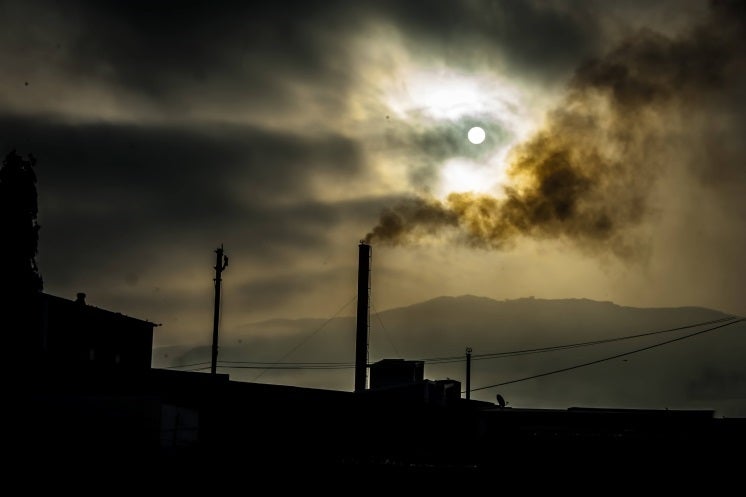 Coal power is being phased out by 2025

There are always fears that jobs will be lost during a rapid shift like this, but there’s no need to worry: renewable energy has already created hundreds of thousands of jobs, and the government says that figure could reach two million by 2030.

Ditching coal and other hazardous fossil fuels in favour of renewable sources has echoed the switch from analogue to digital: surprisingly easy, better for everyone involved, and with limitless possibilities going forward.

With that in mind, let’s take a look at where the winds of green energy might blow us in the coming years and decades.

The future of renewable energy in the UK

This century has seen the consistent growth of renewable energy, and there’s no sign of that trend ending any time soon.

Parliament and the government have taken bold, repeated steps towards a time when our homes, businesses, and personal devices are entirely powered by renewable energy.

In January 2018, the UK government became the first energy superpower to set a deadline for the closure of all its coal plants – 2025 – just days before France followed suit.

The UK will soon be free from coal-fired power plants – and the shutting down process is already happening. An SSE plant in Cheshire is set to close in March 2020, leaving just five coal plants in the country.

The House of Commons then approved a motion in 2019 that declared a climate emergency, and supported solutions including a green industrial revolution.

In the same year, the government promised that 12 new energy projects would deliver clean energy to more than seven million homes by 2025 – at all-time low prices.

That’s more than one-third of UK households – and if these projects are successful, you can imagine the potential for you and everybody else to benefit from purely renewable energy at home.

Britain has already become the first major economy to commit to a goal of net zero carbon emissions, pledging in 2019 that the UK will be carbon-neutral by 2050.

There’s no going back now. Britain has bitten an apple from the tree of knowledge, and we can’t unsee the damage that fossil fuels have wreaked on our collective Garden of Eden.

We’re going green, harnessing energy which doesn’t actively harm the planet in order to save our Earth – and we should be proud of that fact.

Energy isn't the simplest subject. It can require a great deal of research to develop an understanding of all sorts of topics, from wind and waste to storage and solar.

Fortunately, we’ve done the hard work so you don’t have to. Here are the answers to your most commonly asked questions about renewable energy. 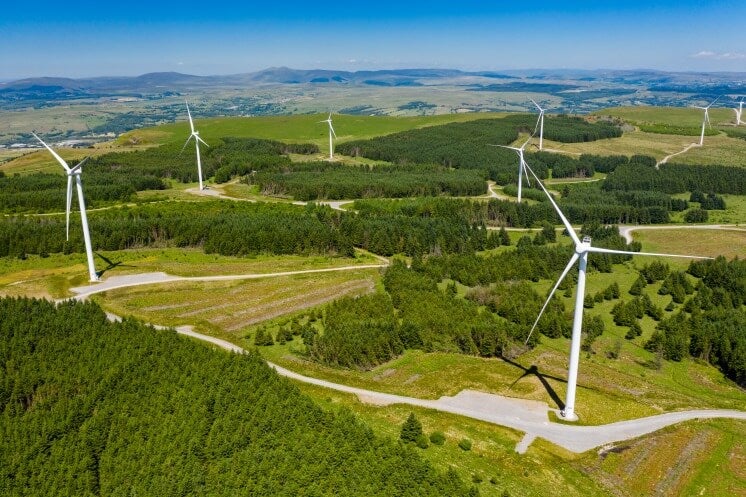 Wind energy is one of the main drivers of renewable growth

How much of the UK's energy is renewable?

39% comes from fossil fuels, while the remaining 21% is mostly fuelled by nuclear power.

What sources of energy does the UK use?

Britain also uses nuclear power, which is generally classed as a low-carbon energy source – it’s not renewable on a human timescale, but also doesn’t meet the definition of a fossil fuel.

Can the UK run on renewable energy?

The UK can’t currently produce enough renewable energy to exclusively depend on it for power – but that day isn’t as far away as you may think.

After halving its carbon intensity in less than a decade, Britain committed to totally offsetting any carbon emissions by 2050 – and once we’ve achieved that goal, 100% renewable energy won’t be too much of a stretch.

There are plenty of signs that we’re on the right track: for instance, the first half of 2019 saw Scotland produce enough wind energy to power two Scotlands.

How much renewable energy did the UK use in 2018?

In 2018, 61.9 million tonnes of oil equivalent (or mtoe for short) used in the UK came from renewable sources.

Why is the use of renewable energy increasing in the UK?

The UK is using an increasing amount of renewable energy in an effort to fight climate change.

The country is taking this stance because of growing pressure from the public, parliament, and experts.

Why is there pressure? Because climate change has already had a disastrous effect on other countries, and will continue to wreak havoc on the entire world unless greener ways of living are adopted now to limit the damage.

Renewable energy has never been in a better state in the UK.

After all, it’s finally bested its perpetual rival – fossil fuels – in terms of energy generation.

And what’s more, a host of government pledges and projects means there should never again be a time when oil, gas, and coal dominate Britain’s energy production.

Green energy is here to stay, and it can greatly benefit the planet – and your wallet. Answer this simple form to get free quotes on solar panels, and start making the world a better place.