✔ Glow-worm is committed to “top quality, reliability and exceptional durability”

✔ The British company has been supplying boilers since 1934

Looking around different boiler brands to see which one best suits your home? It's no easy task.

That's where we come in to simplify the whole process. This guide will take you through the ins and outs of Glow-worm boilers: the costs, benefits, and reviews.

Read on to find out more, or you can skip the reading and head straight to our details form. Once you've entered your details, you can look forward to receiving free quotes from local installers. 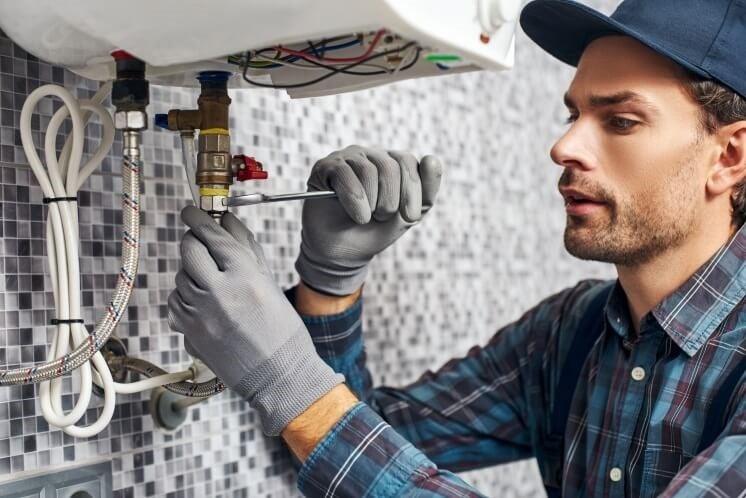 How much will a Glow-worm boiler cost?

Glow-worm is a British company that's been in operation since 1934. It's now owned by the Vaillant Group, and produces a range of boilers across three types: combi, system and heat-only.

The prices of these vary according to the different size and capability levels of each, ranging from £550 to £1,800, excluding installation, which typically costs another £1,000 to £3,000.

The table below shows the typical price of Glow-worm's cheapest and most expensive combi and system boilers.

A combination or ‘combi’ boiler heats water directly from the mains when you turn on a tap. This means that unlike a heat-only or regular boiler, you won’t need a separate hot water storage cylinder or a cold water storage tank.

Combi boilers tend to produce good shower pressure and are also more cost- and energy-efficient, as the water is heated instantly, rather than being stored in a cylinder.

Glow-worm has a range of combi boilers. As mentioned above, the cheapest in the range is the Ultimate2 30c combi boiler, at £967, and the most expensive is Ultimate2 35c, at £1,165.

The table below compares the key product information of Glow-worm's top combi boilers, including price.

Find out whether a combi boiler is suitable for your household by reading our guide to the best boilers.

System boilers have heating and hot water components built-in, so there is no need for an extra water tank, although it does require a cylinder for storing hot water.

Glow-worm’s Energy ErP A-rated system boilers cost approximately £841, and are available in sizes: 12, 15, 18, 25, 30kW. They are compact in design with a rear flue option, enabling them to fit in compact spaces in the home.

The table below compares the top system boilers we recommend from Glow-worm.

Glow-worm has a 4.6-star rating on Trustpilot, which is based on over 2,000 customer reviews

The company produces all three types of boiler – combi, regular, and system – although they only produce gas-fuelled models.

Glow-worm models are generally considered less reliable than those made by more established brands, such as Worcester Bosch and Viessmann, but they're generally very affordable and come with good customer service.

See reviews and prices for other popular boiler brands:

How do you buy a Glow-worm boiler?

Selecting the right boiler will first require an assessment of your home’s credentials, which is why it's so great that Glow-worm has a list of trusted engineers who are trained in their range of products, and who are registered with a competent person's scheme such as Gas Safe.

You can begin the process by going to Glow-worm's website and entering your details there.

A local engineer who is trained in Glow-worm installations will then contact you to gather information and provide you with an accurate quote.

So, there you have it — all you could possibly want to know about Glow-worm boilers.

Once you've decided whether Glow-worm is the right brand for you, head over to our short form, and pop in your details. Once you've done this, our local professional installers will get in touch with free boiler quotes. Happy heating!