Environmental campaigners have launched a legal challenge against the UK government over its support for the production of North Sea oil and gas.

The case highlights the issue of tax breaks, which make the UK the most profitable country in the world for oil companies to develop big offshore fields.

One of the campaigners behind the challenge, Mikaela Loach – a climate activist and medical student at the University of Edinburgh – said:

“The government is paying companies billions in public money to extract every last drop of oil from the North Sea when it should be focusing on decarbonising the UK economy.”

The Paid to Pollute campaign – run by three students, some of which have ties to the oil industry – has support from the likes of Oil Change International, Greenpeace UK, Friends of the Earth Scotland, 350.org, Platform, UK Student Climate Network, and Fridays For Future Scotland. 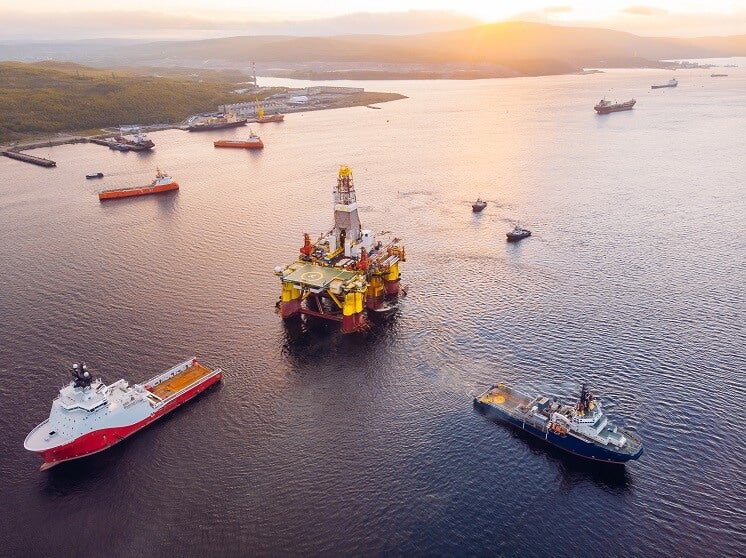 How is the UK government supporting oil and gas?

The Paid to Pollute campaign is mainly concerned with the way the oil and gas industry is being funded, the lack of concern over job security in the sector, and the impact it’s having on global emissions.

“Burning the oil and gas in already operating offshore fields would exceed the UK’s fair share of the Paris goals. Yet, under the UK’s Government policy of ‘maximising economic recovery of oil and gas’, we’re set to burn almost three times more than that.”

What’s more, the funding behind these projects is partially paid for by the UK public.

A huge percentage of tax relief comes from the costs of decommissioning (taking apart and recycling the rigs, pipelines, and wells). And thanks to a generous tax system, the UK public is currently set to pay roughly £18.3 billion in decommissioning costs.

One of the campaigners behind the lawsuit, Kairin van Sweeden – an SNP Common Weal organiser and daughter of a Scottish oil worker – said:

“Instead of propping up a declining industry, it should be funding a managed phase-out of fossil fuels and a just transition which creates new, green jobs and enables oil industry workers and affected communities in Scotland and the rest of the UK to shape their own future.”

But what about existing jobs in the oil and gas industry?

Many people argue that by cutting oil and gas funds, the government will put people’s livelihoods at risk.

And while this may be partially true (if the transition is done poorly), it turns out workers in the industry are already being treated poorly. Oil and gas work is increasingly insecure – roughly 80% of the workforce now claim they would consider changing jobs.

We only need to look at energy company Shell to see how oil and gas workers are being treated. The company paid its CEO £7 million in 2020, whilst also announcing plans to cut 330 North Sea jobs.

Jeremy Cox, a former oil refinery worker and the third campaigner behind Paid to Pollute, said:

“The UK provides more subsidies to the fossil fuel industry than any country in the EU, but these massive handouts aren’t creating benefits for oil and gas workers or the public. In fact, as more and more money has flowed to the industry, conditions have only got worse for workers and the UK tax take has declined.”

By confronting the UK government, the Paid to Pollute campaign wants to end public financial support for domestic oil and gas extraction.

The project’s website suggests that, with the proper government policies put in place, investment in the green industry can create three times as many jobs as oil and gas.

The government could use the oil and gas funds for green technologies, as well as supporting oil and gas workers transition to green-industry jobs. By doing this, the public money would help the environment and put oil workers at the heart of the green recovery.

If successful, this legal challenge could be a leading example of how to combat emissions moving forward. It could also set the precedent for the rest of the world to follow ahead of the UN climate negotiations, which are being held in Glasgow later this year.