The Environmental Impact of Trump vs Biden 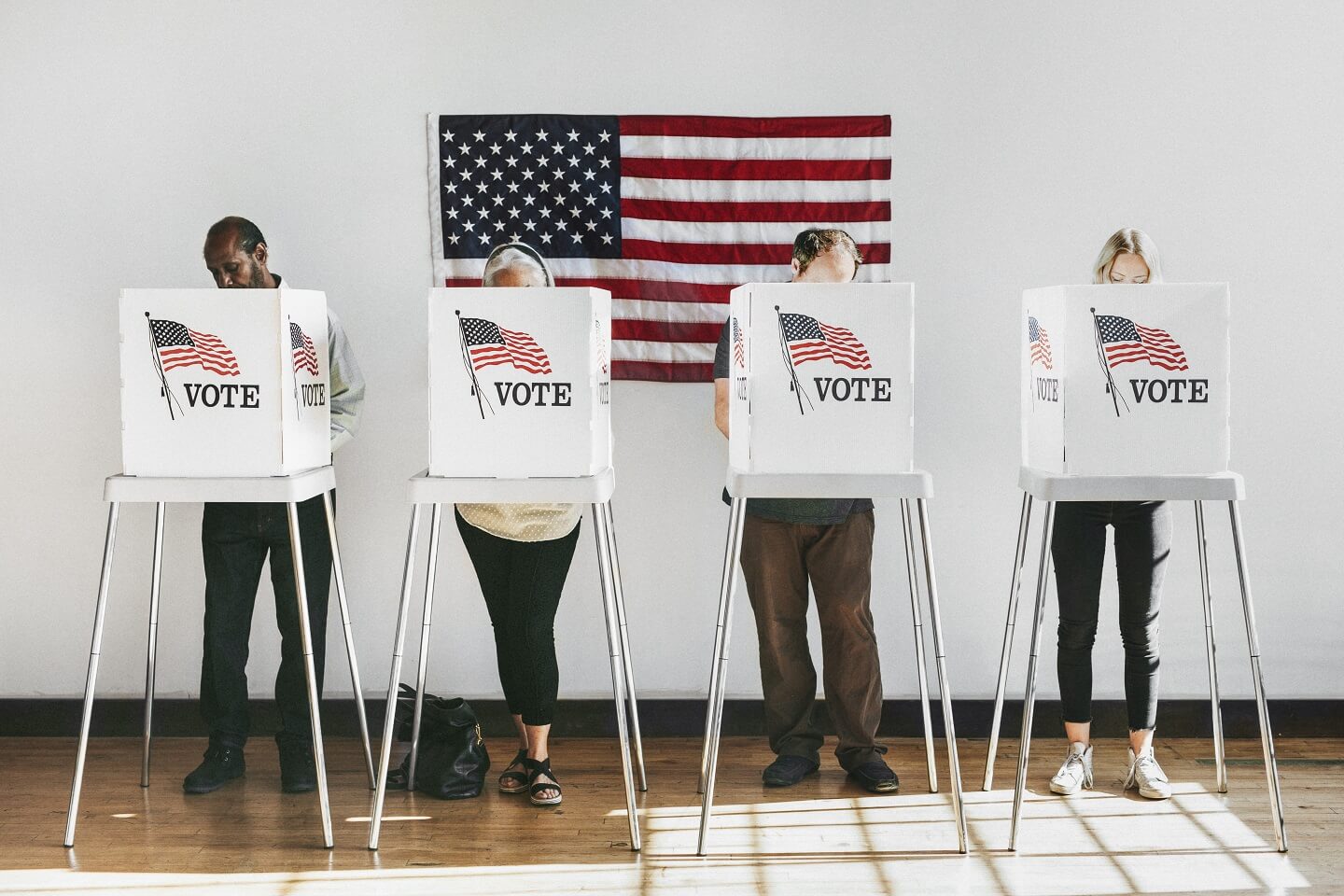 The US presidential election is under a week away – and the world has never been more divided over who it wants to win.

This is an election that won’t just impact Americans, but the whole world. And despite climate change becoming a more pressing global issue, the two candidates couldn’t have more contrasting views on the matter.

On the one hand, President Donald Trump has called climate change a hoax, and has withdrawn the US from the Paris Climate Agreement. Former Vice President Joe Biden, on the other hand, acknowledges the climate change emergency and has promised to rejoin the Paris Agreement.

To put this divide into perspective, we’ve outlined the environmental impacts of Biden getting elected, or Trump getting four more years in office.

A brief overview of the candidates

“My Administration is committed to being effective stewards of our environment while encouraging opportunities for American workers and their families.” – Donald Trump, 2019

Overall, more than 70 environmental rules and regulations have been officially reversed, revoked, or rolled back under Mr Trump – with another 26 rollbacks still in progress.

Put simply, the Trump administration’s environmental decisions have the potential to significantly increase greenhouse gas emissions over the next decade.

The concept of global warming was created by and for the Chinese in order to make U.S. manufacturing non-competitive.— Donald J. Trump (@realDonaldTrump) November 6, 2012

Biden has put forward a bold plan to combat climate change as part of his 2020 presidential campaign. His key aims are to modernise American infrastructure, invest in clean energy, and make green developments in the transportation industry. It’s hopeful this plan will also create 1 million more jobs in a post-COVID world.

Biden has, however, also assured people that fracking will continue. His position remains that he would not allow new fracking on public lands, but that it should not be eliminated right now. “Fracking has to continue because we need a transition,” he said at a CNN event in September.

Climate change is the existential challenge that will define our future as a country. Tune in as I discuss the wildfires up and down the West Coast — and how I'll tackle the climate crisis head-on and create millions of good-paying jobs: https://t.co/yMhodX8RYe— Joe Biden (@JoeBiden) September 14, 2020

Where do the candidates stand on key environmental issues?

What are their climate policies?

The two candidates’ climate policies (or lack thereof) show huge division – one is clearly focusing on the economy over the environment, while the other looks to a greener future.

According to Pew Research, 77% of Americans say it’s more important for the US to develop alternative energy sources, rather than producing more fossil fuel.

And over the past few years, solar energy has well and truly been on the rise. 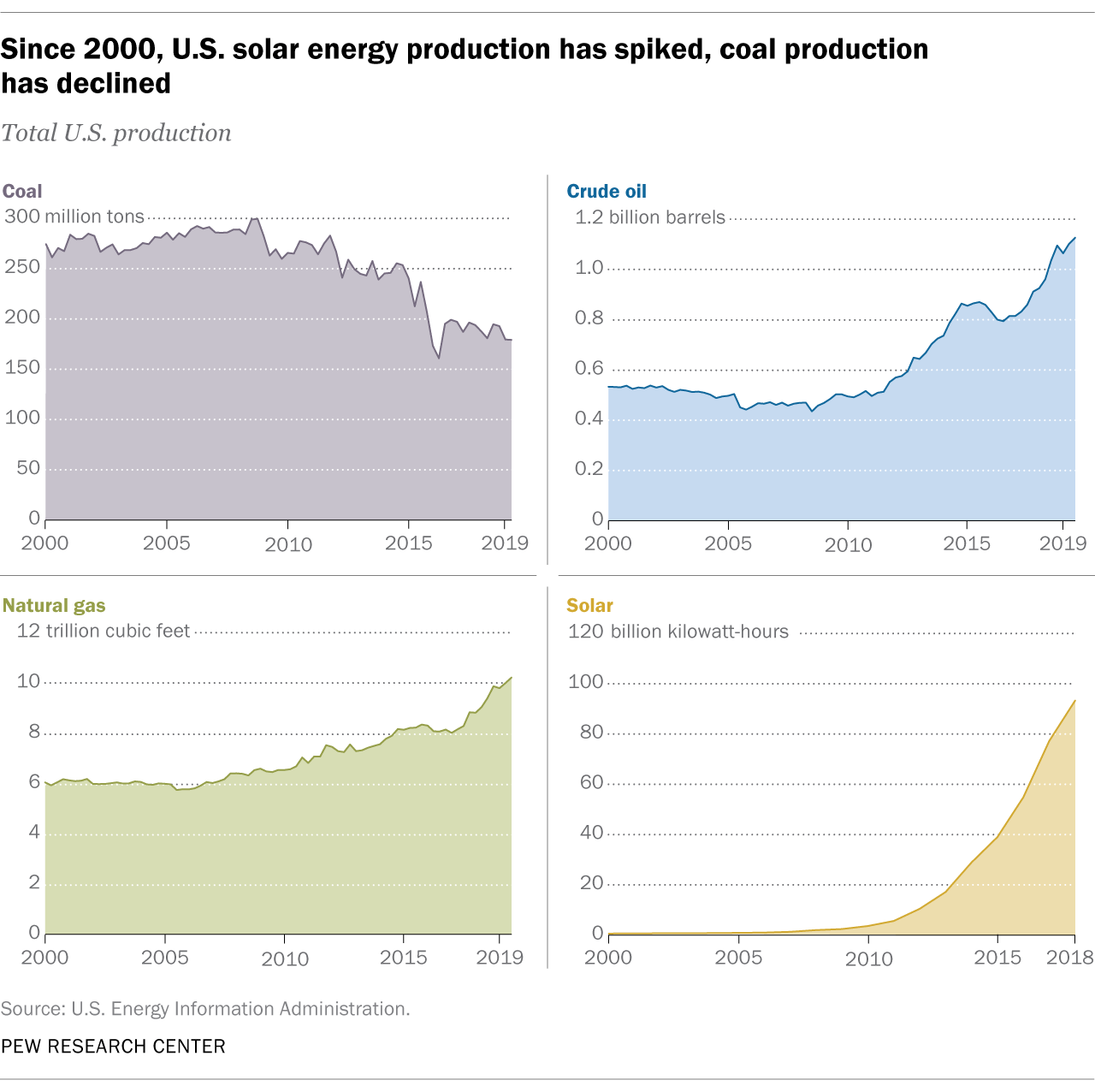 But this isn’t likely to have been down to Trump’s choices. In fact, the President is pushing for quite the opposite.

The White House’s environmental page is suspiciously quiet about fossil fuels, with only one mention of oil – despite pushing firmly for these materials. Biden, on the other hand, went as far as to decline campaign donations from the fossil fuel industry to show his support to clean energy. 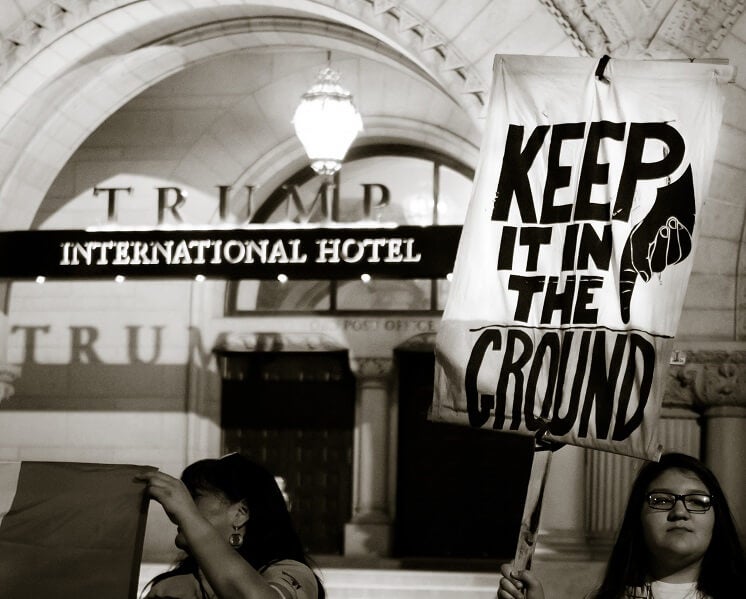 Once again, the two candidates take hugely different stances when it comes to pollution. While Biden promises to cut back on emissions, Trump’s focus on fossil fuels means pollution levels will undoubtedly rise. The President has, however, introduced a few positive rules to reduce water pollution.

Let’s not beat around the bush – Trump has signed off rules in the past four years that have been devastating to wildlife. He has, however, also introduced rules that create new wildlife areas. In Biden’s case, like the rest of his climate change plan, there don’t seem to be any conflicting promises when it comes to protecting species.

Unfortunately, we don’t know whether the candidates will stick to their word – but there are a few tell-tale signs.

For Trump, we can take a peek at the past four years. Although the President has signed off on a few positive deals for the environment, overall he has inflicted colossal damage to the US environment and wildlife. And he shows no sign of slowing down.

As for Biden? A quick glance at his political history will tell you where his heart lies. In 1986, Biden introduced the Global Climate Protection Act – the first climate change bill in the Senate. The act directed the government to research and develop a strategy to deal with global warming.

The Obama administration also started with a massive investment in clean energy under the American Recovery and Reinvestment Act of 2009. 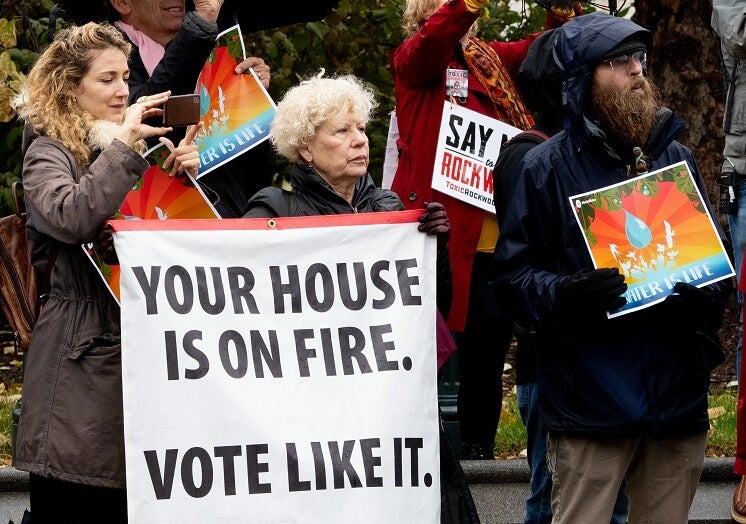 Whether Biden will be able to follow through with all of his environmental proposals, we’re not sure. But having a green-thinking President is sure to benefit the planet much more than a fossil-fuel pushing, climate-change-denying one.

How we proceed with climate change is now heavily up to voters across the pond.

More from Environment
Latest from Blog
We use cookies. By browsing our site you agree to our use of cookies.