The UK has emitted 356 million tonnes of CO2e* more than previously estimated, the government has revealed after “a major methodology change”.

The additional greenhouse emissions – which have been applied to yearly reports going back to 1990 – equate to more than the annual total of France.

In 2019 alone, the new way of calculating emissions added nearly 20 million tonnes onto the government’s total between the provisional and final versions of the release.

The development casts doubt on whether the UK will be able to reach its goal of cutting emissions by 68% by 2030, based on 1990 levels. 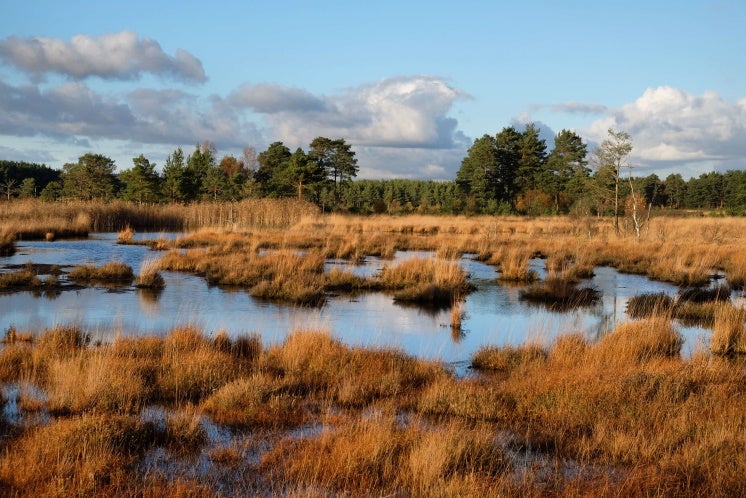 Wetlands – and specifically peatlands – release millions of tonnes of emissions

Where did the extra emissions come from?

Each year, the government updates the way it measures emissions – but the 2019 edition of the government’s annual report on greenhouse gas emissions, released on February 2nd, included a seismic shift.

“We made a major methodology change to the estimates this year to better represent emissions from peatlands,” the government document explains.

It continues to say that this alteration, when “combined with other changes, has led to a large upward revision to our emission estimates of between 10 and 17 million tonnes of CO2e each year from 1990 onwards compared to those published last year.”

The new way of calculating emissions has made it more difficult for the government to keep its promise to cut the UK’s 1990 emissions level by 68% by 2030.

The extra 356 million tonnes of CO2e represents more than the UK has succeeded in cutting from its annual greenhouse emissions total since 1990.

And since 2010, the newly discovered additional emissions produced by peatlands and other sources have increased rapidly, more than doubling from 9.5 to 19.6 million tonnes of CO2e.

When we asked whether the government was still confident of reaching this target, a government spokesperson responded: “These figures demonstrate the extraordinary progress the UK has made in cleaning up its emissions.”

They added that the UK was “going further and faster than almost any other nation towards protecting our precious planet for this generation and those to come.”