The 11 Most Polluted Bodies of Water Around the World

Our waterways are not in a good state.

Around the world, people are dumping plastic, sewage, and chemicals into these precious ecosystems – destroying important habitats, driving species to extinction, and harming local communities.

In the UK alone, only 14% of rivers are “of good ecological standard”, and none are of “good chemical standard” (The Environment Agency, 2020).

But which bodies of water are the most polluted around the world? Let’s find out. 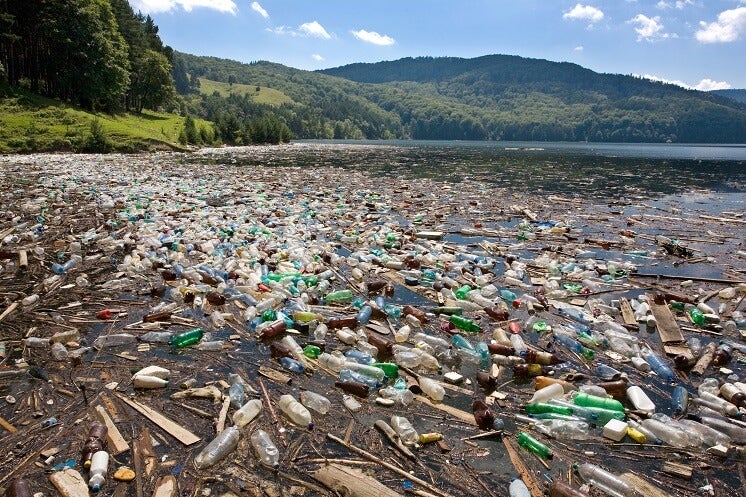 Out of the five official oceans on this planet, the most polluted one is the Pacific Ocean.

Overall, sewage is the main culprit. Each year, 21,675 tonnes of BOD (Biochemical oxygen demand – the amount of oxygen required to remove waste and organic matter from water) enters these waters, along with 12,252 tonnes of suspended solids (such as decaying organic matter and particles).

Not only do these sewage spills destroy vulnerable habitats, they also impact local communities on nearby Pacific islands.

Here, you’ll also find the infamous Great Pacific Garbage Patch. This plastic vortex of marine debris spans roughly 1.6 million square kilometres – or, in other words, an area twice the size of Texas or three times the size of France.

The Indian Ocean also has its very own ‘garbage patch’ – stretching over at least five million square kilometres. This pile-up of plastic is thanks to two key rivers entering the ocean: the Indus and the Ganges.

As well as its prolific plastic problem, the Indian Ocean is also a hotspot for oil spills. In fact, roughly 40% of all petroleum spills happen in this body of water, which leave behind sticky tar lumps that smother wildlife.

One of the most recent oil spills, which happened in Mauritius during 2020, led to around 1,000 tonnes of oil leaking into the Indian Ocean, causing an environmental disaster. Thousands of species were left drowning in oil, and there have been dire consequences for Mauritius’s economy, food security, and health. 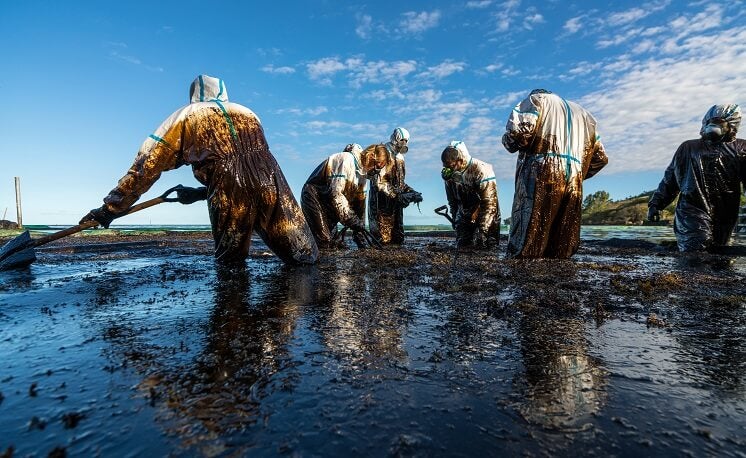 The Yangtze River flows for 6,300 km, with its river basin stretching over almost a fifth of China's land area. Unfortunately, it’s also one of the most polluted bodies of water on the planet.

The main sources of pollution here are industrial wastewater discharge (polluted water, generated from rainwater runoff and human activities) and agricultural chemical fertilizer – thanks to the factories and farms dotted along the riverbed. You’ll also find various spots along the river covered in plastic waste.

The pollution levels here are so bad that nearby towns have been branded as ‘cancer villages’, with stomach, throat, and liver-related cancers affecting residents at a rate that’s 2-3 times China's national average.

Despite being India’s holiest river – with locals regularly bathing in the water to wash away their sins – the Ganges has a big pollution problem.

Typically, the further down the Ma Ganga (Mother Ganges) you travel, the worse the quality of water gets. Winding over 1,500 miles, the holy river gradually transforms into a slurry of urban sewage, animal waste, pesticides, fertilizers, industrial metals, and ashes from cremated bodies.

Between them, homes and factories pump incredible amounts of wastewater into the river each day.

According to Reuters, if just one day’s worth of wastewater pumped into the river was packed into half litre soda bottles, they would stretch to the moon and back nearly four times. Alternatively, if a day’s worth of the Ganges waste was formed into a cube, it would be twice the height of the Statue of Liberty. 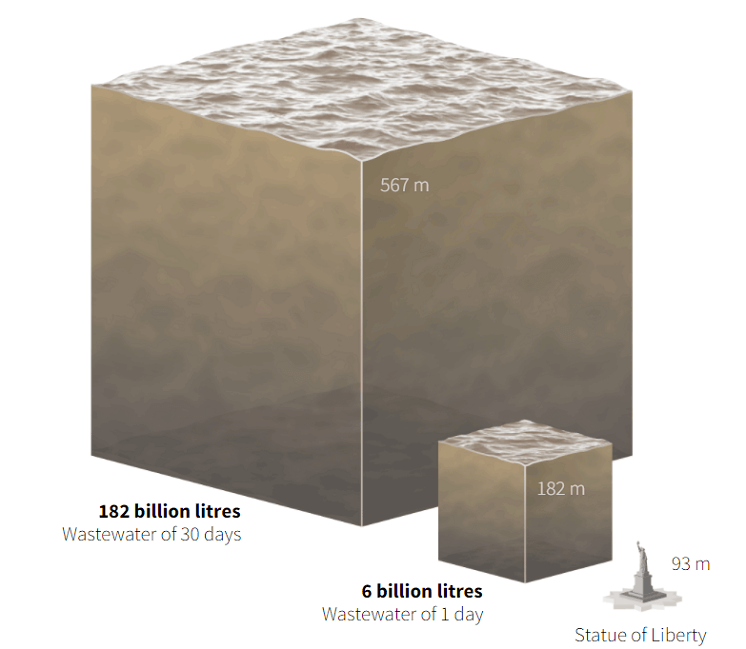 Here, the amount of lead in the water is more than 1,000 times the US Environmental Protection Agency drinking water standard, and levels of other heavy metals – such as aluminium, iron, and manganese – are well above the international average.

According to local activists, many factories continue to discharge waste through concealed pipes, despite this being a banned practice. To make things worse, locals don’t have an effective disposal system, so their waste usually ends up burnt or tossed into the river.

As a result, fish populations in the Citarum River have decreased by 60% since 2008. You’ll usually find the water’s surface smothered with waste, plastic, and dead animals – leading many people to suffer from dermatitis, intestinal problems, and chronic bronchitis – there is even a significant incidence of tumours.

The Yellow River supplies water to millions of people across China. However, the quality of this body of water has gotten so bad that one-third of the river is unusable for domestic, agricultural, or industrial use.

Whilst the upper section of the river is mainly affected by climate change, the lower part is dotted with chemical plants that dump untreated sewage directly into its waters.

Thankfully, things are improving for China’s ‘Mother River’. As of February 2021, around 43% of the Yellow River Basin water had been categorized as Grade II, which means it’s suitable as drinking water, and it belongs to the surface-water protection zone in China.

Despite being Shanghai’s main source of tap water, the Huangpu River is also where most of the city’s sewage is dumped. As a result, less than one-third of the Huangpu River meets China's surface water standards.

Researchers recently found that the amount of biological oxygen demand (BOD), nitrogen, phosphorus, oil, phenol, and suspended solids were lower in upstream sites than in downstream sites – meaning the pollution is largely caused by people tossing things into the river.

The worst offender? Similar to other rivers on this list, it’s the agricultural industry. As of 2010, agriculture became China's main source of pollution – overtaking the industrial sector. One of the most shocking instances of agricultural pollution in the Huangpu River was in 2013, when more than 16,000 dead pigs were dumped into the water, and had to be fished out.

As one of the longest rivers in Asia, the Indus River channels its heavily polluted water through Pakistan and India, all the way to the Indian Ocean.

Here, murky water is riddled with plastic, as well as untreated agricultural, industrial, and domestic waste.

Similar to most of the other rivers on this list, a large portion of water pollution in the Indus comes from the agricultural industry. Local cities and factories also discharge untreated sewage into the river.

Tragically, these toxic levels of pollution have reduced fish populations and decreased the food supply for many who live near the river. What’s more, in parts of the lower Indus, mangroves that were once abundant with marine life have almost disappeared. 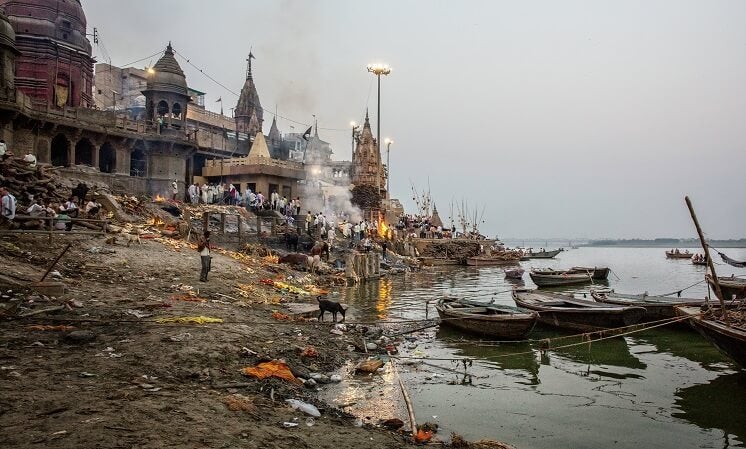 Nicknamed ‘The Lake of Garbage’, Potpećko Lake is a pool of plastic for almost as far as the eye can see.

It’s been estimated that the waste covers roughly 20,000 cubic metres – most of it coming from landfills upstream along the Lim River. Environmentalists in the Balkans have warned that because most landfills aren't managed properly, they leak toxic materials into rivers, threatening ecosystems and wildlife.

Built up over many years, the pile of plastic now threatens to clog up the dam’s hydroelectric plant. As a result, Serbian authorities have started cleanups – collecting up to 100 cubic metres of plastic each day, and returning it to the landfills.

Located in the built-up area of Tai Basin, Lake Tai is surrounded by so-called ‘megacities’, such as Suzhou, Wuxi, and Shanghai.

Over the past decades, rapid urbanisation, population growth, and excessive fish farming have resulted in something called ‘eutrophication’ – a process where the lake becomes enriched with minerals and nutrients.

This increase in nutrients reduces the water quality, causing toxic algae blooms to form on the lake’s surface – giving it a luminous green hue.

Despite its dangerously high pollution levels, the lake is a source of drinking water relied on by millions of people. In 2007, the algal blooms were so severe that the outbreak was declared a health emergency. Water supplies to Wuxi were suspended, leaving two million residents without drinking water for several weeks. 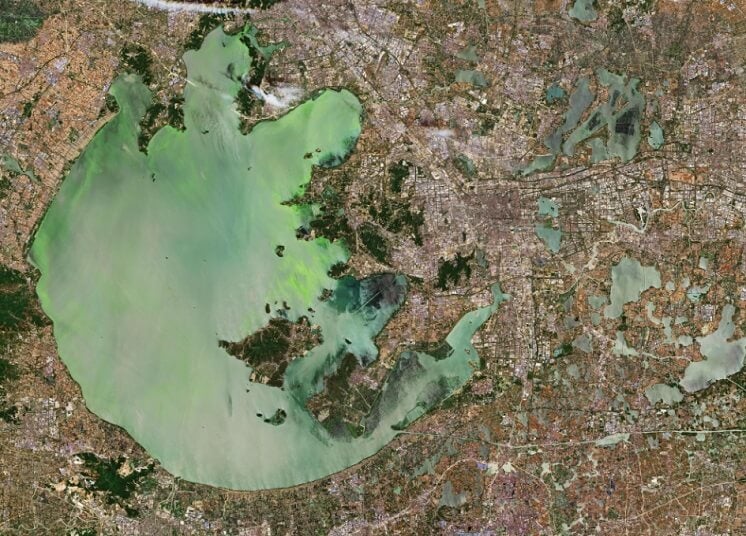 Once a thriving ecosystem home to thousands of fish species, this body of water is now a vessel of raw sewage, domestic and industrial waste, as well as fertiliser and chemicals from local farms.

Lake Victoria’s banks are dotted with cities and towns in Kenya, Uganda, and Tanzania, with many factories discharging chemicals directly into the lake.

On top of this, there is increased logging and deforestation going on in the local area – not only leading to environmental degradation but also reducing the absorption of polluting chemicals.

This list paints quite a bleak picture: toxic levels of pollution, declining fish populations, and water shortages for local communities.

But things can change.

If stricter laws are put in place to stop agricultural and industrial industries from dumping waste into bodies of water, then these oceans, rivers, and lakes will transform into the thriving ecosystems they once were.

Governments also need to support local communities and put sufficient waste systems in place, to make sure they don’t have to either burn their items or toss them into these bodies of water.

It can be done – it just comes down to whether governments are willing to act fast enough.