Extinction in the UK: how are our animals faring?

In the next 80 years, 10% of mammal species on Earth will go extinct. So how are our animals in the UK? Are we doing enough to protect Scottish wildcats? Puffins? Dartmoor Ponies?

The answer, seemingly, is no. 15% of species are currently threatened, according to the 2019 State of Nature report, published by the National Biodiversity Network (NBN).

On average, UK species have declined by 13% since 1970. This is down to – among other causes – climate change, unsustainable fishing practices, and the destruction of wild areas to make way for farmland.

But there are 70,000 species in this country, according to the Natural History Museum, so let’s get a bit more specific. 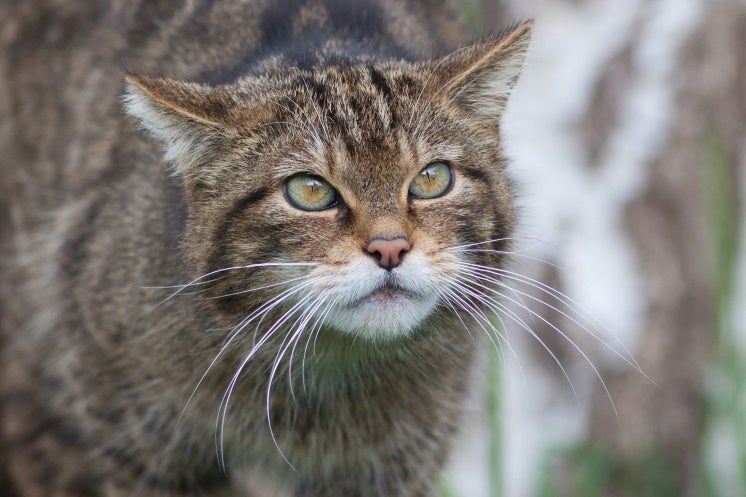 First, the good news. There are 18.7 million mammal pets in the UK, according to the Pet Food Manufacturers Association’s 2020 report, and another 47.8 million in livestock, according to the government’s 2020 data.

That’s 66.5 million mammals whose species are unlikely to be extinct in the near future, because humans want them for companionship or food.

For many other species, the news is much more bleak.

There are 107 species of mammal in the UK, according to a charity called The Mammal Society – and 26% are at risk of extinction, according to the NBN.

The most at-risk mammals are the wildcat and greater mouse-eared bat, which are both critically endangered, according to The Mammal Society’s Red List for British Mammals.

Other species will soon become at-risk if we don’t work to protect them, including the mountain hare, harvest mouse, lesser white-toothed shrew, Leisler's bat, and Nathusius's pipistrelle.

And there are plenty of marine mammals on the red list too, such as the bottlenose dolphin, sei whale, and sperm whale.

“In Britain, we are managing to send even rodents towards extinction. Things have to change rapidly if we want our children and grandchildren to enjoy the wildlife we take for granted.”

The average distribution of mammals has also decreased by a quarter since 1970. The reason for these losses vary between species, but humans are often to blame.

Many have been hunted or killed on sight for centuries, while others like bats and the hazel dormouse have been deprived of their habitats by people building on natural lands.

Man-made pollution is also an issue for mammals, along with the introduction of non-native species.

There are some reasons for hope, though, not least for wolves and bears.

Wolves were wiped out from the UK by the end of the 17th century because of deforestation and murderous royal decrees, while bears dwindled in number during the medieval times.

But since 2019, bears and wolves have once again co-existed in Bear Wood, just outside Bristol. The Bristol Zoological Society scheme, which also includes Eurasian lynxes and wolverines, aims to reopen a debate over reintroducing these species in the wild.

Regional reintroductions of beavers and pine martens have also worked well, but humans must still change their behaviour to help these at-risk species to flourish – otherwise they’ll soon be gone forever. 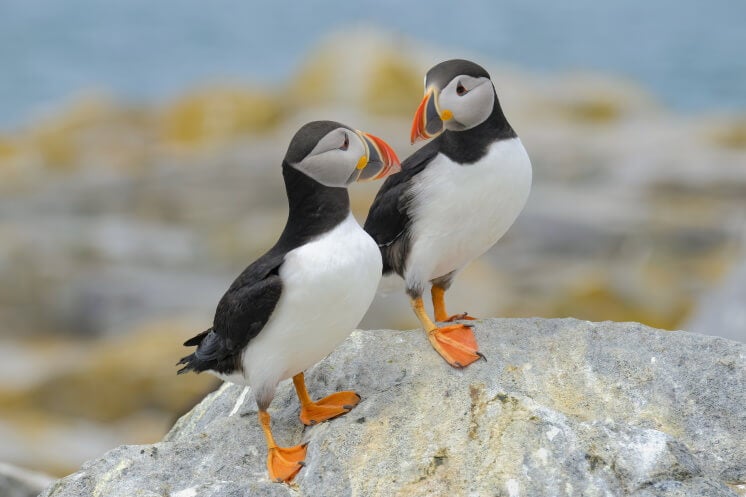 The headline figure here is that 43% of the UK’s birds are at risk of extinction, according to the NBN.

This is even more worrying when you consider that the British Trust for Ornithology’s (BTO) latest report, Birds of Conservation Concern 4, has placed more species onto its red list than ever before.

This list, as you might expect, shows which birds are most at risk of going extinct, and now includes 67 species – 15 more than in the last report, which came out just six years earlier.

In the past 200 years, the UK has lost seven species of breeding birds to extinction, including three in the past 25 years – and that number is set to rise.

This is largely thanks to the destruction of wild areas to make way for roads, housing, and farmlands.

But there is at least some good news.

Two species which were previously on the red list – the nightjar and bittern – have moved to the amber list, which features species that are less threatened.

The BTO credits this improvement to sustainable forest management and targeted conservation measures, which shows how vital it is for us to take action to undo damage caused by previous generations. 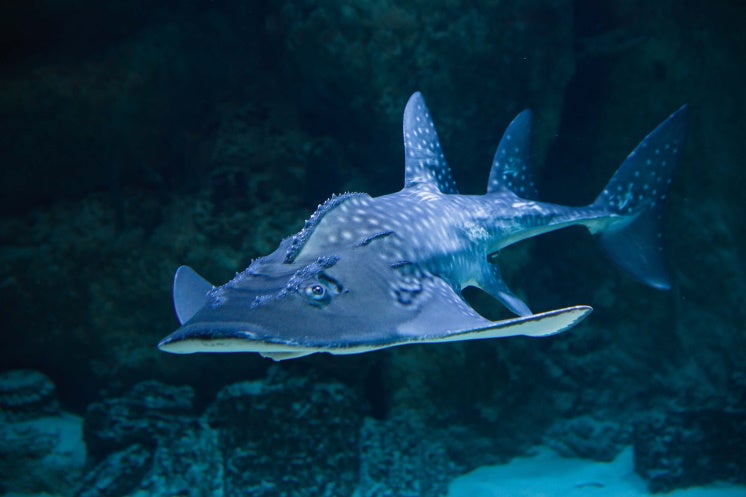 68 of the fish species found in the UK are on the International Union for the Conservation of Nature’s (IUCN) red list.

These include the Atlantic halibut, Atlantic bluefin tuna, and European eel, as well as multiple sharks, such as the angel, thresher, and smooth hammerhead.

Fish are at risk of extinction in and around the UK mainly because of historical overfishing, climate change, and pollution.

The NBN report states that “acidification, caused by the uptake of CO2, has reduced the pH of waters around Europe, apparently more rapidly so in UK waters than in the North Atlantic as a whole.”

Multiple studies have shown that acidification can be deadly to fish, and stop them from reproducing.

And in September 2020, the UK government revealed that every river – all 4,679 surface water bodies in the country – falls short of European Union standards on chemical pollution.

It’s unclear exactly how badly this affects fish, but in 2019, agricultural pollution killed 10,000 fish in Devon, while a separate pollution spill resulted in at least 3,000 dead fish in Somerset – and those are the ones we know about. 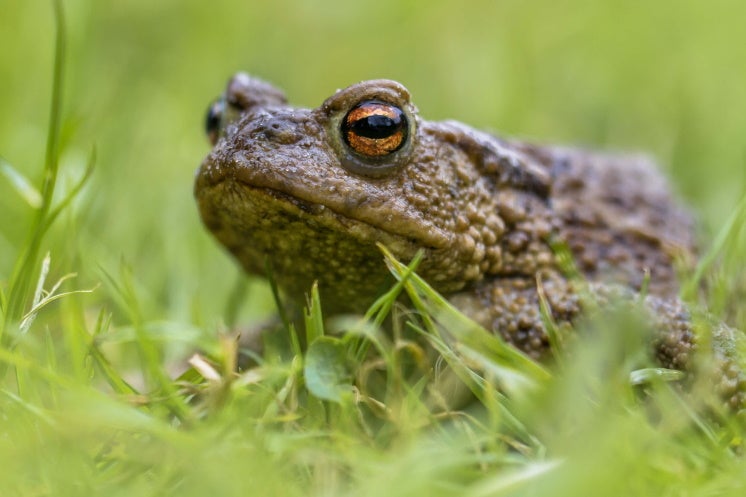 A 2019 study found that half of all amphibian species around the world are at risk – but fortunately, this phenomenon doesn’t seem to have reached our shores just yet.

All seven amphibian species native to the UK are classified as being of “least concern”, according to the IUCN – which is great news.

The pool frog did go extinct in the UK during the 1990s, but was reintroduced in the 2000s, and is now thriving.

As long as we keep monitoring the amphibian populations and preserving their habitats, we can keep up this proud record for years to come. 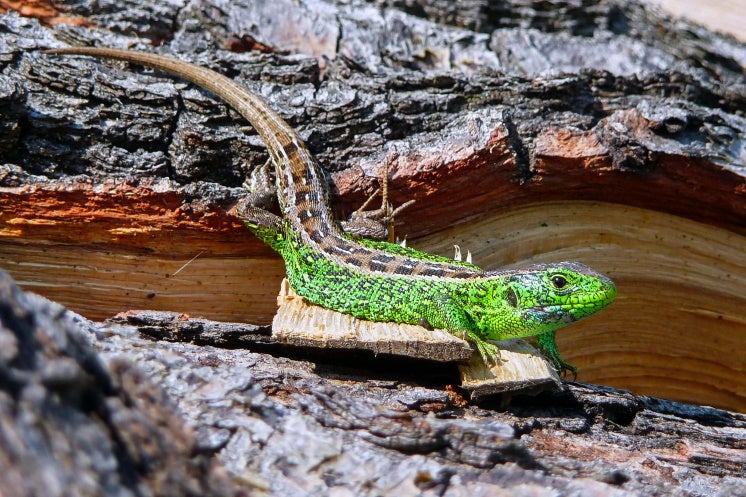 At least one in seven reptile species are threatened with extinction or have recently become extinct, according to IUCN data – but as with amphibians, none of these 1,439 at-risk species are native to the UK.

The six kinds of reptile which live exclusively in this country – the common European adder, grass snake, smooth snake, common lizard, sand lizard, and slow worm – are labelled as “least concern” by the IUCN.

There are, however, at-risk reptiles that find their way to the UK, like the leatherback sea turtle. 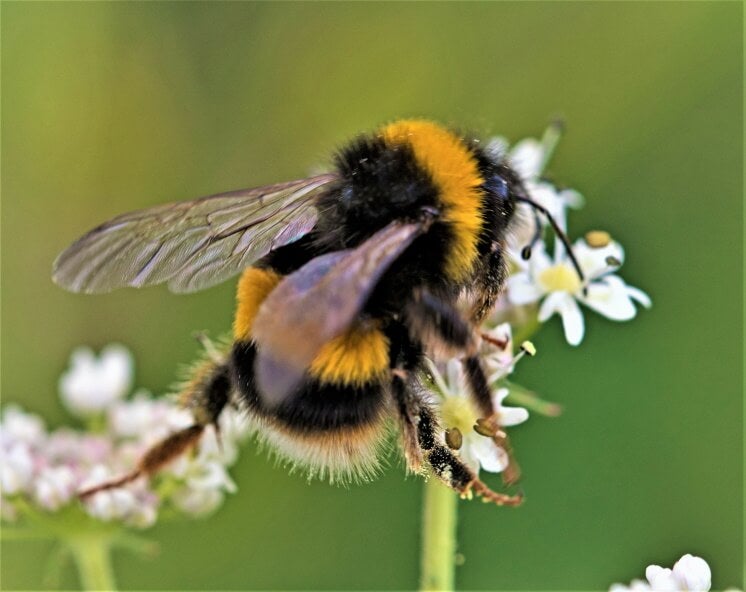 The UK is home to thousands of invertebrates – everything from flying creatures like praying mantises, bees, and moths, to woodland insects like ants, snails, and spiders, onto crustaceans like shrimp, crabs, and lobsters.

405 invertebrate species – 12% of the overall population – are at risk of extinction in this country, according to NBN.

Many species are critically endangered, such as the ground beetle, darkling beetle, and freshwater pearl mussel.

This is worrying for a number of reasons.

Firstly, they’re widespread and wonderful. Invertebrates make up 97% of the Earth’s animal population, which explains why they’re such a diverse, joyful part of nature, encompassing everything from scuttling crabs and beetles to the fragile beauty of butterflies and bees.

They also have countless crucial roles to play in our ecosystem. It’s an oft-repeated statement, but it’s true: if humans disappeared from the world today, other animals would be fine. If invertebrates disappeared, we’d be in serious trouble.

They allow vital food chains to survive. For instance, the work that bees, beetles, butterflies, flies, hoverflies, and moths do to pollinate our crops is extensive. The honeybee alone accounts for 5-15% of the UK's insect-pollinated crops.

If all of these invertebrates ceased their pollinating, it would cost the UK around £690 million per year to replace them, according to a Reading University study. Globally, it would take £120 billion per year.

Invertebrates are vital to the survival of our ecosystem, but they’re dying off – and the problem is even greater worldwide, with one-fifth of invertebrates at risk of extinction, according to the latest reports.

While extinctions have declined considerably since the middle of the 1900s, the Wryneck and Serin birds have already gone extinct in the 21st century – and more losses are on their way.

The NBN’s report notes: “Several other species have not been found during recent targeted surveys and will almost certainly be classified as extinct in Great Britain when assessments are updated.”

If we work with animal and conservation charities, we’ll be able to preserve most of the natural wonders we see around us every day.

If not, we’ll knowingly allow for the destruction of countless species. It’s up to us.