This emissions total is the same amount that 4.6 million people in the UK released in the same time period, according to data we sourced from Everyday Astronaut and the Office for National Statistics.

The damage done by such a short test flight raises environmental concerns about the rocket NASA has chosen to land on the Moon this decade – especially as this was just a prototype. 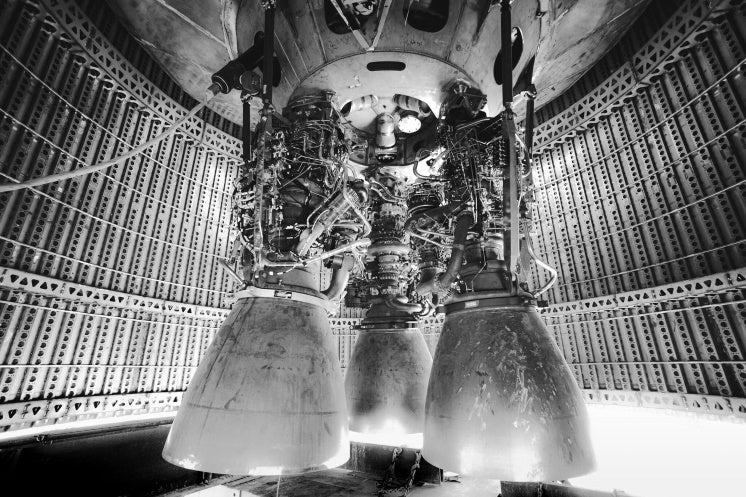 The final design will be much worse

SpaceX’s SN15 prototype of the Starship uses three Raptor engines (seen above), compared to the six engines which the final version of the rocket will use.

This means it’ll be roughly twice as polluting when it’s been completed.

But that’s not all: the Starship has to be combined with a Super Heavy booster to escape the Earth’s atmosphere, for flights into space – and eventually, to the Moon.

This booster will be made up of around 30 engines – 10 times the number that propelled the SN15’s test flight on 5 May.

A Starship flight with the Super Heavy booster will emit 2,683 tonnes of CO2, plus 1.7 tonnes of nitrous oxide.

This greenhouse gas is 298 times more harmful than CO2, which means that over one flight, the rocket will release 3,189.6 tonnes of CO2e*.

How does SpaceX’s rocket compare?

The 1969 Apollo 11 mission that landed humans on the Moon for the first time took eight days overall, so let’s assume the Starship will take the same amount of time for its mission.

We’ve compared that eight-day trip with various sources of emissions over an eight-day period in the UK, as well as Boeing 737 flights, to show exactly how badly the Starship is set to impact the climate.