What is Carbon Capture and Does It Actually Work? 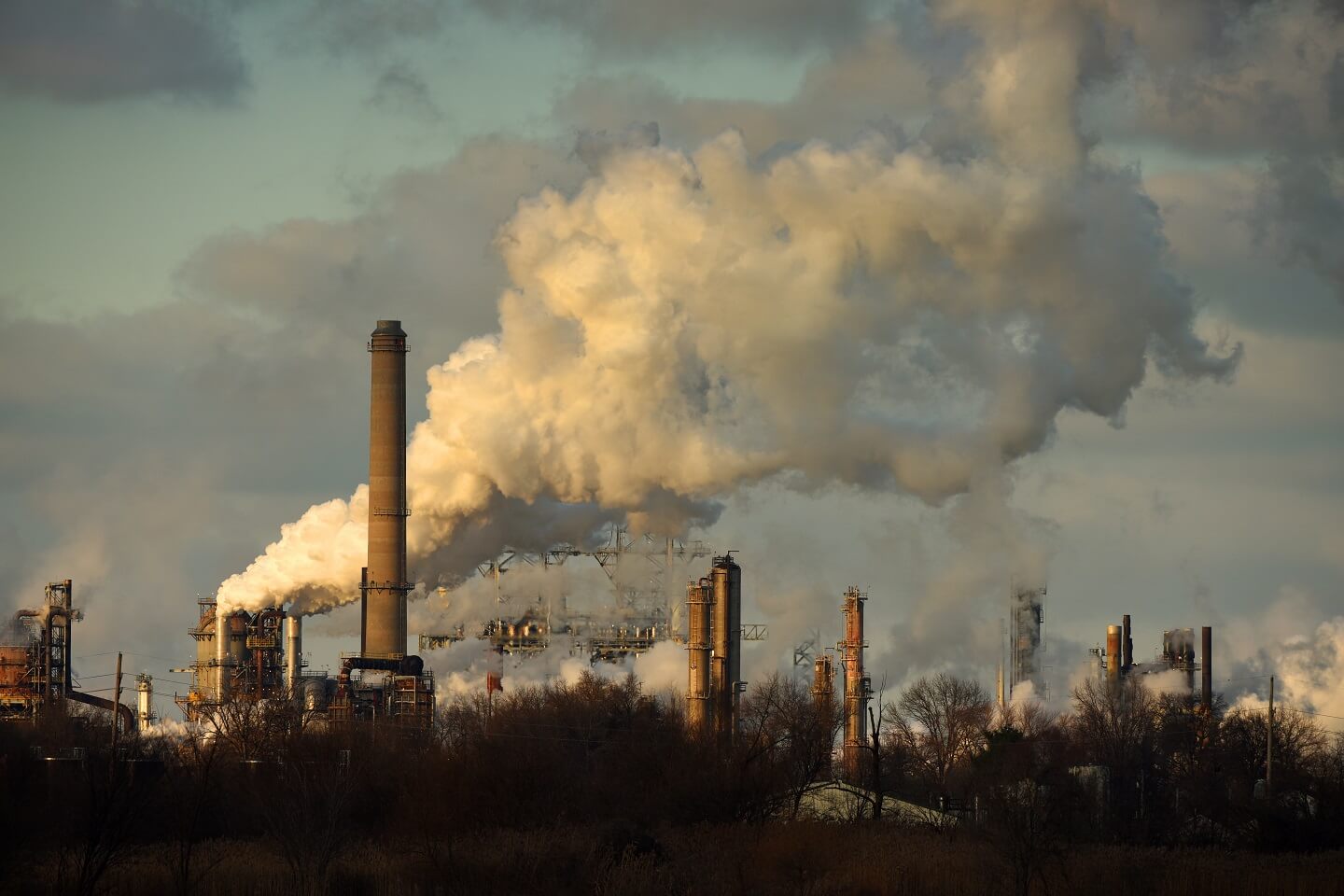 Green technology is advancing quickly. As more countries work towards reaching their net zero goals, politicians, businesses, and individuals are looking for more innovative ways to cut back on emissions.

This unique way of reducing global emissions has been around for decades – and yet, many people have only just started hearing about it.

If you’re in the dark about carbon capture, check out the article below and find out what it actually is, how it works, and whether it has a future in the energy industry.

What is carbon capture and storage?

Carbon capture and storage (CCS) does what it says on the tin – it literally captures carbon dioxide (CO2) emissions from industrial processes, and stores them in the ground.

The process is typically used in industries like steel and cement production, or to remove emissions from fossil fuels in power generation.

Believe it or not, this technology has been around for decades. According to the National Grid, the first carbon-capture system was created back in 1972, which has since captured and stored more than 200 million tonnes of CO2.

How does carbon capture and storage work?

There are three steps to carbon capture and storage:

What are the advantages of carbon capture?

It can reduce emissions

Carbon capture has been touted as a secret weapon in the fight against climate change.

The International Energy Agency states that carbon capture could remove as much as 20% of total CO2 emissions from industrial and energy-production facilities – if it’s done properly.

This will be particularly useful for carbon-intensive industries. In fact, the Centre for Climate and Energy Solutions claims that CCS technology can remove more than 90% of CO2 emissions from power plants and industrial facilities.

Trees are nature’s carbon-capture tool. However, it takes years for saplings to absorb large amounts of CO2.

A typical tree can capture around 21 kilograms (kg) of CO2 per year – but that’s only once it’s fully grown after 20 years. Over the first 20 years of a tree's life, it only actually absorbs 39kg of carbon dioxide.

Carbon capture, on the other hand, can reduce large amounts of CO2 emissions at the source.

Don’t get us wrong – we need to carry on planting trees to help biodiversity and restore damaged habitats. But since we’re in a race against climate change, the faster we reduce emissions, the better.

What are the disadvantages of carbon capture?

Capturing and storing carbon is a pricey process – one that’s not always successful either.

Thankfully, experts are working towards making carbon capture more affordable in the near future – though it’s not clear when this will happen.

The process is energy intensive…

Carbon-capture systems eat through a lot of electricity, which comes down to the amount of thermal energy required, as well as the need to compress CO2 for storage.

CCS is also set to expand by 30% each year, with deployment reaching 30 gigatonnes of CO2 per year by the end of the century – this could consume a quarter of global energy supplies by 2100.

Reaching this goal would mean building some 30,000 large-scale CCS plants – all of which would need to run on electricity, which isn’t always ‘green’.

…which can actually increase emissions

If it’s done effectively, carbon capture can reduce emissions. However, experts have found that some projects are actually pumping out more CO2 than they’re saving.

A recent study suggested that this comes down to the large amount of energy required to power carbon capture.

If a CCS facility has its own solar panel plant to harness renewable energy, then its operations will be completely green. However, if it runs on electricity from the grid, it will likely be pumping out emissions, since most countries around the world still rely on fossil fuels to generate electricity.

There are significant risks

Storing carbon can be risky. Although CO2 isn’t flammable, high levels of it can be harmful to human health.

Concentrated CO2 can cause headaches, dizziness, confusion, and loss of consciousness. There have even been some deaths caused by asphyxiation from high levels of CO2.

Another major concern is that CO2 could leak out of the underground reservoirs into the surrounding air, and either contribute to climate change or taint nearby water supplies.

Experts are also looking into whether carbon storage can lead to human-made tremors, which could be caused by the build-up of pressure underground.

Where is carbon capture and storage happening?

Countries around the world are looking into carbon capture to reduce emissions. According to the Global CCS Institute, there were 51 large-scale CCS facilities globally in 2019 – 19 of these were in operation, four were under construction, and the remainder were in various stages of development.

The world’s largest carbon capture and storage plant is the Century Processing Plant, which is owned by Occidental Petroleum.

After a $1.1 billion (£885 million) investment, the plant began operating in November 2010, and now has the capacity to capture 8.4 million tonnes of CO2 a year.

The Shute Creek Gas Processing Plant currently has the capacity to capture 7 million tonnes of CO2 each year.

The plant is owned by ExxonMobil, and uses Exxon, Anadarko, and ChevronTexaco pipelines to transport the CO2 from the Shute Creek facility.

In 2010, ExxonMobil completed an $86 million (£68.72 million) expansion at the plant to include Controlled Freeze Zone (CFZ) capture technology. This new procedure involves a separation process that freezes out and melts the CO2, removing any hydrogen sulphide, methane, and other components found in gas resources.

The Great Plains Synfuels Plant currently has the capacity to capture and compress up to 3 million tonnes of CO2 a year.

Owned and operated by Dakota Gasification, the plant began production in 1984, and added carbon capture in 2000 after a $1.2 billion (£1.68 billion) investment.

The CO2 is captured through the pre-combustion method, and is transported through a 330km-long pipeline to the Weyburn and Midale oilfields.

Is carbon capture and storage a solution for the future?

It’s still uncertain how the future of carbon capture will play out – this is something experts can’t seem to agree on.

On the one hand, carbon capture has the potential to remove huge amounts of CO2 from the atmosphere. Plus, new climate goals have led to over 120 new industrial carbon-capture projects in recent years, which shows promise in the industry.

On the other hand, carbon capture is currently expensive, risky, and sometimes ineffective at reducing emissions.

Rollouts of CCS facilities are also happening slower than originally expected. The International Energy Agency (IEA) stated that this “deployment remains woefully below the level required in the Net Zero Emissions by 2050 Scenario”.

What’s more, some of the plants that have been able to get up and running have since had to be closed down. One of the largest was the Petra Nova coal plant in Texas – a $1 billion (£885 million) project that consistently underperformed before it finally closed in 2020.

However, many experts in the energy industry are working toward making these facilities more effective and affordable.

Ultimately, the most problematic part of carbon capture is that it is a way for oil and gas giants to greenwash their products and carry on using finite fossil fuels.

By using carbon capture, many fossil-fuel companies are now claiming to have green products, when actually, many of their facilities are still consuming dirty energy through grid-sourced electricity.

Eloquently put by the organisation Food and Water Watch: “The reason that the oil and gas industry loves carbon capture is simple: It extends the fossil fuel era instead of ending it”.

Carbon capture is a controversial topic. Although the process has the potential to cut global carbon emissions, studies have found that some carbon-capture plants are doing more harm than good.

But as the International Renewable Energy Agency (Irena) states, “the easiest and cheapest way to cut gigatons of emissions, would be to retire costly coal plants completely”, rather than find ways to reduce their impact.