One Year On: COVID-19’s Impact on the UK

A little over a year ago, the UK was bracing itself for its first nation-wide lockdown in a bid to fight COVID-19. Children swapped classrooms for kitchen tables, shopkeepers propped up the ‘closed’ sign indefinitely, and office workers set up camp at home.

As coronavirus case numbers climbed, the world fought back by doing nothing. The usually jam-packed roads were eerily quiet, offices lay empty, and people locked themselves away in their homes. Little did we know that we’d be in and out of lockdown for the next twelve months.

And as Brits became used to this restricted lifestyle, air pollution began to fall below pre-pandemic levels, while animals became accustomed to life without humans.

But has any of this had a lasting impact on the UK environment? Let’s find out. 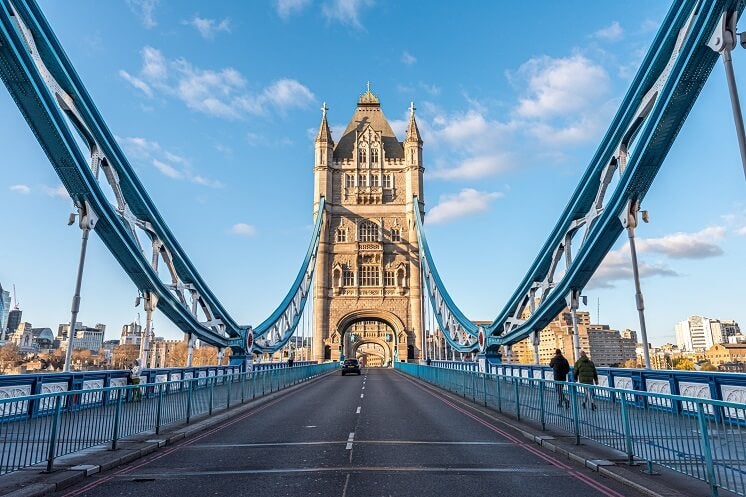 Has COVID-19 impacted air pollution in the UK?

During the first few months of the pandemic, one by one, countries around the world went into full lockdown. Not long afterwards, the news was awash with images of empty streets and roads – particularly those in China and Italy, which were the first countries to lock down.

Nasa collected data from 46 different countries during these months, and found that 50 of the 61 cities studied showed a 20-50% reduction in nitrogen dioxide.

But how did UK emissions perform?

To analyse this, we’ve used DEFRA’s month-by-month data – collected from hundreds of pollution-recording stations across the country – to see just how much UK emissions decreased from 2019-2021.

We’ve focused our research on the pollutant nitrogen dioxide (NO2), which is one of the most harmful chemicals in circulation and often caused by industrial activity and transport.

As you can see, there is a noticeable dip in emissions throughout the whole of 2020 for each region in the UK. Other research has found that in cities and large towns, NO2 concentration levels more than halved during the first UK lockdown – although other, less populated areas weren’t impacted as much.

Unfortunately, as the economy started to open up again in July, once the first lockdown had ended, NO2 emissions resumed their gradual climb.

An additional study proved that when restrictions were lifted, air pollution returned to its pre-pandemic levels in 39 of the 49 cities and large towns that were studied – even though none had returned to previous levels of economic activity at the time.

How has COVID-19 impacted plastic pollution in the UK?

As coronavirus has crept across the world, it's left a trail of masks, latex gloves, and face shields behind.

These PPE items have now become second nature to us. But despite being part of our everyday lives for such a short period of time, PPE already accounts for over 1% of all UK plastic pollution.

Some PPE takes up to 450 years to degrade – eventually breaking down into harmful microplastics.

In London, the annual Thames River Watch Big Count measured the amount of single-use plastic in the river. Organisation Thames21 measured more than 1km of the river’s shore, and found the following:

“The response to COVID-19 has seen the move away from reusable to single-use items in the mistaken belief that these are safer. This means greater pollution of our waterways as well as greater carbon emissions from producing and transporting single-use plastic.

The health of the Thames should not depend on volunteer clean-ups. We need to turn off the plastic tap at source.’ – AJ McConville, coordinator of Thames21’s plastic monitoring programme. 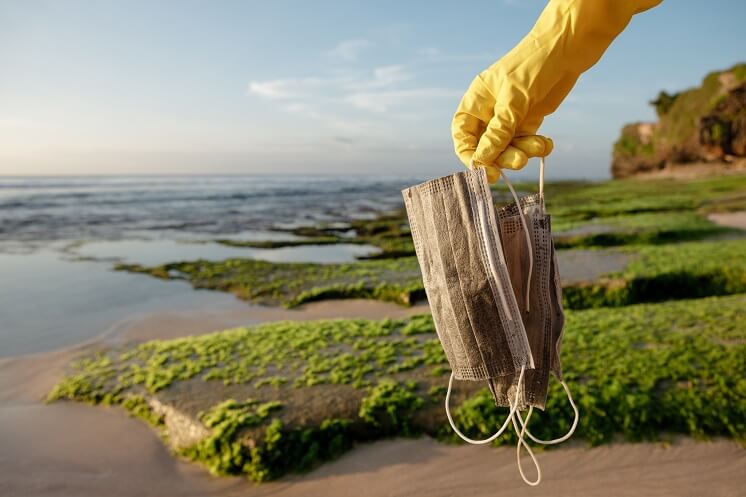 How has COVID-19 impacted UK wildlife?

In the early days of the pandemic, social media platforms and news sites were smeared with content proclaiming ‘the world is healing’. It was the positive news we all needed – unfortunately, much of it was later revealed to be ‘fake news’.

However, that’s not to say that wildlife hasn’t benefited from this pandemic. Slowing down and spending more time in nature has certainly led more people to look out for animals.

In fact, in the first 100 days of lockdown in the UK, there were nearly half a million wildlife sightings submitted to wildlife spotting website iRecord – up a massive 54% compared to the same time in 2019.

It turns out that being confined to our homes and gardens meant we were seeing thousands more butterflies (129,000 sightings) and moths (90,000 sightings), as well as bats – with 2.4 times as many seen in lockdown as the same time in 2019.

In other parts of the world, lockdown helped wildlife by pushing down poaching rates. In the UK, however, humans simply seeing more of nature has helped endangered animals.

Wildlife hospitals across the country reported their busiest year ever in 2020 – with hedgehogs, pigeons, bats, and birds of prey among the list of popular animals being brought in for treatment.

For Vale Wildlife, a centre in Gloucestershire, 2020 was the busiest in its 36-year history. In an interview with the BBC, the hospital’s founder Caroline Gould said: “We took in almost 7,000 animals in 2019, and we’re definitely on track to beat that.”

This year has also been record-breaking for British Divers Marine Life Rescue, which provides a 24-hour emergency service for marine mammals.

How has the pandemic shaped the energy industry?

2020 was a big year for renewables. UK energy demand shrank dramatically during lockdown, as more people swapped swanky offices for kitchen tables. Overall, industrial electricity consumption fell by 17% compared to the same quarter in 2019, while commercial electricity demand dropped by 19%. This drop represented the perfect time for renewables to swoop in.

And swoop they did – leading to a handful of record-breaking milestones. Check them out below: 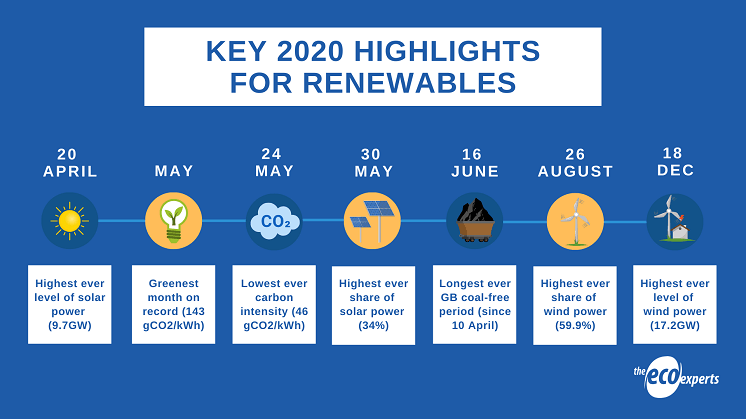 Data from the National Grid

The chart below shows how each type of energy performed during the pandemic.

Gas took a noticeable hit early on, encouraging wind energy to soar into the top three contenders. Unfortunately, by the end of 2020, electricity demand and mix pretty much went back to previous trends.

The decline of fossil fuels in the UK during 2020

2020 was pivotal in the UK’s journey to reach its goal of net-zero emissions by 2050. Thanks to the rise of renewables, fossil fuels took a huge hit – but by how much?

Admittedly, the UK still imports a lot of coal from other countries – leading some experts to question whether we are reducing emissions, or just moving them elsewhere. In fact, coal imports accounted for 64% of supply in Q3 2020.

The coronavirus pandemic ripped through countries around the world, leaving many with struggling economies. In response, various nations have meticulously planned their next move with stimulus plans – and the UK is one of the few countries doing this with the planet in mind.

As the summer of 2020 drew to a close, Prime Minister Boris Johnson released his ‘Build Back Better’ roadmap to the public. The ten-point plan includes:

Despite this promising proposal, the government has received mixed responses. So far, a total of £5.4 billion has been earmarked for these goals – which sounds like a lot, but is far lower than the likes of France and Germany have set aside.

Plus, to kickstart this green industrialisation, the government introduced the Green Homes Grant – a chance to help homeowners make their houses more energy efficient.

The scheme has since received a lot of criticism after failing to be rolled out efficiently – leaving a lot of room for doubt about how effective the rest of Boris’ plans will be.

“A much bolder approach is needed if the UK is to create the hundreds of thousands of new green jobs and other benefits that building a cleaner, safer future will bring.” – Friends of the Earth’s head of policy Mike Childs

The pandemic has also confirmed everything experts have stated over the past few years: nature is quick to heal if we change our habits.

As a result, research has proven that consumers “have dramatically evolved” after COVID-19 – with 60% of people now making more environmentally friendly, sustainable, or ethical purchases.

We’ve listed the most popular ways consumers are trying to be more sustainable below:

Veganism is also on the up, with sales of vegan food soaring during the first lockdown – but just how many people have converted over the past year?

Well, at the beginning of 2020, approximately 1.1 million Brits followed a plant-based diet. Now, this figure is approaching 1.5 million people – which is roughly 3% of the UK population.

The pandemic has also led to a lot of delayed climate action. And since time isn’t on our side when it comes to the fight against climate change, this is a huge blow.

The COP26 – the United Nations Climate Change Conference – was set to go ahead in 2020, but had to be postponed until November 2021. Many experts expressed concerns that this will push climate change further down the list of priorities in some countries.

This isn’t the only major negotiation that had to be pushed back, either. The World Conservation Congress was set to evaluate global conservation measures, the Convention on Biological Diversity would have established new global rules to protect wildlife, the UN Ocean Conference was scheduled to plan for sustainable solutions to manage the oceans – the list goes on.

On top of this, due to lockdowns and travel bans, many scientists have been unable to travel to do their fieldwork – and there’s only so much someone can discover from the comfort of their own home.

Even down to the members of the public getting their hands dirty with volunteering events – COVID-19 has prevented an endless list of events from going ahead.

Overall, the coronavirus pandemic has sent ripples of destruction across the world. It has, however, proved that we’re able to stop harming the planet if we adjust our habits.

If we utilise renewables, make more ethical choices as consumers, and push governments to implement more environmental laws, perhaps we can get used to the cleaner air we experienced in the first lockdown.