The cryptocurrency is responsible for 121.05 TWh (terawatt-hours) per year – nearly three times as much as these tech behemoths, which use 45 TWh between them.

Data from Cambridge University's Bitcoin Electricity Consumption Index places Bitcoin’s energy usage above countries like the United Arab Emirates, the Netherlands, and Pakistan – the last of which powers the lives of more than 216 million people.

If it were a country, Bitcoin would rank 31st for energy consumption.

How does Bitcoin use energy?

Bitcoin is a digital currency, with coins that have to be mined through a two-step process which uses a tremendous amount of energy.

First, you must verify around one megabyte of transactions, which helps to stop fraud within the system. This makes you eligible to receive bitcoins – a small cut for each transaction you verify.

The second step is that your extremely powerful computer – or more likely, group of computers – must crack a numerical problem.

This is known as hashing, and those who do it are known as hashers. You can only be successful with luck and enormous electricity usage, as you just have to leave your computers to get on with solving the problem.

It’s called mining because there is a finite amount of bitcoins, just like oil or any other natural resource. Since 2009, when the currency was established, 18.5 million of the 21 million bitcoins that exist have been mined.

The world uses a great deal of energy, consuming a total of 23,398 TWh per year, of which Bitcoin consumes 0.5%.

So why are we highlighting Bitcoin’s usage? After all, China uses 31% of the world’s energy for 18% of the planet’s population, while the US consumes 17% despite being home to just 4.3% of the humans on Earth.

Well, because Bitcoin isn’t a country.

A country is responsible for powering the everyday activities of its citizens – it lights your homes, streets, classrooms, and offices; it powers crucial and ubiquitous electronic devices from smartphones and fridges to medical devices; in short, it makes modern life possible.

And tech giants like Amazon and Apple provide jobs, goods, and services, while Bitcoin uses astronomical levels of energy to produce a type of currency that doesn’t make the world better in any tangible way. 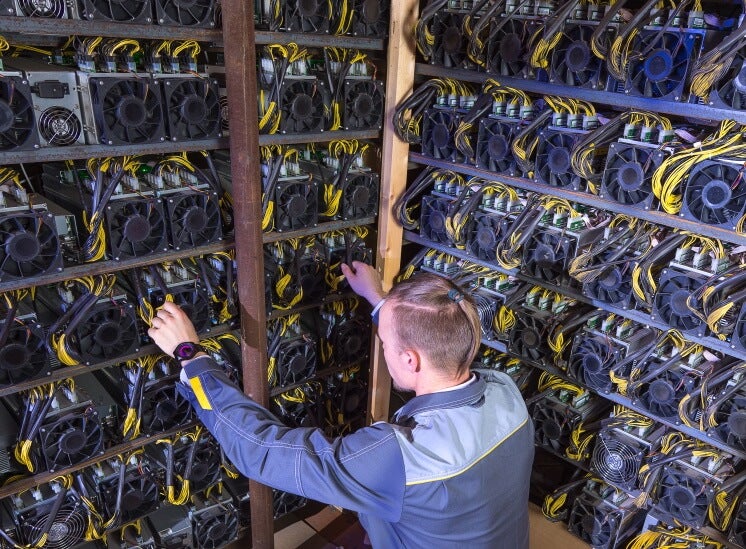 What kind of energy does Bitcoin use?

It also means that 61% of this enterprise, which seemingly contributes nothing to overall global prosperity, is powered by fossil fuels.

And while countries like the United Arab Emirates, the Netherlands, and the Philippines – as well as companies like Amazon and Microsoft – have all taken steps to increase the amount of renewable energy they use, Bitcoin won’t, because it can’t.

The Guardian’s technology editor Alex Hern has explained that “Apple, Microsoft, Amazon, can all commit to carbon neutrality, or even carbon negative operations.

“But the nature of a decentralised proof of work system is that miners can always use whatever source of energy they want, and it's impossible to force, or even verify, [that it’s] clean.”

How is the UK affected?

The UK is barely affected as things stand. The country’s share of global bitcoin mining is just 0.1%, as of April 2020.

And this figure is unlikely to rise any time soon, as the Financial Conduct Authority cracked down on unlicensed providers of cryptoassets – including Bitcoin – in January 2021.

The independent regulatory body stated that from 10 January, “all UK cryptoasset firms must be registered with the FCA under regulations to tackle money laundering.

“Operating without a registration is a criminal offence.”