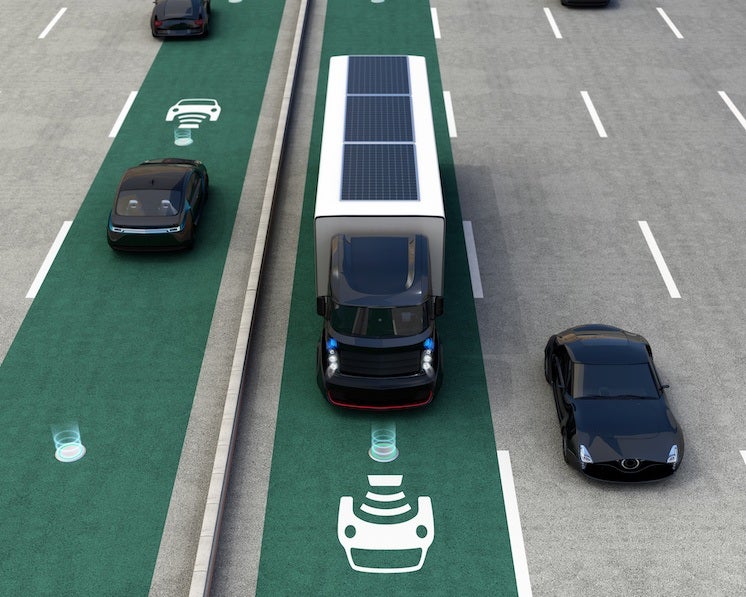 One of the human inventions most responsible for carbon emissions is the combustion engine. It’s a good thing then that electric cars have become more and more common as the years go by, with top companies like Tesla leading the charge.

But speaking of the charge, that’s exactly what these vehicles need to keep moving. Instead of filling them up with petroleum, we’re going to be juicing them with electricity. But let’s look a bit at how this works.

What is wireless EV charging?

We all know how to conventionally charge something – we do it to our phones every day. Just slap a cord into a port, leave it for a few hours, and before you know it, your device will be refreshed and ready for more fun.

And it’s easy to figure out how this works, too. The batteries in our phones have a capacity for energy, in the form of electricity. When you hook the phone up to a power source via the charging cord, the energy runs from the source into the phone’s battery. Easy.

But humans always have to take it a step further. We thought “these cords are annoying – they get in the way and they can fall apart over time.” So we created wireless charging, which is exactly what it sounds like. Now, devices only need to be in contact with certain surfaces to get powered up.

That is a great question, because honestly it seems like magic. If you haven’t seen it in action, wireless charging has been in a lot of recent phone models or smart watches.

A wireless phone charger is a small panel that is plugged into the wall. Rather than fiddling around with a cord when you want to charge your phone, you can simply toss it onto the panel and call it a day.

But how does this work for vehicles? Remarkably, it’s pretty much the exact same way. Drive a compatible electric car over a wireless charging station and watch as your battery goes from red to green.

The science behind it is predictably very complicated. To put it simply, autocar.co.uk states that an “oscillating magnetic field in the charge pad is picked up at the same frequency in the vehicle receiver, and that starts the charging process.”

This technology has been tested in the UK with a taxi rank that had been outfitted with wireless charging panels. “The cabbies don’t have to get out but just shuffle up the queue, continuing to charge at a rate of 11kW at the next pad along.”

This cuts down on both petrol reliance, and the need for physical charging stations cluttering up the footpath. And don’t worry, there’s no kind of radiation or anything coming off of these panels. They’re completely safe.

Predicting the future of any industry is a tall order. If you could reliably predict “the next big thing,” you’d be able to make your living solely off the stock market. With that said, the future does look good for wireless vehicle charging.

While oil isn’t going anywhere in a hurry (unfortunately), electric cars are on the rise. Within the past decade in the UK, the amount of registered electric vehicles has risen from almost nothing to over 200,000. This number includes personal cars and company vehicles, like delivery vans.

If these vans had wireless recharge panels installed in their garage, it would be a huge time saver to be able to just drive up and park on one, then get out and not need to worry about refuelling your vehicle.

And considering the fact that it’s significantly cheaper to run an electric fleet rather than a fleet of petrol vehicles (and that electric vehicles' ranges now go above 350 miles) it’s very possible that wireless charging could become the norm for all vehicles.

Can you charge your vehicle while driving?

Here’s the inevitable question. If you can park on top of a panel and have it charge your car, what happens when you hypothetically pave a road with these panels? Can you drive along a line of perpetually powered up pavement, never again having to worry about refueling your car?

Well, not yet, but they’re working on it! This prototype for an electric road is being tested, and if it’s proven to work, it could be astronomical in the world of city transportation and greenhouse gas emissions.

Firstly, we wouldn't have to pave every road in the city with charging panels. We could start off by laying them down along popular bus routes and using them to have a city bus service that never needs to be refuelled.

Then, as time goes on, this could help electric cars become more affordable. The most expensive aspect of building an electric car is producing a reasonably sized battery that can hold enough electricity to keep a car going for more than a few hours.

But if the roads slowly become charging roads, we’ll soon be able to produce electric cars at a far more reasonable price, as we’ll be able to implement smaller batteries that will constantly be fueled by the charging road.

What cars can be charged wirelessly?

This technology is very recent, only being even slightly implemented throughout the past year. Because of this, not many electric vehicles have been outfitted with the correct gear they need to charge wirelessly.

If you’ve just purchased an electric vehicle without wireless charging capabilities though, don’t worry. The tech can easily be retrofitted into most electric vehicles, so you’ll be able to take full advantage of these panels after a quick upgrade.

If you’re looking for specific car models that can charge wirelessly, BMW claims to be the first manufacturer that offered this technology. Check out this soothing video for their tutorial on wireless charging.

Companies like Mercedes and Nissan followed close behind with their own take on wireless charging, so within a few years, it’s likely that every electric car will be outfitted with wireless charging capabilities.

This is definitely an exciting prospect in the realm of transportation. Not needing to refuel your car or busses at all is a huge plus, cutting down reliance on oil, getting rid of the need for physical charging stations, and overall saving everyone time.

Like we said, you can never predict the future with 100% certainty, but it looks bright in the realm of electric vehicles.