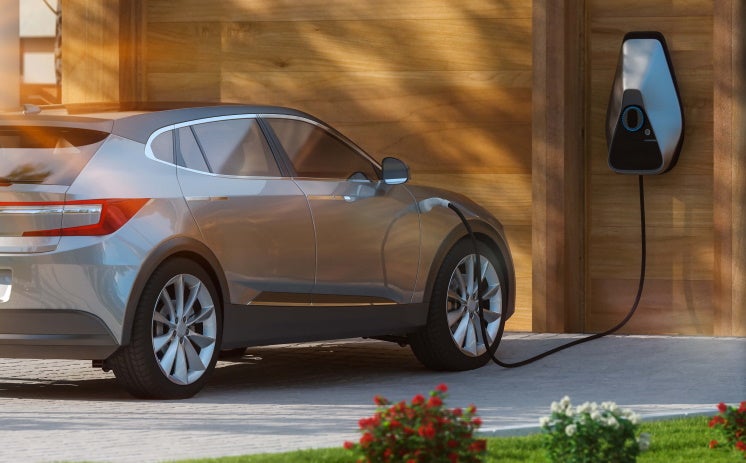 ✔ 238 vehicle models are eligible for the grant

✔ You could receive the grant twice, if you have two eligible vehicles

The Electric Vehicle Homecharge Scheme will be closed to house owners on
31 March 2022.

It will only be open to people who own flats, and people in rented accommodation.

You want to go green. You really do.

And road vehicles are one of the main sources of carbon emissions. After all, drivers are responsible for releasing 118 million tonnes of CO2e per year – 21% of the UK’s emissions total.

But you’re probably worried about the price – which is where the Electric Vehicle Homecharge Scheme comes in.

This UK government programme can save you from spending extra cash, just when you’ve made the significant purchase of an electric vehicle. If you're tempted, fill in this form to see how much it would cost you.

What is the Electric Vehicle Homecharge Scheme?

The Electric Vehicle Homecharge Scheme (EVHS) is a government initiative that encourages more of the public to buy electric vehicles.

It does this by subsidising 75% of the cost of buying and installing a home recharging station, up to £350 (including VAT).

To qualify, you must be:

You can even get a second chargepoint if your household has a second eligible electric vehicle.

It explained in the latest guidance that it created the EVHS because “most plug-in vehicle owners will carry out the largest proportion of their charging at home.”

OZEV therefore sees a subsidised home charger as the best enticement for people thinking of getting an electric car.

If you want to see which model would be best for you, just check out our analysis of the nine best electric vehicle home chargers.

How does it work?

If you already own an electric vehicle, or you’re thinking about buying one, have a look through this government guidance.

Once you've ensured that you can qualify for the grant, fill in and sign an EVHS installation form, though watch out – you won’t qualify if you apply more than six weeks before the installation.

When you’ve completed the application, look through this list of approved installers, decide which of the best electric vehicle charging companies you want to buy a charging station from, and send your application to that company.

The installer will claim the government’s subsidy on your behalf, so all you’ll have to do is pay the discounted rate.

After that, you can enjoy all the benefits that come with having an electric vehicle you can charge at home.

We explain more of those benefits in our Electric Vehicle Statistics page.

What are the types of OZEV grants available?

We’ve covered the basics of the Electric Vehicle Homecharge Scheme, but the good news for companies and charities out there is that there’s another grant available, specifically for organisations.

The WCS helps organisations which want to provide a free charging option to staff members who drive electric vehicles.

If you’re eligible, the government can cover 75% of your charging point costs, up to £350.

Sound familiar? Well, there’s a twist that differs the WCS from the EVHS: the scheme will cover a maximum of 40 chargers across all the organisation’s sites.

To qualify for this initiative, your organisation must be: 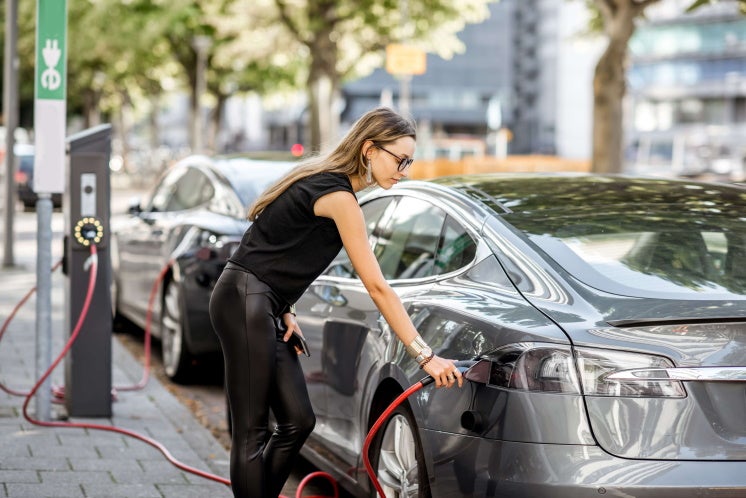 How much can the Electric Vehicle Homecharge Scheme save me?

EVHS can save you 75% of the cost of buying and installing as many as two charging stations, up to £350 per station.

And if the scheme makes it possible for you to afford an electric vehicle, it could save you thousands in the long run, according to a study by the International Council for Clean Transportation.

How do I qualify for OZEV’s EVHS grant?

You can qualify for an EVHS grant by filling in the relevant application.

And to ensure you actually get the grant, you must match one of the following criteria:

All of the above criteria must have happened on or after 1 October 2016.

How do I claim it at home?

Simply fill in the EVHS application, with the help of this government guidance.

Then send your application to one of the companies on this list of approved installers, depending on which one you want to buy your charging station from.

Arrange an installation date that’s six weeks or sooner from when you filled in the application, otherwise you won’t qualify for the grant.

Your installer will claim the EVHS grant on your behalf, and pass the savings on to you. Then you won't have to worry as much about running out of charge because of your electric vehicle's range.

How do I claim it for my business?

You can’t claim the EVHS for your business, but you can apply for a WCS grant.

The application form is available online – but before you fill it in, check the dedicated WCS section above to make sure you qualify.

Which vehicles are compatible with the Electric Vehicle Homecharge Scheme?

238 vehicles currently qualify for the EVHS – you can see if your vehicle is compatible by checking this eligible vehicles list.

And if you’re looking at acquiring a vehicle that qualifies for the grant, there’s a wide selection to choose from.

There are more than a dozen established car brands on the list, from Citroen to Chevrolet, Porsche to Peugeot, and Volvo to Volkswagen.

If you can think of a manufacturer, it probably sells an eligible vehicle.

You can also buy from companies that specialise in making electric vehicles, like BD and BYD.

Has the EVHS been a success?

The EVHS has been used to discount the installation of 189,815 charging stations since its inception in September 2014, according to government data.

The scheme has been funded to tune of £88.1 million in that time, and nearly a quarter of that total – £21.4 million – has been given out in the past 12 months.

The scheme has been most popular in the South East and East of England, where you can find 36,660 and 20,900 EVHS devices, respectively.

But while the scheme has certainly made a positive impact, it's not enough.

There are 32.7 million registered cars in the UK, meaning the EVHS has been used to fuel just 0.6% of cars on these shores.

And even when it comes to electric vehicles, the grant has only been claimed for 28% of the 675,000 cars currently registered in the UK, showing how many customers don't own a driveway.

The truth remains that it's not the cost of an electric car charger (£950 on average, without the EVHS) that puts off consumers – it's the cost of the car.

A few dozen electric cars are discounted by the government at £2,500 per vehicle, but with the average model costing £43,896, this isn't enough to make it affordable for most people.

Will there be anything after the EVHS?

In the government's Net Zero Strategy, published in October 2021, £620 million of new funding was dedicated towards “zero emission vehicle grants and EV infrastructure.”

We have asked the government for the date, duration, and value of these new grants, but a spokesperson refused to give any specifics, saying only that there would be “more details in due course.”

We'll update this page when the government reveals what it has planned.

In September 2021, in the midst of the petrol crisis, demand for electric vehicles soared. A record 32,721 purely electric cars were registered across the month.

That figure was 49% higher than September 2020 – in fact, it was only 5,000 shy of the total number for 2020, according to the Society of Motor Manufacturers and Traders (SMMT).

And over the past 12 months, the number of electric cars in the UK has risen by more than it did in the previous four years – combined.

If you’re looking to get a charging point installed at your home, you could save £350 on the entire process, simply by filling in an Electric Vehicle Homecharge Scheme application and sending it to your chosen eligible installer.

And if you represent an organisation looking to get its staff or fleet to go electric, the Workplace Charging Scheme can save you up to £350 on as many as 40 charging stations.

Both schemes are clear win-wins for both you and the environment – so what are you waiting for? Fill in this form and get ready for your new, electric life.