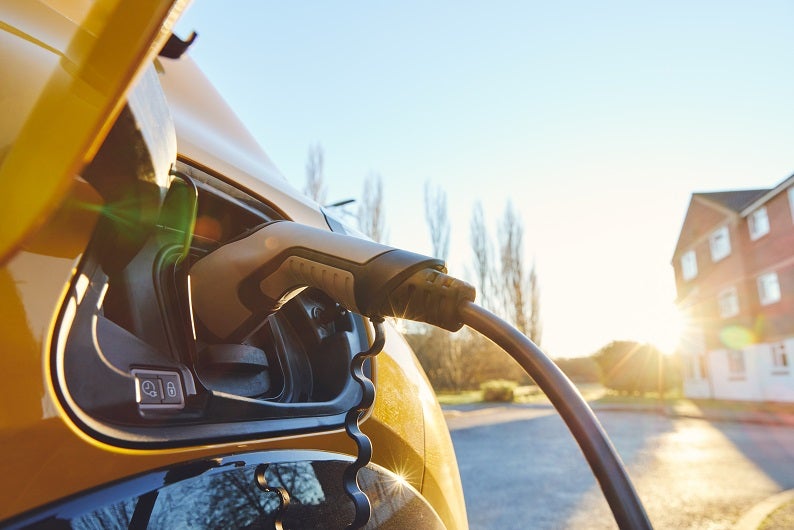 Electric vehicles (EVs) are becoming more accessible every year, thanks to longer-lasting batteries and falling prices. Many people also now recognise the importance electric cars have in cutting out fossil fuels for good, both for climate change and our own health.

The 7 Most Affordable Electric Cars in the UK

Hailing from its predecessor, the VW ID.3, Volkswagen’s ID.3 Pure is touted as the entry-level version. Don’t let that make you think they’re cutting corners, though – the ID.3 Pure is every bit as technologically advanced as the other electric cars in the ID series.

Its five doors make it a perfect family car too, with more than enough room in the boot for a pushchair, the shopping, or suitcases for a holiday.

There’s also a convenient rapid charge option that gives 80% of charge in 45 minutes. Whilst not as fast a pace as some of the other models on this list, it’s still plenty handy.

One downside to the ID.3 Pure is its smallish battery, which clocks in at 45 kWh. What this means is that you’re only going to get a maximum range of around 105 miles.

This is far from terrible though – honestly, if you’re just going to be driving around a city or town, it’s more than enough. It’s the longer journeys that will likely require a charging stop.

The original Peugeot 208 remains one of the UK’s most popular cars, winning the car of the year award in 2020. It’s little wonder then that Peugeot’s electric version, the e-208, is widely recognised as a serious player in the electric vehicles market.

The e-208 keeps the same attractive hatchback design and affordability, which will make it an attractive option for Peugeot 208 owners looking to make the switch to electric.

It’s rather brilliant for people who don’t want to make a big fuss about having an electric car, too – its electric status is very inconspicuous, aside from the ‘e’ in front of the 208 on the boot door.

A negative point, at least for those under a certain height, is that the dashboard is difficult to read. This is because Peugeot decided to place things like the speedometer and the rev counter at an angle behind the wheel that, frankly, only the vertically blessed among us will read comfortably.

Other than that, the e-208’s interior is sleek, comfortable, and even comes with a handy seven-inch ‘infotainment’ screen.

The e-208’s best feature is its impressive range, clocking in at 208 miles on a full charge (how pleased do you think the manufacturers were when that number came out?). This will give most users ample wiggle room for longer journeys.

If you do get stuck, the e-208’s rapid charge feature will have you up and running in 30 minutes (with 80% battery charge).

The Corsa-e is definitely the Peugeot e-208’s closest rival, both in price and performance. Boasting a similar range of 209 miles, the Corsa-e is equally well equipped for journeys beyond the Shire.

It’s not as snappy to drive as its petrol-fueled namesake, but the Corsa-e is certainly no slouch, hitting 60mph in eight seconds. However, like almost all electric cars, the Corsa-e has a big battery to lug around, so expect to feel the weight shift when you’re going round a corner.

As for the interior, this is where the Corsa-e starts to lose out to its French rival. Unlike the e-208, the interior of the Corsa-e is drab and lifeless, with about as much character as an elevator.

Though the important bits and bobs (speedo, rev counter, etc.) are a darn sight easier to read, which is the most important thing after all!

Looking at the Mini Electric, you might find yourself wondering what would Michael Caine think about driving it through Turin? All those people forced to breathe fumes as he sped away with the gold would definitely prefer it.

The Mini Electric almost looks every part like a typical Mini Cooper, but it’s let down by the frankly hideous rims on the tires. Looks aren’t everything, of course, so it’s a good thing that the Mini Electric comes with a whole host of other benefits.

With 181 bhp under the hood, the Mini Electric is no slouch, easily reaching 60 mph in 7.3 seconds.

Its interior is also sublime, and combines iconic ‘60s styling with a decidedly futuristic vibe. The 8.3-inch screen comes as standard and includes all the usual bells and whistles – bluetooth, DAB radio, sat-nav, and smartphone mirroring.

One potentially big downside is the Mini Electric’s poor range – just 145 miles officially, though some reviewers have already pointed out that it’s tough to get past 100.

This is substantially lower than the similarly priced Peugeot e-208 and Corsa-e, which is a shame because there is still a lot to love about the Mini Electric.

Regardless of what Fiat does to its iconic 500 series under the hood, no one can take away that inimitable style. Just look at it – it’s bloody gorgeous! And even better, it’s now gone electric, so you can look fantastic without the fossil fuels.

The 500e is intrinsically designed for use in a city or town, so we’ll start off by saying the battery won’t carry you more than 115 miles (approximately) on a full charge.

But if you do need to make a longer journey, the 500e’s rapid charge option is one of the most efficient around, capable of giving 80% charge in just 26 minutes.

Also, for those drivers who aren’t completely confident in their ability, the included Autonomous Driving option assists with braking, accelerating, and staying in the right lane. Pretty smart eh?

The name might be utterly terrible (I won’t debate this), but my word, what a price for an electric vehicle! This car is tailor-made for families too, with four doors and just enough space for most of the things you might need to travel with.

Don’t hold your breath for an interior anywhere close to the style shown in the Fiat 500e or Mini Electric, though – the CITIGOe iV is as barebones as it gets.

There’s no infotainment screen, the plastic finishing is scratchy, and the cheap-feeling steering wheel only (and oddly) adjusts up and down, not in and out.

Still, at just £15,000 it’s hard to find reasons to really complain. Its range of 165 miles means it’s totally fine for a family day out at the beach.

A trip up to faraway relatives will probably need a pit stop, though, something the Skoda CITIGOe iV doesn’t really prepare for with its hour-long “rapid charge”.

By far the cheapest “car” on this list, the Renault Twizy is also the smallest, and probably the most impractical, of the electric vehicles we’ve discussed.

In fact, its inclusion here feels a little strange partly because all the other vehicles have a decent level of practicality.

But we’d be remiss if we didn’t include this little dynamo – even if it is something of a laughing stock: the Twizy is only capable of seating one passenger, has a maximum range of 61 miles (closer to 50 miles in real-world tests), and hits 50 mph as its top speed.

I can’t imagine Elon Musk looking at the Twizy and thinking “we’ve really gotta work on Tesla if THAT’S what we’re up against.”

But there are some positives, including its claim of costing only £1 to fully charge and… well that’s about it actually, especially as there is no rapid-charge feature (it takes more than three and a half hours to fully charge).

It’s *technically* a quadricycle, so unfortunately the Twizy doesn’t qualify for any of the UK government’s electric vehicle grants either.

Perhaps the main benefit of the Twizy is that you can see one zip (or crawl?) by in a city and get a chuckle out of it.

*The Eco Experts would like to extend our sincere apologies to any owners of the Renault Twizy who may be offended by this article.

If you’d like to find out how much a charging point would cost you, fill in this form and get a free quote today!