Which Countries Have the Smallest Carbon Footprints?

It’s easy to focus on the negatives these days – the amount of emissions being pumped into the atmosphere, the number of animals going instinct, the long road ahead before nations become carbon neutral.

But there are also a few things to be optimistic about, including the countries that are working hard to keep emissions down – proving to the rest of the world that it is actually possible.

So, let’s take a look at which countries have the smallest carbon footprints, what they’re doing right, and what we can learn from them. 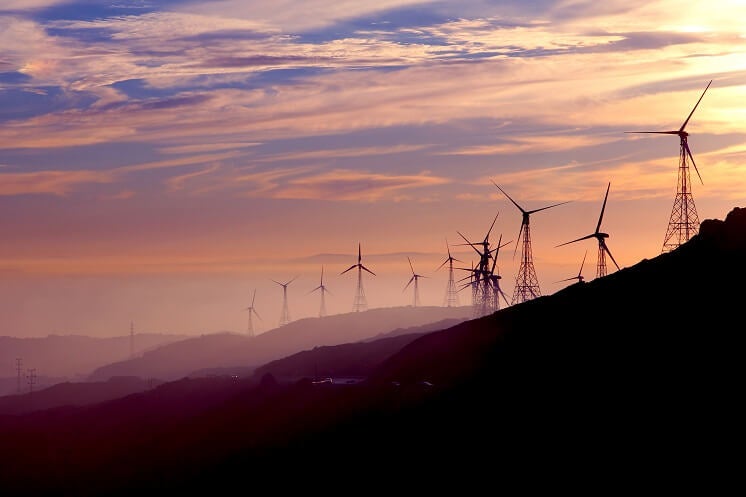 We’ve based our study on figures from Our World in Data, focusing specifically on emissions released in 2019.

The pandemic significantly impacted most countries' CO2 output during 2020, which is why we’ve focused on the previous year – to rule out any anomalies.

To keep things fair, we’ve also focused our study on carbon footprints per capita (the contribution of the average citizen of each country). This way, we won’t simply base our findings on the size of the population.

Which countries have the smallest carbon footprints per capita?

Below, we’ve listed the top 10 countries with the smallest carbon footprints per capita – all of which are in Africa.

Unfortunately, one of the main reasons behind these countries’ small carbon footprints is that they are all poorer nations, so they can’t afford to consume as much as their more affluent counterparts.

To compare, the three highest carbon footprints per capita are 38.61, 31.79, and 29.89 tonnes. Although these countries’ economic statuses have contributed to their small carbon footprints, there are a lot of other reasons behind the success.

Unfortunately, this is one of the main factors keeping emissions down in the country. However, 99% of the Democratic Republic of Congo's electricity generation comes from hydropower, with biomass and oil making up the rest.

According to IRENA, 94% of Somalia’s electricity generation comes from renewables, with the remaining 6% coming from oil. Like many other African countries, biomass is a key clean energy source in Somalia, providing 100% of the country’s renewable energy.

However, to combat this, Somalia has embraced a few ecosystem-centred solutions to improve both its quality of life and its local environment.

One key example is the nation’s water management project – a community-led plan which introduced more tree planting schemes and has provided training for small-scale farmers on sustainable agriculture practices.

Burundi is one of the least electrified countries in the world, with only 7% of the population having access to electricity: 49% of the urban population, and only 1% of people in rural areas.

Although the country can’t generate very much energy, the electricity that it does generate is 88% renewable – mostly sourced from biofuel (which comes from wood and human waste).

On top of this, the country is working on a number of projects to help restore its local environment and reduce the impacts of climate change. The “Greening Burundi” project, for example, is a three-year plan helping Burundi to prevent more climate change-related damage and educate locals on how to ‘love, respect, protect, and improve the environment’.

Chad has shown its strong commitment to sustainability over the years. In fact, it was the first country outside the pan-European region to agree to the Convention on the Protection and Use of Transboundary Watercourses and International Lakes (also known as the Water Convention).

Chad’s government also carried out a reforestation campaign in August 2020, which resulted in nearly 3,000 trees being planted in just a fortnight. The country has also had support from environmental organisation Green Earth, which made a plea for the Preservation of the Environment in Times of War and Conflict (to make sure the environment isn’t harmed because of military action).

The Central African Republic is big on hydropower – with the energy source making up 99.34% of electricity generation in 2019.

Similar to the rest of the countries on this list, access to energy in the Central African Republic is extremely limited. In fact, only 14% of the population has access to electricity – mainly people in the capital, Bangui, while access is almost non-existent in rural areas.

The country has also worked on various reforestation programmes to help the local environment. Despite pushback from some businesses and politicians, the Central African Republic’s first community forest was created in its southwestern lowlands. It’s hoped this project will reverse the area’s destruction, while improving the lives of local marginalised forest dwellers.

Only 11% of Malawi’s 17.6 million people have access to grid electricity – and for those who can connect to grid power, the supply is pretty unreliable.

However, the government of Malawi is working hard to change this, and has recently introduced the goal of 100% Sustainable Energy Access by 2030 – predominantly generated through solar power.

Over the past few years, sustainable tourism has also become prominent in many African countries, especially Malawi.

A lot of tourism companies now offer locally-produced food to visitors, support suppliers and producers in the community, heat residential water with solar panels, and power hotels with renewable energy.

Rwanda’s mission to maintain a clean and healthy environment has been going strong since 2008, when it banned the use of non-biodegradable plastic bags and packaging materials. To date, Rwandans only use bags made from paper, cloth, banana leaves, and papyrus.

The country also smashed its goal of maintaining and growing forest cover to roughly 30% of the country's total land area by 2020 – in 2019, forest cover reached 30.4%.

And, to achieve its vision of a low-carbon and climate-resilient economy by 2050, Rwanda has established the Green Fund. This groundbreaking investment fund is the largest of its kind in Africa and has rallied up around £100 million so far.

Agriculture accounts for a huge majority of Niger’s carbon emissions, releasing 10.21 million tonnes of nitrous oxide each year. To reduce this, the people of Niger have started embracing more sustainable ways of farming and managing the land.

Instead of using excess resources to plant new trees, farmers in Niger have started protecting the trees that already exist, and ones that spontaneously grow on their lands. As a result, five million trees have been added to the landscape in the past 20 years.

In 2009, a report stated that this new style of sustainable agriculture in Niger increased food production by 500,000 tonnes – enough to feed 2.5 million people.

Innovation has been key to Uganda’s success. In terms of renewables, increasing the amount of bioenergy and hydropower has resulted in a 90% renewable electricity grid in Uganda.

And there are a lot of other innovative ideas pushing Uganda to green success. Some of the most inspiring efforts include:

In 2016, Sierra Leone signed the first Energy Africa contract with the UK government. This led to the launch of the Sierra Leone Energy Revolution – a bold initiative to expand energy access to 250,000 homes by the end of 2017, and provide universal electricity access by 2025.

Sierra Leone’s ‘mini-grids’ will be instrumental in meeting this goal. They are dotted around the country and supply up to five megawatts (MW) of renewable electricity to rural communities.

Sierra Leone is yet another African country where locals are using low-cost, innovative methods to keep emissions down.

A key example of this is Alhaji Siraj Bah – a 17-year-old who used the little money he had to create recyclable bags from 70% banana leaves, and then sold them to local businesses. A few years later, Bah's company has produced roughly 250,000 bags, and he has branched out to producing an eco-friendly alternative to charcoal. 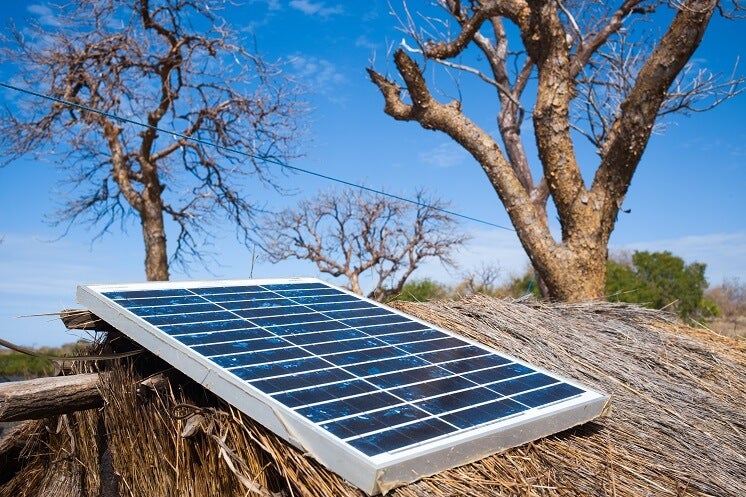 How does this compare to other countries?

Something that’s worth noting is that, although these African countries are generating the least amount of emissions, they’re typically the most likely to suffer the effects of climate change.

On the other hand, many of the highly polluting countries don’t experience regular events related to climate change. And as climate change increases – and consumption increases globally – this unfair divide will only get worse.

Below, we’ve listed the countries with the largest carbon footprints per capita, many of which use and supply fossil fuels to other countries.

Which countries have the smallest carbon footprints?

This mostly comes down to the smaller populations living in these nations – fewer people means fewer emissions.

Unfortunately, one of the main motivators for the countries with the lowest carbon footprints is their vulnerability to climate change.

But in order for these countries to really benefit from their actions, the rest of the world needs to dramatically reduce its carbon footprint, too.

If you’re looking for more ways you can shrink your carbon footprint, check out our Home Hub, where you can find lots of tips and tricks on how to become more eco-friendly at home.