Plastic ocean pollution is 10 times worse than we thought

There is 230 million tonnes of plastic pollution in the Atlantic Ocean – at least 10 times more than previously thought.

The top 200 metres of the Atlantic Ocean hold between 11.6 and 21.1 million tonnes of the three most commonly littered plastics, according to the new study by National Oceanography Centre scientists in Nature Communications.

Past estimates have stated that between 17 and 47 million tonnes was released into the Atlantic from 1950 to 2015, according to The Guardian.

But the new report’s authors have noted that “previous assessments of plastic pollution in the ocean were insufficient with respect to particle size collected and water layer surveyed.” 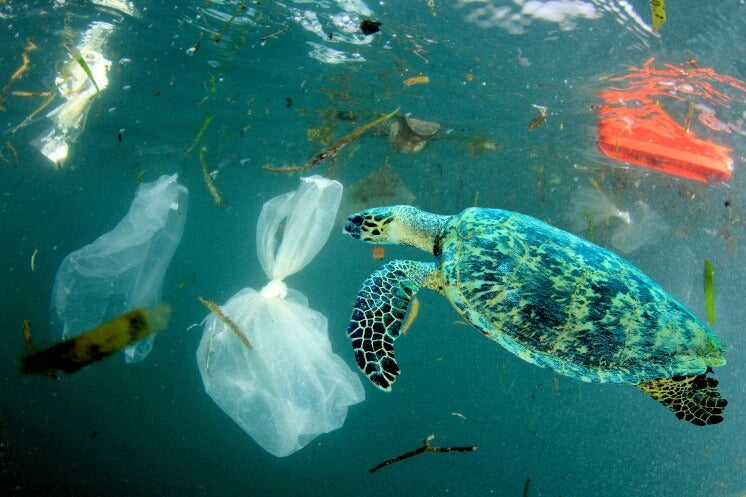 Plastic pollution kills animals, may be harmful to humans, and turns untouched stretches of ocean into trash islands like the Great Pacific Garbage Patch, which covers 1.6 million km², according to a Nature study.

That’s six and a half times the size of the UK. If it were a country, it would be the 18th biggest in the world.

Millions of birds, fish, and other marine animals die every year from plastic consumption, according to National Geographic.

That includes around 100,000 annual deaths of marine mammals like dolphins, whales, and sea lions, according to the World Wide Fund for Nature (WWF).

Plastic also affects sea creatures in the UK, where 68 fish species are under threat.

Yes, plastic could harm you too

Microplastics have been discovered in more than 100 marine species – including fish, mussels, and shrimp harvested for human consumption.

Could unknowingly eating seafood that contains microplastics harm you? Quite possibly.

“The ubiquitous presence of microplastics in the marine environment raises concerns over damage they could cause to oceanic ecosystems and eventually to human health.”

A 2018 study by Johns Hopkins and Toronto University researchers connected low-dose exposure to microplastics to cardiovascular disease and type 2 diabetes.

Not enough research has been performed to draw firm conclusions yet, but unknown risks are no less dangerous, as the study’s authors highlighted.

They admitted: “We do not fully understand how microplastics interact with human biological tissue.”

But they added that “while significant gaps remain, complementary bodies of evidence indicate likely exposures and potential hazards from both particles and associated chemicals.”