Top 9 Impacts of Climate Change in the UK

While most people are aware of the impact that climate change is having on the planet, perhaps not enough of us realise just how much it’s affecting the UK.

More than a quarter (27%) of Brits think the risks posed by a changing climate are ‘probably being over-hyped’, despite experts suggesting the contrary. However, there are also many people suffering from a fairly new phenomenon called ‘eco-anxiety‘ – as well as PTSD for those who have experienced the side effects of climate change.

And though we may not experience vicious hurricanes or dangerous typhoons, examples of climate change are happening around us on this tiny island right now.

To give you an idea of how life will be for Brits over the coming years, we’ve listed the top 9 ways climate change is impacting the UK. 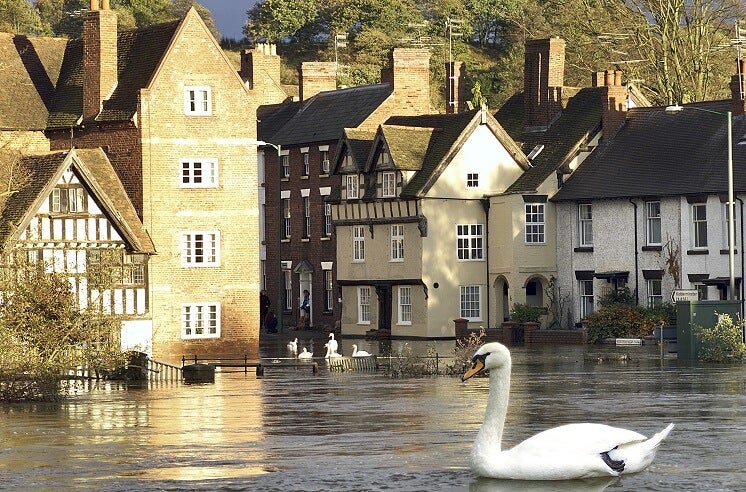 1. The hot months are getting hotter

Perhaps the most obvious symptom of climate change is the climbing temperature – an incline that shows no sign of slowing down.

2020 was, by a narrow margin, the hottest year ever on record – just edging out 2016 for the dubious honour. The UK Met Office has also predicted that 2021 will join these years among the hottest ever recorded.

Hotter weather has huge ramifications for UK land and its surrounding ocean – causing wildfires, destroying ecosystems, impacting agricultural land, and leading to tough droughts. And the greater the heat, the more destruction we can expect.

According to the European Commission, there were 79 wildfires larger than 25 hectares in Britain during 2018 – rising to 137 fires in 2019. Comparing these results to the years 2011 to 2017, when there were fewer than 100 fires altogether, paints quite a bleak picture.

As the climate warms, snowy winters could become a thing of the past. In fact, BBC Panorama suggests that by the 2040s, most of southern England could no longer see sub-zero days – and by the 2060s, only high ground and northern Scotland are still likely to experience these icy temperatures.
The Met Office has, however, reassured people that if the world reduces carbon emissions significantly, these changes will be less dramatic.
On the flip side to this prediction, global warming could actually lead to global cooling, as counterintuitive as it may sound. The polar vortex is a circulation of winds located high up in the stratosphere, roughly 30 miles above the Earth. It is present in winter, and can sometimes break down entirely in an event called a ‘Sudden Stratospheric Warming’.

Although this is a natural phenomenon, some experts claim that climate change could make it more frequent over time.

“It may mean we have to cope with a wider range of conditions in winter. In the United Kingdom, for example, winters are predicted to become milder and wetter. We have seen this in recent years, with severe flooding and storms causing a lot of damage. However, we still need to be prepared for sudden cold spells of weather, like those associated with SSWs.” – Richard Hall, research associate at the School of Geographical Sciences, University of Bristol

3. Floods are becoming much more frequent

A warming world will only lead to more extreme flooding – as the ice caps melt, more water will be evaporated, therefore leading to more rainfall.

Scientists are now warning that the UK is at particular risk of flash floods. It has been estimated that, on average, the UK will receive about 10% more rainfall per year by 2100, compared to the period spanning 1986-2005.

According to one study, a global warming of 3.5°C-4.8°C by 2080 – which is what The Intergovernmental Panel on Climate Change (IPCC) expects if carbon emissions stay high – would expose an additional 250,000 to 400,000 people in Europe to river flooding. The UK is also predicted to be one of the worst affected locations.

England has experienced a major flood almost every year since 2007, leaving about 100,000 properties damaged. Towns have had to be evacuated, people have been rescued from their homes by boat, and properties have been destroyed.

Living on the coast is becoming increasingly risky – for both people and wildlife.

A study by the University of Plymouth highlights that 17% of UK coastlines are being affected by rising sea levels, as well as the increased frequency and intensity of extreme storms. Within the UK, England and Wales are the worst affected regions, with 28% of the coast experiencing erosion greater than 10cm per year.

What’s more, The Met Office suggests that sea levels could rise by as much as 80cm from 2020 by 2100  – posing an even greater risk for any people or animals that have set up camp on the coast.

The worst affected areas in the UK include:

5. Severe weather warnings will be a regular occurrence

Over the next few years, Brits need to brace themselves for more heatwaves, floods, and droughts – which will also be much more intense than we’re used to.

By 2100, heatwaves in the UK are predicted to last up to 50 days, with temperatures exceeding 40°C on a regular basis. Flash flooding will also increase with time – some experts estimate they could even be five times more frequent by the end of this century.

While some climate change deniers suggest this is simply nature taking its course, various experts speculate that if we don’t turn this around, the UK could walk into hurricane territory. Meteorologist and climate expert Dr Eddy Graham suggests the frequency and impact of hurricanes on UK shores is likely to increase in the years to come, as a direct result of climate change.

A post shared by Weather from the Met Office (@metoffice)

When it comes to climate change, agriculture is one of the industries set to be hardest hit – accounting for 72% of land use in the UK and employing over 1 million people.

An increase in waterlogged land in the winter and singed fields in the summer makes it more challenging for some farmers to maintain high levels of production. In a few years' time, these weather conditions could have an impact on the type of crops grown in the UK, where they have to be planted, and their availability.

Each year, farmers are voicing concerns over lack of rainfall, and the impact it’s having on crops. In May 2020, it was reported that the UK received up to 50% less rainfall than in previous years, which is having a detrimental effect on UK agriculture. And it’s not just hot weather making farming more challenging – the so-called ‘Beast from the East’ played a huge part in reducing livestock numbers in 2018, as the cold spell hit during lambing season.

7. …along with all types of wildlife

When we talk about extinction, many peoples’ minds jump to African Rhinos, Asian Elephants, or American Grizzlies – but UK wildlife is also struggling. In fact, populations of the UK’s most important wildlife have plummeted by an average of 60% since 1970.

Whether it’s grasslands being burnt to a crisp, beautiful wetlands drying up, or oceanic ecosystems becoming too acidic, habitats around the UK are crumbling before our very eyes. But why?

The main reason comes down to climate change disrupting the seasons – the warmer winters and gruelling summers, the seasons starting at different times, the increasingly destructive storms. Many pollinators are also losing their habitats due to intensive farming and land-use change – we’ve already lost 97% of our wildflower meadows in the UK, which bees rely on heavily.

Some species will not be able to adapt to these changes in their environment. A few of the key animals disappearing from the UK include:

8. All of this will have a knock-on effect on our health

As the threat of climate change increases, it will mean many more people will suffer from health issues. Although the health impacts of climate change will vary from person to person, we can expect to see some of the following patterns in the coming years.

9. Our lifestyles will need to adapt

Whilst trying to reverse the damage we’ve already done to the planet, we’re going to have to adapt to these new climate patterns.

Water and food shortages are predicted to be on the horizon, with the cost of living – including things such as food, fuel, and insurance – also estimated to continue increasing. Plus, homes and businesses will continue to be at risk of damage from floods and gales.

In order to overcome these challenges, we need to find ways to adapt to them: flood-proof your home, create a water storage system in your garden, start growing food in a greenhouse.