This is how much excess CO2e the Suez Canal blockage caused

As the diagonally wedged Ever Given ship prevented around $10 billion (£7.2 billion) of trade per day, 12 ships were rerouted around Africa, by the Cape of Good Hope.

This decision added around 6,000 miles onto each ship’s journey, resulting in a spike in emissions. 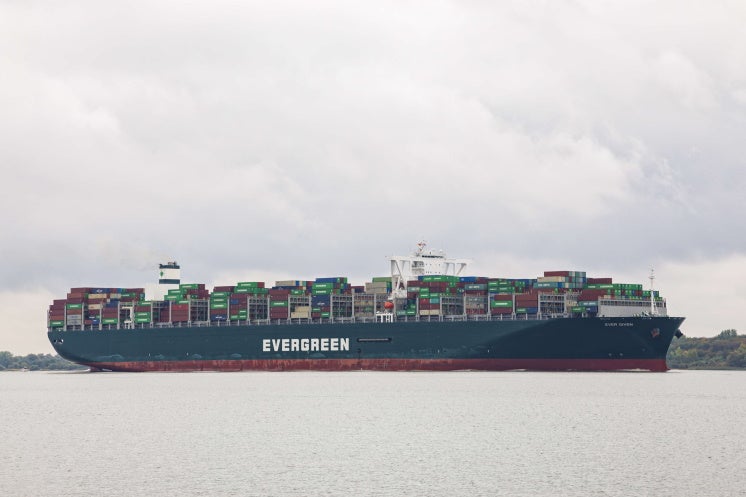 At least a dozen ships were forced to chart a new course around Africa, including oil and gas tankers, ships with produce like corn and grain, and a container ship.

Each one emitted, on average, 571 tonnes more than it would have by continuing through the Suez Canal.

The dirty dozen caused more CO2e emissions than 72,000 people in the UK did during the blockage.

Inhabitants near the Suez Canal endure 8.16 million tonnes of CO2e emissions each year, according to Port Said University researchers – but the canal is responsible for far more.

Its customers make up 12% of global trade and 30% of shipping container volume, according to Reuters.

This means the Suez Canal is actually responsible for around 250 million tonnes of CO2e per year – more than Argentina, the United Arab Emirates, or Pakistan.

Though the Suez Canal allows ships to avoid travelling around the continent, it also increases trade and therefore global emissions. More must be done to tackle this quarter-of-a-billion-tonnes issue.

How much does shipping contribute to climate change?

International shipping emits 833 million tonnes of CO2e* per year, according to the latest figures from the International Council on Clean Transportation.

Including domestic shipping and fishing, the total figure is 954 million tonnes.

We’ve calculated that each of the globe’s 56,000 merchant ships travels an average of 179,141 miles per year, using World Shipping Council data.

That means on average, each ship emits 1,829 tonnes of CO2e per journey.

This is the environmental sacrifice the world makes to ship 11.1 billion tonnes of cargo across the globe each year, according to the United Nations.

Though clearly significant, shipping still contributes far less to climate change than aviation, which releases around 1.4 billion tonnes of CO2e per year, according to Our World in Data.