Wildfires: How Likely Are They To Happen in the Future – and Where?

For centuries, wildfires have been part of a natural cycle in habitats around the world – without them, some species wouldn’t be able to survive. Over recent years, however, wildfires have become more frequent and severe, costing lives and livelihoods and damaging the environment.

Each year, record-breaking fires wreak havoc around the world. As recently as July 2021, the month which recorded the most global wildfires since satellite records began in 2003, we’ve seen:

Scientists have posited that the increased intensity of these fires mainly boils down to climate change – the hotter the climate gets, the more extreme weather we can expect.

So, what should we prepare ourselves for in the future? Let’s find out. 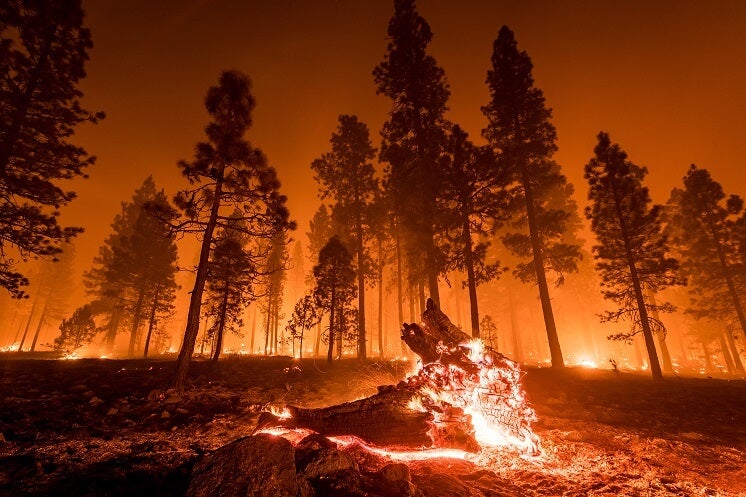 Surprisingly, WWF suggests that the area of land burned globally has been steadily declining since records began in 1900. But don’t celebrate too soon – whilst the area itself is on the decline, the severity of the fires is increasing sharply.

Fire seasons are also becoming more common and lasting longer. In fact, WWF suggests that, on average, the global fire season length has increased by 19% between 1979 and 2013. What’s more, climate change will continue to make fire seasons more unpredictable in the coming years, with the number of abnormally long fire seasons on the rise.

So far, between 1970 and 2016, the average length of the wildfire season in western America has lengthened by 105 days, and the average amount of acres burned has increased from less than half a million to over 2 million. As time goes by, experts suggest this trend will only get worse.

However, we still need more research to help us understand how wildfires will evolve over time. A recent study, published in July 2021, suggests that we can expect a decade-long burst of wildfire activity, which will then start to decline in the following years.

Maureen Kennedy, the lead author of the study and an assistant professor at the University of Washington Tacoma, explains that the team’s simulations “show that if you allow fire to continue in an area, then the fire could become self-limiting, where each subsequent fire is smaller than the previous one.”

On the flip side, NASA’s Goddard Institute for Space Studies (GISS) found that if greenhouse gas emissions continue to increase at their present rate, the risk of a megadrought in southwest America could hit 80% by the end of the century.

And since dry vegetation acts as a sort of ‘fuel’ for fire, wildfires will only become more frequent.

Will wildfires impact the UK?

At the moment, it might seem like wildfires only happen in extremely hot places, like Australia or southern parts of America, but Brits will also have to deal with increasingly severe fires soon.

In fact, the UK is already getting a glimpse into its future, as uncontrolled vegetation fires become more common. According to the European Commission, in the UK there were 79 fires larger than 25 hectares during 2018 – rising to 137 large fires in 2019. To compare, from the years 2011 to 2017, there were fewer than 100 large fires altogether.

As for future years? A recent study, led by the University of Reading, suggests that as temperatures rise and summer rainfall decreases, conditions likely to cause wildfires could be nearly five times more common in some regions of the UK by the latter part of the century.

According to the report, parts of eastern and southern England are even estimated to have, on average, nearly four ‘extremely high danger’ days per year by 2080, compared to once every 50-100 years currently.

Another report suggests that currently, southeast England has around 20 days per year with “very high” fire danger. But if global emissions remain high, this will rise to more than 50 days by the 2050s, and around 90 days by the 2080s.

“This increased fire danger will threaten wildlife and the environment, as well as lives and property, yet it is currently underestimated as a threat in many parts of the UK.” – Professor Nigel Arnell, a climate scientist at the University of Reading. 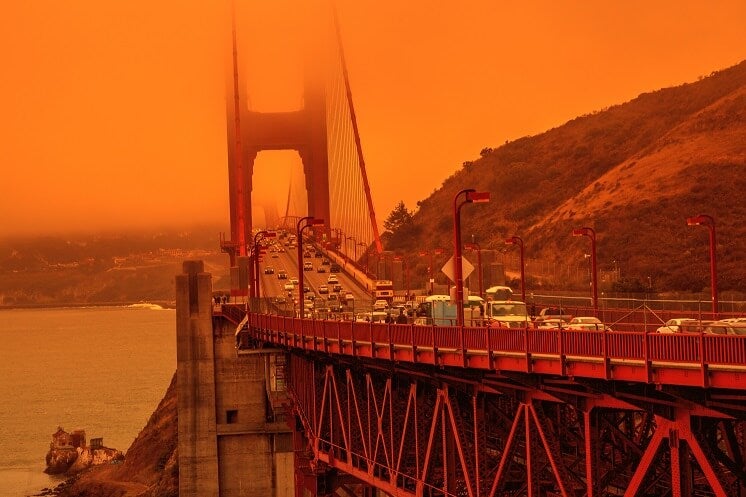 How will wildfires impact the planet?

The planet will not fare well with these ferocious wildfires. If emissions carry on increasing, scenes from Australia's so-called Black Summer in 2019 – which killed 34 people and an estimated three billion animals – will become more familiar to people all over the world.

Not only will wildfires impact humans and wildlife alike, but they will also increase global emissions. In July 2021, extreme heat ignited forests and grasslands in various places around the world, releasing 343 megatonnes of carbon. This is about a fifth higher than the previous global peak for July, which was set in 2014.

Longer fire seasons also mean there is less time outside these hot periods for nature (and the wildlife that lives in these areas) to recover.

On top of this, wildfires will directly cause other types of extreme weather, often triggered by pyrocumulonimbus clouds. These thunderheads are caused by the smoke that wildfires release. They produce their own weather, including thunder and lightning and even tornadoes in rare cases – which can then spark new fires. Another cycle that seems impossible to escape.

When we think of wildfires, we don’t typically think about the impact they have on the colder regions of the world. However, these fires are already increasing the rate at which snow melts, long after they’ve burnt out.

So how does it work?

Basically, soot and debris from a fire lift up into the atmosphere and then settle back down, either on existing snowmelts or places where snow will fall later on in the year. These particles then make snow much darker and less reflective – a trait that lasts up to 15 years after a fire.

Kelly Gleason, a snow hydrologist and assistant professor at Portland State University, explains: “It’s like wearing a black t-shirt on a sunny day. It primes the snowpack to absorb more sunlight energy.”

Between 2000 and 2016, Gleason carried out a survey of roughly 850 fires, which proved that snow that had settled in previously burned forests melted five days earlier than snow in unburned forests. In some areas, the snow melted weeks or even months earlier than normal.

Who will be most affected by wildfires?

Unfortunately, most people will experience wildfires in the future – but those in poorer areas are likely to suffer more.

Some researchers estimate that up to 70% of the world’s fires occur on the African continent, a figure which will only increase as the world heats up. Thailynn Munroe, a fire research analyst at the Global Forest Watch, recently claimed in an interview with Carbon Brief:

“Most of the fires that are started in Africa are for land-clearing and agriculture. A lot of it is either clearing for pastureland in sub-Saharan Africa or for agriculture in central Africa. I think that’s why we don’t see a lot of fires in Africa in the news, because it’s more just part of the way of life there.”

The same goes for people in India, where fields used for agriculture are burned to make way for new crops each year.

As fires become more severe in the future, poorer communities are unlikely to have the funds to control them, and will struggle to recover as quickly.

But it won’t just be poorer communities that suffer. A study covered by Carbon Brief found that if little action is taken to tackle climate change, there could be a 35% increase in the days with a high danger of fire across the world by 2050.

According to the study, the regions likely to see the highest increase in days with extreme fire weather include the western US, southeastern Australia, the Mediterranean, and southern Africa.

Indigenous People will also suffer massively from wildfires – even more than they currently do – since the fires usually destroy food and water sources and disrupt livelihoods and cultural practices. By 2019, the fires in the Brazilian Amazon had already affected 148 indigenous territories.

The increased destruction of habitats will also put a lot of species at risk. We need only to look at the Australia fires in 2019-20 to see how quickly they can wipe out precious species. Over the space of a few months, up to 3 billion animals, including already vulnerable species, were killed by the fires.

Researchers have also found that smoke from fires could lead to weaker immune systems in some animals, such as orangutans. 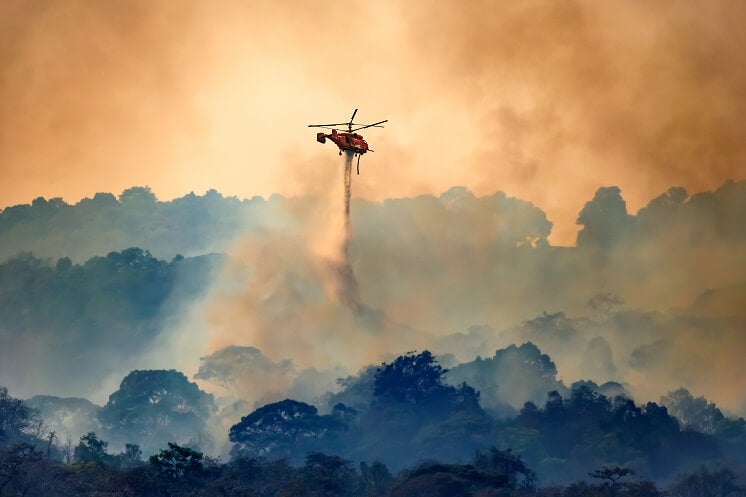 What can we do?

There’s a lot we need to do, but mainly, we need to keep the global temperature down.

A study published in 2020 found that, in California, “climate change will further amplify the number of days with extreme fire weather by the end of this century”. But countries teaming together to limit global warming to below 2°C “would substantially curb that increase”.

It’s also been suggested that if global temperatures exceed 2°C, we are four times more likely to see days similar to the 2019-20 Australian bushfires.

But there are other factors we need to take into account, including the number of fires that are actually started by people.

It’s estimated that humans are responsible for around 75% of all wildfires, with many of the fires of 2020 directly linked to human influences like agriculture, arson, or accidents. Of course, this varies from region to region – for example, 84% of fires in the US are started by humans, compared to 45% in Canada.

Governments, therefore, need to reinforce stricter punishments for people irresponsibly burning land. Equally, it would be extremely beneficial to educate people on the matter – especially as a means of teaching farmers about safer agriculture practices.

These are all long-term goals – they can’t happen overnight. In the meantime, we need stronger prevention techniques, including more efficient forestry management and monitoring during hotter months.

Unfortunately, the opposite has been happening in the past few years. In fact, over the last decade in the US, the fire management budget has been cut from $6 billion to $4.75 billion.

Our world is changing. Each year, the temperature is creeping up and wildfires are becoming more unpredictable and more severe – and it’s having a huge impact on the environment.

Looking forward, wildfires are something that all of us need to prepare to face, no matter where in the world you live. But there are things we can do to turn this around – although much of it is in the hands of governments.

Emissions need to come down, harsher punishments need to be implemented for people creating fires, and more funding needs to go into prevention methods. Only once we take these steps will we start to see some improvements.