What is the Environmental Impact of Billionaires Flying to Space?

Space travel has helped us to learn so much about our planet, solar system, and the galaxy – but now we have reached a new era of space exploration: space tourism.

Whilst many people around the globe work hard to cut back on flights in a bid to reduce emissions and fend off climate change, the likes of Richard Branson, Elon Musk and Jeffery Bezos launch commercial tourism rockets.

As the two billionaires battle their way to the top of this new industry, we can’t help but wonder how space travel will impact our planet, what the future of space tourism looks like, and who will benefit from this the most. 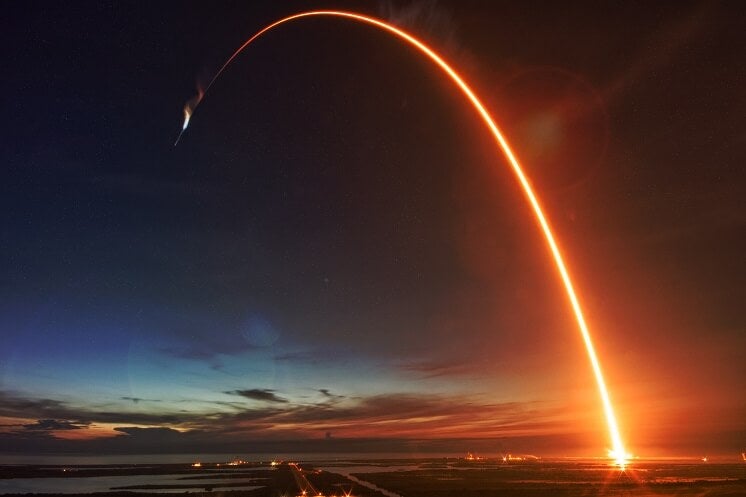 Why is space travel bad for the environment?

Before we jump into the space projects themselves, let’s get one thing straight: why is space travel so bad for the planet?

Plus, the sheer amount of black carbon released with each rocket launch is huge compared to the likes of a modern jet engine. In 2018, for example, black-carbon-producing rockets (pretty much all engines that don’t run on hydrogen fuel) emitted roughly 225 tonnes of black carbon particles into the stratosphere – roughly the same amount as the global aviation industry’s annual black carbon emissions.

On top of all this, when it comes to emissions in the troposphere and stratosphere, the altitude really makes a difference. There are certain spots between the two atmospheric layers where condensation can form, which means greenhouse gases can have a much larger impact.

Thankfully, rocket launches are pretty rare, meaning their overall impact on our climate is much smaller than aviation’s – until now, that is. The global launch rate has already more than doubled in the past decade – and space tourism will only increase this.

Is there a cleaner way to power rockets?

As a greener alternative, some rockets are propelled by liquid hydrogen fuel, which produces ‘clean’ water vapour exhaust. Although this is thought of as a better alternative, the production of hydrogen itself can cause significant carbon emissions.

On the Virgin Galactic website, the company claims to have a keen focus on “environmental sustainability” – and yet, there is no sustainability report or outline of its environmental impact. So, we’ve decided to work it out for them.

In an attempt to dismiss the waves of climate criticism, Virgin Galactic told the BBC that its high-altitude aeroplane has the equivalent carbon footprint as a business-class return flight from London to New York. Or, in other words, roughly 1,237kg of CO2. The company also claimed to be offsetting the emissions but didn’t explain how it plans on doing this.

The carbon equivalent of a flight from London to New York – that’s not so bad, right? Well, Virgin were quick to overlook the differences in journey lengths, which means the emissions are actually far higher, per passenger, on the Virgin Galactic trip.

Similar to Virgin Galactic, there is currently no data on Blue Origin’s emissions. Fortunately for Bezos, the public has been less inclined to interrogate him on emissions, since the company’s approach is more environmentally friendly than Virgin Galactic’s.

Bezos’s reusable New Shepard rocket uses a liquid hydrogen-fuelled engine to travel 62 miles above Earth. Unlike most other rocket fuels, hydrogen does not emit carbon – when you burn it, you literally just get water vapour.

While this is certainly a step in the right direction, it’s not completely good for the planet, since hydrogen production often causes carbon emissions.

Hydrogen doesn’t come in a raw form, so we have to produce it. This can be done in two main ways: obtaining it from natural gas or from electrolysis.

Unfortunately, there’s currently no information on how much fuel the New Shepard consumes per kilometre, so it’s difficult to work out its exact carbon footprint. But, as Blue Origin was keen to point out on Twitter, it seems to be a greener way of travelling through space compared to Virgin Galactic.

From the beginning, New Shepard was designed to fly above the Kármán line so none of our astronauts have an asterisk next to their name. For 96% of the world’s population, space begins 100 km up at the internationally recognized Kármán line. pic.twitter.com/QRoufBIrUJ

The future of space tourism

Currently, this opportunity is only available to the world’s richest, whilst the world’s poorest watch from the sidelines and suffer the brunt of climate change.

Whilst space tourism might not be accessible to everyone any time soon, it is predicted to boom over the next decade. In fact, the ever-growing market is expected to be worth at least £3 billion by 2030.

Over this period of time, cleaner rocket fuels will be developed – with the introduction of hydrogen and methane already taking the industry by storm. There is, however, the concern that the more people jump onto this new craze, the more unnecessary emissions will be pumped into our atmosphere.

In a time where we’re fighting to save the planet, space tourism shouldn’t be on our to-do list.

As it stands, one flight with Virgin Galactic or Blue Orbit only releases a few kilogrammes of CO2 – though, we are in the early days of space tourism, and as interest begins to snowball, so will emissions.