There’s no denying that this is fantastic, but we can be – and should be – doing better. Other countries across the globe are powering homes, businesses, and public transport off pretty much 100% renewable energy – so what can we learn from them? 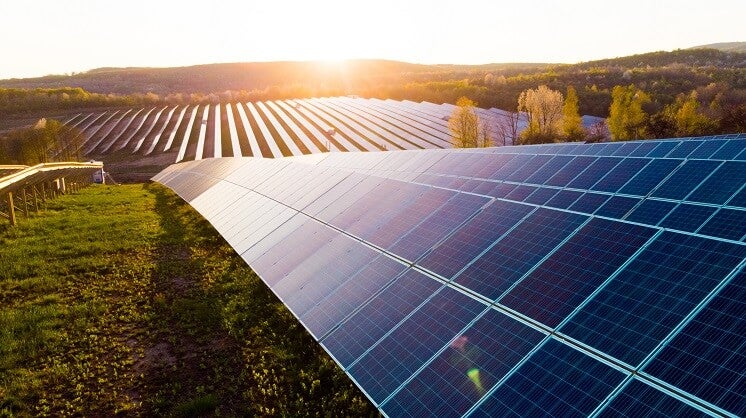 The reality we’re faced with is that the world’s leading renewable energy suppliers are also some of the most harmful countries for the environment. Confusing, right?

According to Statista, the top five countries with the highest renewable energy consumption are China, the USA, Germany, Brazil, and India. However, most of these countries are also pushing heavily for fossil fuels, and have no plan on changing that any time soon. In fact, China, America, Brazil, and India’s post-Covid economic recovery plans were all rated as some of the most environmentally harmful in the world.

There are other countries that are doing much better – countries that may not generate as much renewable energy overall, but are still sustaining their country in a much more eco-friendly way. We’ve decided to shine a light on these countries, and discuss what exactly they’re doing right.

Our data is based on government reports for each country, as well as research from the International Energy Agency (IEA).

Which countries are using the most renewable energy?

Iceland is leading the way for green energy. Renewables have provided almost 100% of electricity production for this volcanic island since 2015, with about 73% coming from hydropower and 27% from geothermal power. Heating in homes and state buildings is also sourced from 99% geothermal sources!

So, how exactly do the Icelanders do this? Well, it certainly helps that Iceland has 32 volcanoes scattered across the island, which is how they keep their homes toasty in the cold weather. Using highly advanced geothermal technology, scientists have developed ways to channel the heat generated from the ground into homes and state buildings.

To power the majority of their electricity, Iceland harnesses the hydropower that is stored in ice caps and groundwater. The energy is created by evaporation, groundwater flow, and glacier flow.

It seems as though more countries could seek inspiration from Iceland’s approach to green energy.

The Carbfix project, where reinjection of CO2 and H2S minimizes the climate effects of emissions, was recently covered in the series ‘Our planet' by David Attenborough! Everyone who is interested in a more sustainable future should check it out! ○ ○ ○ ○ ○ #greenenergy #geothermal #geothermalenergy #energy #sustainable #greennewdeal #powerstation #nature #iceland #southerniceland #hengillarea #innovation #davidattenborough #ourplanet #power

Over to Norway now, where a massive 98% of the electricity production comes from renewable energy – with hydropower being the key source.

Plus, to keep its citizens warm during colder months, Norway opts for the more eco-friendly source of bioenergy, rather than coal or oil. In fact, in 2017, roughly 50% of heating was produced from waste and about 20% from bioenergy. Oil and gas, on the other hand, only accounted for about 5%.

What lies ahead for Norway? First on the to-do list is to reach 100% renewable energy for public transport by the end of 2020, with a fleet including electric, biogas, biofuel, and hydrogen-powered vehicles.

Car sales are also set to become even more eco-friendly. As early as January 2017, battery-powered cars and plug-in hybrids together accounted for more than 50% of all new car sales in Oslo. Norway is definitely on the road to a 100% green future.

The past five years have been incredible for renewables in Costa Rica, with its green power generation hovering around 98% since 2015. Take a look at the country’s renewable energy mix below:

Renewable energy has not only benefited the environment here, but the people too. According to the Instituto Costarricense de Electricidad (ICE), renewable energy benefits 1.6 million households, 295 businesses, and 9,000 industries in Costa Rica. Overall, national access to electricity has surged from 14% in 1949 to almost 100% today.

However, despite having nearly 100% renewable energy for its electricity production, around 70% of Costa Rica's overall energy output still comes from oil and gas. These fossil fuels are used widely for transport and heating processes, as well as for activities like cooking.

To turn this around, Costa Rica has launched an economy-wide plan to decarbonise the country by 2050. Among other things, the new plan aims to modernise public transport – an industry that contributes to about 40% of Costa Rica’s climate change emissions – so this will be a huge step in the right direction.

Uruguay produces more than 97% of its electricity from renewable energy sources. Home to only about 3.5 million people, this small country has made it to the top five in wind and solar energy producers worldwide.

Since the signing of the Kyoto Protocol in 1997 – which was hailed as the first major international climate change treaty – Uruguay’s renewable energy supply has grown by an incredible 93%.

The key to this success? Wind. Between 2008 and 2017, Uruguay went from having virtually no wind power to nearly 4,000 megawatts of installed capacity. As a result, carbon emissions have fallen by roughly 20% from their 2012 peak.

The future of renewables in Uruguay also looks like a bright one. The country is implementing a pilot project to explore the use of clean hydrogen in long-distance and heavy-duty transportation. In theory, this will continue to decarbonise the transport sector – one of the most polluting industries in the world.

The government plans on continuing this diversification of renewable energy, focusing on energy efficiency, self-sufficiency, and promoting research in new technologies.

Two years ago, Kenya’s government pledged that its electricity generation mix would be made up of 100% renewable energy by 2020. At the time, the country’s energy consisted of roughly 77% green energy – which has since jumped to a massive 93%! The majority of its total 2.7 GW installed capacity comes from hydropower (677 MW) and geothermal energy (690 MW).

Kenya is broadening its horizons with even more diversification of its grid. One of the more recent projects in the country involved setting up Africa’s largest wind farm (310 MW), which connected to the grid in October 2019 and is set to provide another 20% of the country’s installed electricity capacity.

REREC commissioned Ashabito Solar Mini-grid located in Mandera County. Through the installation of the 60 Kw Solar Power the Plant is expected to serve 200 homesteads and public facilities including schools, the market centre, Health centre,Mosques,schools and the ward administrator offices. The harnessing of the sun's energy will boost the growth of the village and the economy as well. #kenyambele #rerec

Our Scottish neighbours pride themselves on electricity that’s sourced from 90.1% renewable energy.

The Scottish Government is aiming to reach 100% renewably sourced electricity by the end of 2020 – and it certainly seems possible. The Scots have been pushing for more renewable energy year-on-year: in 2016, 54% of Scotland’s electricity came from renewables; in 2017, this rose to 68.1%; and in 2018, it reached a whopping 74.6%.

Overall, Scotland is aiming for 50% of its total energy consumption (including transportation) to be powered by renewables by as soon as 2030. There are plenty of projects in the pipeline to continue this green growth in Scotland, too – so far, the Wave Energy Scotland (WES) technology programme, which is entirely government funded, has invested more than £30 million in over 80 projects.

Scotland will also be investing a huge amount of money into the decarbonisation of roads by promoting the use of ultra-low emission vehicles (ULEVs), whilst also phasing out new petrol/diesel cars and vans eight years ahead of the UK Government's 2040 target. We’ve got a lot to learn from our northern neighbours.

This tiny, Central American country has kick-started the new decade with a bang. In the first few days of 2020, renewable energy accounted for around 81% of total electricity generated. Check out Nicaragua’s energy mix below:

One of the main reasons Nicaragua introduced renewables to its energy mix was to increase general access to electricity. As a result, the country finished 2019 with a coverage of 97.16%, benefitting more than 3.4 million Nicaraguans.

Renewable energy in Sweden currently accounts for 54% of its overall energy mix. After reading this list, that might seem a little underwhelming – but hear us out.

Sweden has become the first country in Europe to meet the renewable energy targets set by the EU, eight years ahead of schedule.

Sweden’s low carbon emission rate is mostly down to the fact that about 80% of electricity production comes from nuclear and hydroelectric power. Nuclear power remains a topic that divides opinion, since it’s classed as a fossil fuel, but is more ‘low-carbon’ than coal and oil.

The main challenges that lie ahead for Sweden now include having 100% renewable electricity generation by 2040, and reducing transport emissions by 70% between 2010 and 2030. And, with its highly decarbonised power system already in place, the country is well on its way to meeting these goals.

We have century-long roots in hydro power and continue to provide fossil free electricity by holding a leading position in Sweden's hydro power development. We own and operate around 100 hydro power plants, most of which are located in Sweden with some in Finland and Germany. #hydro #hydropower #powerplant

As it stands, Germany’s energy mix currently consists of 54% renewables. In comparison to the rest of this list, that might not seem so impressive – but we think it’s important to bear in mind that this is Europe's biggest economy we're talking about.

The key thing that puts Germany on this list is its commitment to a green recovery post-Covid. The German government has unveiled plans for a massive €130bn stimulus package that features at least €40bn of climate-related spending.

Chancellor Angela Merkel's plan has been praised as one of the best recovery stimuli in the world. Its sweeping ambitions to boost electric vehicle sales, improve building-energy efficiency, enhance public transport networks, develop hydrogen infrastructure, and shift the cost of renewables subsidies onto general taxation is sure to improve Germany’s carbon footprint massively.

Which countries produce the most wind energy?

The top three countries that generate the most wind energy are China, America, and the UK. As we stated in our methodology, some of the world’s biggest renewable energy generators are also some of the more harmful – and that’s certainly the case with wind generation.

Check out the chart below to compare the top ten countries producing the most wind energy:

Similar to wind generation, the top countries producing the most solar energy are China and America, who are followed this time by Japan.

Which countries have the highest fossil fuel consumption?

Together, these countries make up 54% of the world’s fossil fuel consumption, according to the Global Material Flow Database. You can compare them to the rest of the world on the map below.

The world’s leading green energy countries have found ways to utilise their natural surroundings to benefit both their citizens and the environment. We can all learn a lot from these nations.

Whether the country is surrounded by volcanoes to create geothermal energy, lots of sunshine to generate solar energy, or breeze to produce wind energy – there are ways we can all use nature to power our cities and towns.

The amount of fossil fuels on this planet are finite, and we’re running out of time to make the switch to renewables – but these countries prove that it’s possible. Let’s follow in their footsteps.