How Green Is ‘Carbon Neutral’ Fuel? 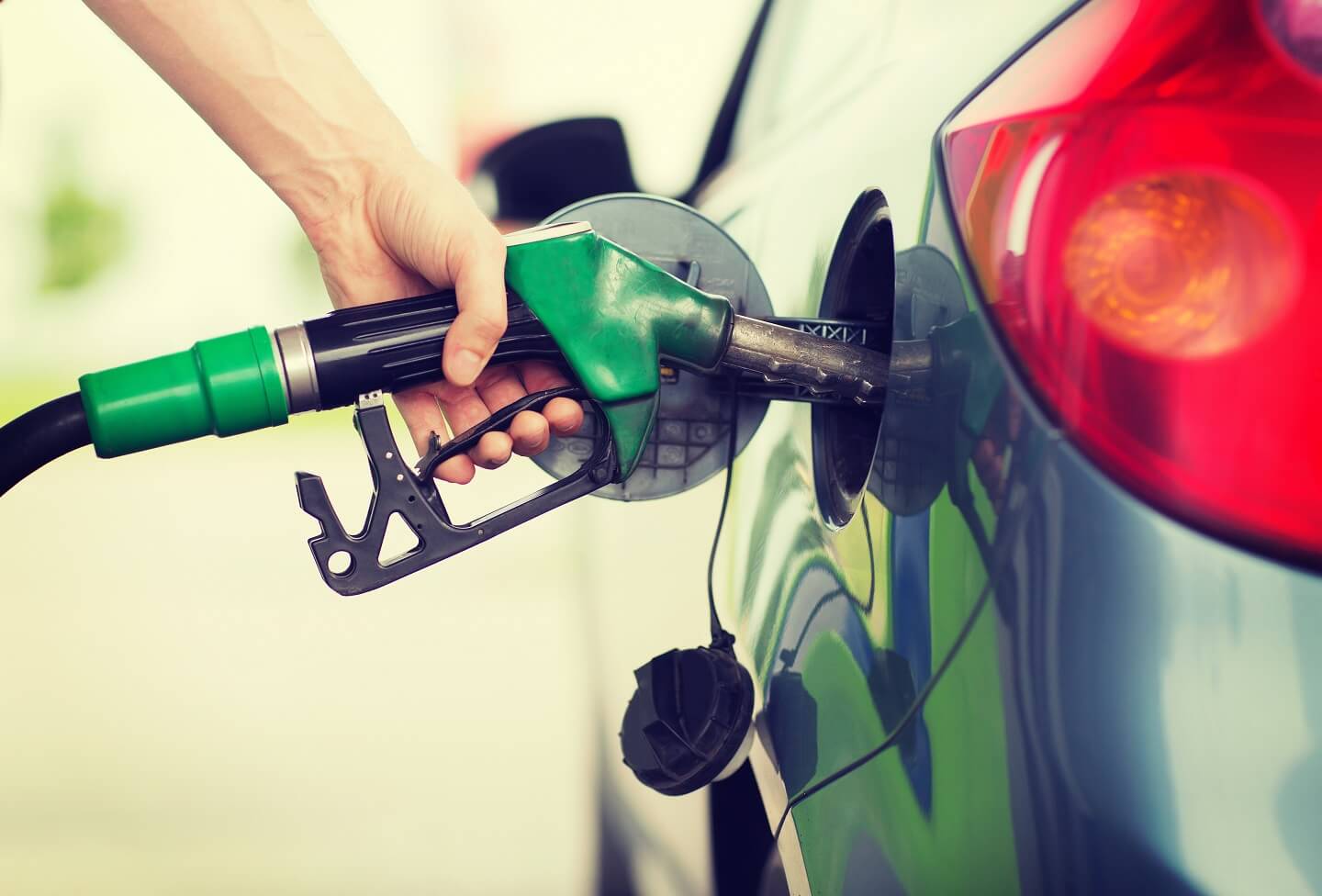 And despite global fossil fuel consumption declining over time, it still accounts for roughly 84% of the world’s energy mix (Forbes, 2019). Experts have said that to reduce the impacts of climate change (whilst we can), we need to start by reducing this figure massively.

As a result, more countries have started finding innovative ways to power homes, transport, and industries without harming the planet. And one of the most recent products to make its way into the green industry is ‘carbon neutral’ fuel.

How can petrol be green, you ask? Well, we’re wondering the same thing.

Check out our article below to find out whether carbon neutral fuel is actually good for the planet, or if it’s just another greenwashing project we need to steer clear of. 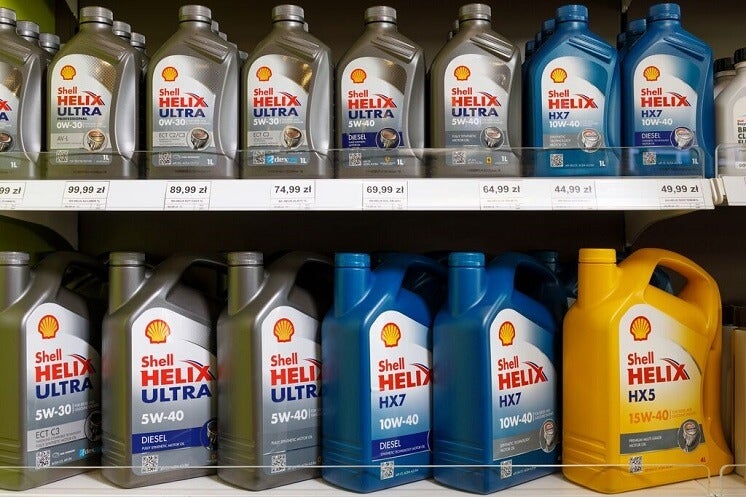 Shell has a range of synthetic fuels, but how green are they? Find out below

What is carbon neutral fuel?

At its most basic level, carbon neutral fuel is a type of energy source that doesn’t produce any greenhouse gas emissions when used. And if it does end up generating emissions along the way, they’re offset by various nature-based activities, such as tree planting (although, these aren’t always effective).

Also known as ‘eFuels’, carbon neutral petrol and diesel are synthetic fuels, which means they’re made from water (or, more precisely, the hydrogen within water) and carbon dioxide (CO2).

The energy it takes to produce eFuels can come from renewable energy, and the production itself involves direct carbon capture (taking existing carbon from the atmosphere). So instead of drilling for oil, which generates huge amounts of emissions, greenhouse gases are sucked out of the air and are recycled into a new product.

One huge benefit of eFuels is that they are compatible with internal combustion engines – meaning they can be used in everyday vehicles, either as an admixture to petrol and diesel or as a complete substitute.

Sounds too good to be true, right? Well, there is also a lot of research out there that suggests carbon neutral fuel might not be as green as it seems – but more on that later.

How is carbon neutral fuel made?

To make carbon neutral fuel, manufacturers use a process called ‘electrolysis’, which uses electricity to split water into its components of oxygen and hydrogen.

Once this has been done, direct air capture is used to extract carbon dioxide from the atmosphere, which is combined with hydrogen to produce so-called ‘eMethanol’. This result is then further processed to create eFuel, which can be used as a greener alternative to petrol and diesel.

This is a controversial question.

On the one hand, many companies around the globe believe that carbon neutral fuels are the key to reducing global emissions. In fact, Bosch states that eFuels could save 2.8 gigatons of CO2 from being released into the atmosphere by 2050 – or, in other words, 8.6 years worth of UK total CO2 emissions.

Many environmental experts, however, aren’t sold on eFuels. Gilles Dufrasne, from Carbon Market Watch, stated that the industry is simply “pushing this as a lifeline for many of the fossil fuel companies that see their business models threatened”.

The main reason behind this controversy is because an eFuel’s carbon footprint comes down to where it has been produced. If the fuel is manufactured in a country that has an electricity mix that is 100% renewable, or is powered by a nearby green energy source, then carbon neutral fuel will live up to its name.

However, if the fuel is created in a country that has an energy mix with high fossil fuel usage, then it will just be generating more emissions. Put simply, even though manufacturers won’t have had to drill for fossil fuels for that batch, the energy that is used to produce it will require such drilling – it’s a vicious circle.

If emissions are generated in the production process, some companies also offer various offsetting schemes. However, many experts have suggested that carbon offsetting isn’t as effective as we once thought.

A number of companies have already started developing their own carbon neutral fuel, despite it being fairly new to the energy sector.

We’ve listed a few of the most notable company rollouts below.

A closer look into Shell’s product, however, suggests it might not be as sustainable as the company is letting on.

We know that synthetic fuels are only classed as green if they’ve been produced using renewable energy. However, according to Shell’s list of manufacturing facilities, its only site that’s able to create synthetic fuels and carbon capture seems to be in Canada.

So, how green is Canada’s energy mix? Take a look at the chart below:

Data from the IEA

There are some renewable energy sources in Canada’s energy mix – with hydro taking the lead – but, overall, it’s dominated by fossil fuels.

So, in reality, Shell’s ‘carbon neutral’ fuel is pretty bad for the planet. Of course, the company offers carbon offsetting schemes to balance out the emissions – but it has still received a lot of criticism.

Porsche is currently finding ways to develop eFuels on an industrial scale, with its “Haru Oni” pilot project. Working together on this project with Siemens Energy in Chile, Porsche has created the world’s first integrated and commercial plant for the production of carbon neutral eFuels.

Although Chile’s energy mix is dominated by fossil fuels, Siemens’s website states that the partnership with Porsche and Green Power will ensure all stages of the process are powered by sun and wind.

The plant’s annual production capacity is planned to reach roughly 550 million litres by 2026 – enough fuel to power one million cars for one year. Porsche is also aiming to use eFuels for all of its motorsports vehicles from 2022.

Neste claims to be the world’s leading producer of renewable diesel and sustainable aviation fuel.

Rather than using grid electricity, Neste’s MY Renewable Diesel is made from 100% renewable raw materials – resulting in up to 90% less greenhouse gas emissions over the fuel’s life cycle, when compared with fossil diesel.

The company states that its eco-friendly diesel is actually a hydrotreated vegetable oil, which means in the production process, impurities are removed and oxygen molecules are replaced with hydrogen.

On top of this, Neste has joined the eFuel Alliance – an interest group dedicated to the industrial production of synthetic fuels from renewable sources. 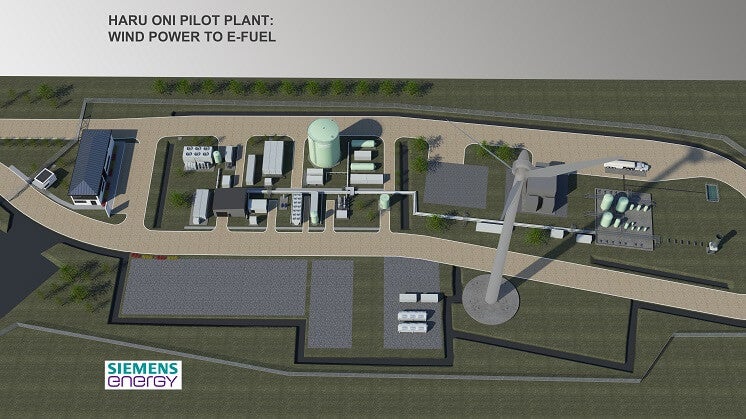 Greenwashing happens when companies deliberately provide misleading information about how environmentally friendly they are – and it's getting more common. But what about when it comes to eFuels?

Since this type of fuel is only carbon neutral if it’s made with renewable energy, various companies offer carbon offsetting to balance out any emissions as a way to make it ‘greener’.

Shell is a key example of how some companies are using offsetting as a greenwashing tactic, by advertising their product as ‘carbon neutral’, when actually a lot of emissions are generated to create it.

Britain's advertising watchdog even had to open an investigation into Shell’s ‘drive carbon neutral’ claims, after receiving complaints from members of the public.

Whether there are good intentions or not, many experts have cast their doubts over whether carbon offsetting is actually effective for two main reasons: some nature-based activities simply don’t reduce enough CO2 from being released into the atmosphere, and companies aren’t always totally transparent with their offsetting schemes.

A newly-planted tree, for example, can take as many as 20 years to capture the amount of CO2 that a carbon-offset scheme promises. And if you want to find examples of companies lacking clarity in their carbon offsetting schemes, you only need to look to Shell’s Helix Ultra page, which is scattered with asterisks hinting at sneaky loopholes.

Although the oil giant supports tree-planting projects, Shell’s Helix Carbon Neutral Disclaimer suggests they might not be very effective practices:

“The term ‘Carbon Neutral’ indicates that Shell has engaged in a transaction where an amount of carbon dioxide equivalent associated with the acquisition […] has been removed from the atmosphere through a nature-based process, or emissions saved through avoided degradation of natural ecosystems.”

As some people have been keen to point out on Twitter, emissions saved through avoiding deforestation isn’t the most sustainable, or even logical, outlook on environmentalism.

There’s no denying that carbon neutral fuel has a promising future – and it shows signs of being able to help us in the fight against climate change. But this all depends on the company creating the fuel, and the transparency of its practices.

Since emissions depend heavily on where the fuel is produced – and most countries still rely on fossil fuels – users will need to do their research on how it’s created before trusting that carbon neutral fuel is as green as it lets on.

There’s also the issue of big fossil fuel companies (we’re looking at you, Shell) that are piggybacking on this trend, as a way to profit from people who are trying to reduce their carbon footprint.