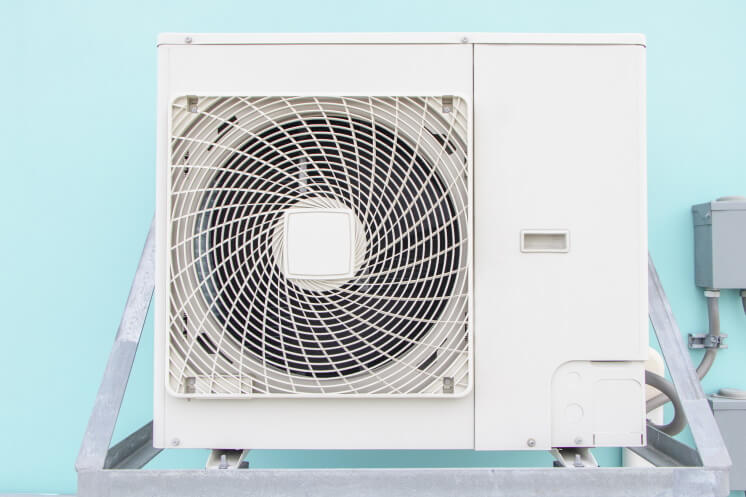 ✔ They will typically save you £2,827 over their lifetime

✔ A service costs £150, but you only need one every two or three years

Air source heat pumps are an incredibly efficient, renewable source of energy – and getting one could cut your energy bills in half.

They’re easy to buy, get installed, and understand. An air source heat pump simply takes the air from around your home, and converts it into fuel to heat your home and hot water.

It requires four times less energy than a gas boiler to do the same job, on average – and if you power it with renewable electricity, it’ll be a completely green machine.

With a gas boiler ban coming soon on new homes, it’s worth considering the best alternative on the market.

How much does an air source heat pump cost?

An air source heat pump costs a large amount at first – around £10,000 – but as with any long-term investment in your home, you have to spend money up front to make savings every year.

As you’ll see from our calculations below, the typical air source heat pump owner can expect to save £141 per year compared to gas boiler owners.

The average system costs around £10,000 to buy and install, according to the Energy Saving Trust.

You should hire a specialist to install the machine – it’s easy to find one, and it’s a complicated process that only experts should take on.

They’ll also be able to explain to you how to use it easily and efficiently.

You might also be able to qualify for one of the UK government grants to cover some of the cost.

An air source heat pump costs just £498 per year to run, on average, which is cheaper than gas.

Let’s dive into how we reached that figure.

The average home uses 12,176kWh for heating per year, according to the latest government data.

Fortunately, the typical air source heat pump produces three to four units of heat energy for every unit of electricity it uses, largely because water holds onto more heat than air.

Where your pump falls on this scale is called its Coefficient of Performance, and will come to four, on average – which equates to 400% efficiency.

If your pump is your sole heating system, that means you’ll only need to use 3,044kWh of electricity to produce the 12,176kWh of heat needed to heat the average home over a year.

However electricity’s average price is currently 16.36p per kWh, while gas only costs 4.17p per kWh. That’s 3.9 times higher.

So one factor reduces your costs by 400%, while the other increases your costs by 390%. That means you’ll pay about the same in energy bills – but slightly less if you have a heat pump.

Instead of paying £507.74 per year with a typical gas boiler, you’ll pay £498 with an air source heat pump – and fortunately, there’s more to this story.

You can make money with your air source heat pump, thanks to the government.

How can an air source heat pump make you money?

If you apply for the Renewable Heat Incentive (RHI), the government will pay you for using an air source heat pump.

You could receive quarterly payments for seven years, based on the amount of electricity your pump is estimated to be producing.

If you use the 3,044kWh needed to heat the average home with a heat pump, that means the government will give you £332.40 per year, simply because you’re fighting climate change.

The Renewable Heat Incentive will be cancelled at the end of March 2022, and on 1 April 2022, we'll move into the era of the Boiler Upgrade Scheme.

This government grant will reduce the barrier to entry for anyone who would struggle to pay £10,000 to overhaul their heating system.

It's the main reason why the average home will be able to save thousands of pounds over a heat pump's lifetime.

However, it's received a disappointingly low level of financial backing from the government.

With sufficient maintenance, your heat pump should provide you with warmth and hot water for at least 20 years, according to the Energy Saving Trust.

You should have the machine serviced by a professional every two or three years, to make sure everything is working at peak efficiency.

This service will cost around £150, so check with your installer or the manufacturer if you can get a cheaper regular maintenance included in your purchase agreement.

And before the heat pump is installed, ask your installer to write down any maintenance checks you should carry out on a regular basis.

This list will include simple tasks like sweeping any leaves, dust, or snow from the heat pump’s fans, and cleaning the filter.

This will save you money in the long run by keeping your heat pump functioning efficiently – and since you can take care of them yourself, it’s free.

An air source heat pump is an investment in a cheaper, greener future.

Buying one will cut your energy bills by an average of £141 per year, and reduce your carbon footprint by at least 2.5 tonnes of CO2 per year. That’s 38% of the average Brit’s emissions.

With sales of new gas boilers set to be banned from 2035, air source heat pumps are going to become increasingly popular on these shores – and further afield.

By 2030, 22% of homes in America, Europe, and northern Asia will have air source heat pumps, according to the International Energy Agency.

Welcome to the future.