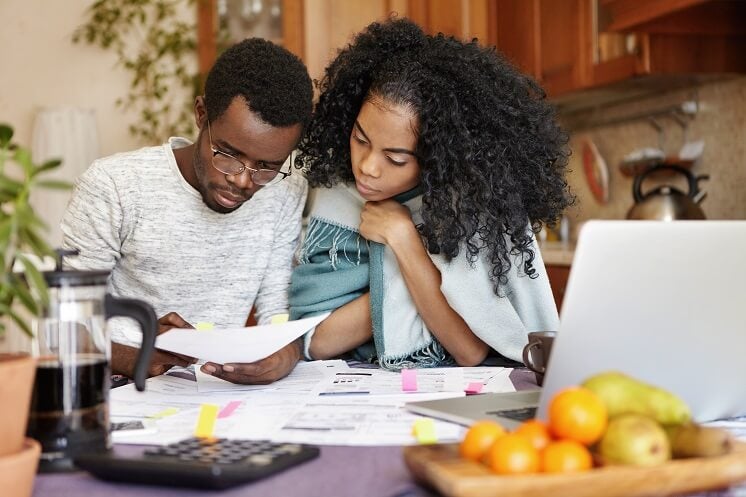 The energy market has evolved massively across the UK in the past decade – leaving us with a huge list of suppliers, and a range of fuel types, to choose from.

Not sure whether switching energy tariffs is for you? Well, if you’re looking to save a few extra pennies on your energy bills or shrink your carbon footprint, switching energy suppliers could be your ticket to success.

In this article, we’ll shine a light on how many other people are switching suppliers, how this trend has increased over time, and whether there are any other patterns emerging in the world of energy switching.

How many people in the UK are switching energy suppliers?

In 2019 alone, 5,946,000 people switched electricity suppliers, while 4,822,000 switched gas suppliers – combined, this mounts up to more than the whole population of Greater London!

Energy switching hasn’t always been this popular, though. Check out the chart below to see how this trend has changed over time.

Despite being one of the many industries hit by the 2008 recession, the energy market bounced back with a more diverse energy sector, and a plethora of suppliers to choose from.

“With switching at a record high – with over 12 switches every minute in 2019 – it’s evident that competition continues to flourish in the retail market, and customers are benefiting from new innovative products and services.” – Audrey Gallacher, Interim Chief Executive at Energy UK

Who are the Big Six?

This group of energy giants is known as the ‘Big Six’. In the second quarter of 2020, the combined market share of these six suppliers was down by 1%, thanks to more people switching to smaller suppliers. However, these companies still own a sizeable 72% of the electricity and gas market in the UK.

That said, we are certainly seeing a shift in how many people are opting for other companies over these top dogs – but more on that later.

Generally, middle-aged customers are most likely to switch energy suppliers over any other age group. This is likely to boil down to two main factors:

The chart below shows that year-on-year, people are more likely to switch suppliers if they have done so before.

What’s the reason behind this? Well, as the energy market grows, making a choice and knowing who to trust can be overwhelming – meaning first-time switchers are hesitant to test out other companies. In fact, data from the energy regulator Ofgem recently found that 42% of people aren’t confident when it comes to comparing the different energy deals available.

What are the reasons behind switching energy suppliers?

Currently, there are around 60 energy suppliers in the UK – and we’re sure to see more emerge in the near future. Having this much choice means customers are able to shop around for the deal that suits them best.

The reason behind switching will depend on your circumstances – but, like most things in life, money is usually the main focus. As you can see below, environmental impact has also become more of a focus for consumers in recent years.

For many people, the cons of switching energy suppliers outweigh the pros. It mainly comes down to two factors: satisfaction with the existing supplier or tariff, and the amount of hassle involved.

As part of an Ofgem survey, when asked about reasons not to switch, respondents answered with the following:

How are people switching?

Thanks to rapid developments in tech over the past decade, switching suppliers is easier than ever before. With the click of a button (okay, maybe a few buttons), users are able to find the best tariff and supplier for them – saving money, emissions, and a whole lot of time.

We’ve listed the most popular ways to switch energy suppliers below:

Which companies are people switching to?

Brits are gradually starting to detach themselves from the larger energy suppliers in the UK. According to Energy UK, in October 2020, 205,207 people switched from the Big Six to a small or mid-tier supplier – that’s 35% of all switchers that month.

Check out the comparison below:

Can you reduce your emissions by switching?

Absolutely – but it depends on the companies you’re switching between. If you’re switching from one of the Big Six’s tariffs to a 100% renewable energy tariff, go ahead and watch your carbon footprint shrink.

Bulb – one of the major green energy suppliers in the UK – suggest that their average member reduces their carbon impact by 3.4 tonnes of CO2 a year. This is about a quarter of the average household’s annual emissions.

Below, we’ve outlined some of the UK’s best green energy suppliers next to the standard tariffs with the Big Six.

Of course, the Big Six – along with many other energy suppliers – have been introducing more green energy tariffs into the mix.

The rise of green tariffs

Global warming has become a hot talking point over the past few years – leading to a more eco-conscious type of consumer. As more small/mid-sized companies introduce tariffs with 100% renewable energy, larger energy suppliers have also started to introduce similar offers in order to compete.

And, as you can see from the chart below, public interest is through the roof!

If you’re considering opting for a more eco-friendly supplier or tariff, keep your eye out for any troublesome greenwashing. Some electricity suppliers, including some who claim to supply 100% renewable energy, will do so simply by buying up excess REGO certificates – doing little to encourage the generation of renewable energy in the UK.

You can learn more about greenwashing in our guide to green energy switching.

It’s best to do your research before you invest in a green supplier – and our page on the top renewable energy suppliers is a great place to start.

How much money can you save by switching energy suppliers?

According to a 2019 report from Ofgem, 77% of customers who'd switched suppliers said they were saving money as a result. Plus, most of these people feel they’re saving this money now, rather than having to wait for cheaper tariffs in the future.

Of course, the amount you’re able to save will fluctuate. According to MoneySuperMarket, households on a standard variable tariff could save more than £280 a year by switching to a fixed tariff.

However, a home with a family of five is still much more likely to have higher energy bills than someone living alone, no matter what tariff you switch to.

How has Coronavirus impacted energy switching?

Like almost any other aspect of life, the coronavirus pandemic has impacted the energy industry massively. Renewables have seen an all-time high usage in the UK, fossil fuels struggled during the earlier stages of the pandemic, and people working from home are paying more for their energy bills than usual.

In October, switching intentions increased, with 12% of consumers in the process of switching or actively looking for a new supplier –  while a further 23% were also thinking about switching.

Although working from home provides a safety bubble for residents in the UK, many are also struggling with the costs that come with it – which may well be the reason why more people are switching during these unprecedented times.

As the UK Government – and others across the world – continue to push for more renewable energy, we’re sure to see more rapid change in the energy industry over the coming years. And as the industry pushes for more change, make sure to keep an eye out for the best deal that suits your needs.