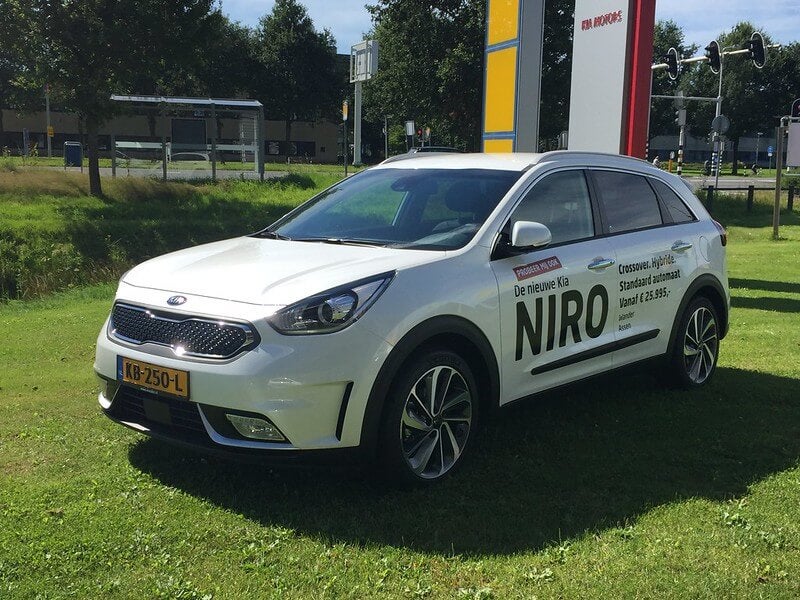 The push for more electric vehicles on our roads is constantly gaining ground, with more options than ever for consumers to choose from – including self-charging vehicles, which on paper sound like a fantastic solution to the problem of having to charge an electric car at designated charging points.

But what exactly are self-charging vehicles? It might sound like they do what it says on the tin, but as we found out while writing this guide, the reality is not quite what it seems.

What is a self-charging electric vehicle?

A self-charging vehicle is best described as a hybrid vehicle that uses the kinetic energy generated when braking (called ‘brake regeneration’ or ‘regenerative braking’) to charge a small rechargeable battery, which is then used to assist the vehicle in acceleration. Like other hybrid cars, a self-charging vehicle still uses either a diesel (rarely) or petrol engine, which does the bulk of the engine work.

What is the point then?

Well, it’s tough to say, because frankly the self-charging moniker is about as misleading as they come. Many people think these cars can charge themselves endlessly on the go, but the fact of the matter is this isn’t true.

Not only does this suggestion ignore the laws of physics, it’s also a rather manipulative form of marketing. The idea that electric vehicles can actually charge themselves and then drive a good distance on said charge is, unfortunately, false. In actuality, self-charging vehicles as they are right now are only capable of charging a battery enough to travel a short distance.

This is because the batteries used in self-charging vehicles are much smaller than those used in fully electric vehicles or PHEVs (plug-in hybrid electric vehicles). The battery is smaller for many different reasons, but one key factor is that a larger battery would never come close to reaching a full charge from the energy expended by braking alone. Meaning there just isn’t any point in putting a large battery in a self-charging vehicle.

As we see it, a self-charging vehicle is little more than the result of car manufacturers jumping on the eco bandwagon. When the bulk of the car is still powered by fossil fuels, the addition of a tiny battery and a self-charging tag is tantamount to ‘greenwashing’. The truth is, you’ll still be spending a substantial amount on petrol or diesel to keep your self-charging vehicle running.

How much do self-charging electric vehicles cost?

Right now, the number of self-charging vehicles on the market is small, with only a handful of manufacturers producing any (at the time of writing, these are Toyota, its division Lexus, and Kia). Also, because self-charging vehicles don’t reduce CO2 emissions to anywhere near the same degree as PHEVs, you won’t receive the same tax benefits for them.

Still, the average cost is usually less than a plug-in electric car. You’re effectively buying a standard petrol/diesel car with a small battery to help with acceleration, and paying similar prices.

For example, a brand-new self-charging Kia Niro is available to purchase from £28,460. The PHEV Niro comes in at £33,300 – not a massive difference, but enough to give you pause for thought.

What might change a few minds about the extra cost of a PHEV is the fact that a self-charging car will use more fuel. Even with the electric battery, your fuel costs will remain similar to an ordinary car with a combustion engine.

Over time then, a PHEV would save you a substantial amount in fuel and tax costs. The benefits are even better for a fully electric car, with British drivers able to save around £1,000 per year (and just over £5,000 after five years).

Whilst it may appear that we’ve been overly harsh on self-charging electric vehicles, they do still have a few meaningful benefits. Here’s a table showing the pros and cons of self-charging vehicles:

How popular are self-charging electric vehicles?

In the first half of 2021, electric vehicles made up an encouraging 26% of total new car sales in the global automotive market. How much of these were self-charging is unfortunately difficult to find, but it’s clear that electric vehicles are increasing in popularity every year.

The Toyota Prius, itself a pioneer in the self-charging vehicles market, reached a milestone of 15 million sales in 2020. So the concept of self-charging cars is certainly not a new one, but the term has only been used in marketing since 2019.

What’s exciting is that the number of electric car registrations in September 2021 alone (32,721), both hybrid and fully electric, nearly exceeded the entirety of the UK’s electric car sales in 2019 (37,850).

It’s clear that electric vehicles are increasing in popularity as more and more people recognise the need to shift away from fossil fuels. Another important factor to consider is the ongoing fuel crisis, with incidents like the recent petrol shortage spurring people to think about buying an electric vehicle.

The best self-charging vehicle on the market

Though the choices are slim, we’d say that the Kia Niro represents the best self-charging vehicle on the market right now. At a cost of £28,460 (according to the Kia website), its build quality is amongst the highest of other electric vehicles in this price bracket.

Additionally, its spacious 427-litre boot makes the Kia Niro ideal for families – it has more than enough room for suitcases, buggies, a large dog, etc. Fuel economy is generally excellent too, with the vehicle capable of doing around 205 miles to the gallon.

As for ease of driving, the Niro’s dual-clutch automatic gearbox makes it incredibly smooth to drive. Sure, it won’t zip around with much agility and its acceleration can leave a lot to be desired, but most potential buyers won’t be too concerned with these faults since it’s a family oriented car.

We might have spent much of this article talking about how self-charging vehicles really don’t do enough to help reduce the planet’s carbon emissions. However, any move towards more environmentally friendly transportation is still a good one.

For many people on the fence about electric vehicles, a self-charging hybrid represents a convenient step on the route to going fully electric. When people do make the jump to either fully electric or a PHEV, it’s always a good idea to think about getting a charging point installed. This is because just plugging in an electric car to a domestic power supply means it’ll take a lot longer to charge.

If you’d like to find out how much a charging point might cost you, simply fill in this form and get a free quote today.