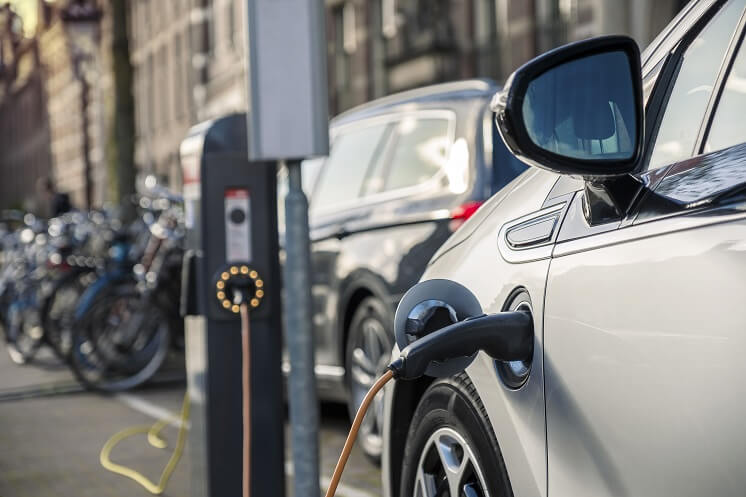 ✔ If you’d like a bespoke quote for an electric vehicle charging station, fill in the form above

Electric cars are fast becoming Brits’ go-to vehicle. In fact, the latest government data shows that during the third quarter of 2021, more battery-electric cars (51,000) were registered than diesel cars (35,000).

Since electric vehicle (EV) technology has improved over the years, EVs now match fossil fuel cars in many areas of performance – including longevity. On average, an EV car battery will last 8-10 years – similar to the life of a petrol car engine.

But there are some things EV owners can do to extend their battery’s life – and you might even be able to use it once it’s no longer suitable for the road.

Find out everything you need to know about how long electric vehicle batteries last below.

Not made the switch to an electric vehicle yet? Well, now’s a good time – they're more popular than ever. Fill in this form to see how much a home charging point would cost you.

How long does an electric car battery last?

An electric car battery should last between eight and 10 years, depending on how it’s been treated throughout its life. To compare, the average engine in a new petrol or diesel car will typically last around 10 years or 200,000 miles.

Although today’s EV batteries are built to last, over time they will degrade, which leads to reduced capacity. You’ll still be able to drive your car when this happens, but with less range – similar to what happens to the lithium-ion battery in your phone.

How much capacity will an EV battery lose over the years? A 2019 study – focusing on around 6,000 EV owners – found that EVs lose an average of 2.3% capacity each year.

What’s the average warranty on an electric car battery?

Most electric vehicle manufacturers have an eight-year warranty on their batteries, so you can rest assured you’ll be covered for a while. We’ve listed some of the biggest car companies and their EV warranties below:

*Depends on which comes first – the time limit or the distance travelled.

As you can see, most warranties last eight years or 100,000 miles. However, you should also bear in mind that some automakers will only replace a battery in the event of a complete loss of its ability to hold a charge, which is extremely rare.

Thankfully, there are other companies – including Nissan, Tesla (Model 3), BMW, and Volkswagen – who replace the pack if it falls below a specific capacity level while under warranty, which is usually around 60-70%.

How to make sure your electric car battery lasts long

Although you can get almost a decade out of your EV battery, there are some things you can do to extend its life even further.

Is it easy to replace the battery in an electric car?

After roughly a decade of using your car battery, it’ll probably need to be replaced with a new one. Although this was once a complicated and expensive process for EV owners, it’s now much easier.

The cost of replacing an EV battery will vary, depending on the make and model of the car it’s in, as well as the automaker.

Can electric car batteries be recycled?

Worried about the impact your old battery will have on the planet? Well, you’ll be happy to hear that if you need to replace your battery, it doesn’t have to go to landfill – instead, it can be recycled.

Once a battery reaches the end of its working life, it can be broken down and separated out into important materials, such as cobalt and lithium salts, stainless steel, copper, aluminium, and plastic.

As it stands, recycling lithium-ion batteries is a difficult process, but with EVs expected to continue getting more popular over the next decade, car manufacturers are looking to improve this.

Volkswagen is one such manufacturer. The company recently announced a pilot plant for battery recycling, which will work towards a target of recycling 97% of battery components. The process will involve shredding, drying, and sieving the batteries, which will then allow experts to recover valuable materials that can be used to make new batteries.

Can you use an old electric car battery as a solar battery?

If your battery is reaching the end of its life, rather than recycling it or sending it to landfill, you can give it a second life as a solar storage unit. By hooking your old EV battery up to a solar panel system, you’ll be able to store electricity produced by the solar panels, and either use the electricity later on (during the night or on low-sunshine days), or sell it back to the Grid.

To encourage this resourceful process, various companies – including Nissan, Renault, and Tesla – now offer home and commercial energy storage solutions using second-hand EV batteries. Not only will this reduce household emissions, but it’ll also mean users can get the most out of their batteries. Nissan engineers even estimate that these recovered batteries have a lifespan of about 10 to 15 years.

There are so many benefits to electric vehicles, including low emissions, affordable running costs, and long-lasting batteries. On top of this, once its capacity has worn down to around 60-70%, a battery can be either reused as a domestic solar storage unit or broken down for valuable materials.

Feeling more confident about switching to an electric vehicle now? Well, you might want to look into getting a home charging point – after all, it could help you extend your EV’s battery life.

Want to speed up the process of getting a home charger? Simply pop your details in this short form, and we’ll put you in touch with our suppliers, who’ll provide you quotes to compare.