Plans to build Britain’s largest solar farm have been given the go-ahead after three years of waiting. The stretch of solar panels will be located off the North Kent Coast and will have a capacity of roughly 350 megawatts (MW) once complete – powering up to 91,000 homes.

The Cleve Hill Solar Park, a joint project between Hive Energy and Wirsol Energy, is estimated to run across 900 acres of Kentish coast, with a staggering 880,000 solar panels to be installed. The facility will also have a lithium battery storage plant the size of 20 football pitches.

Once the project’s plans have all been finalised with the government, the developers hope to begin building the solar park early next year – aiming to start generating clean electricity by 2023.

What’s most impressive about the park is that it could help cut the UK’s carbon emissions by a massive 68,000 tonnes a year. This solar farm is also estimated to generate roughly £1 million of revenue for the Kent and Swale councils every year. 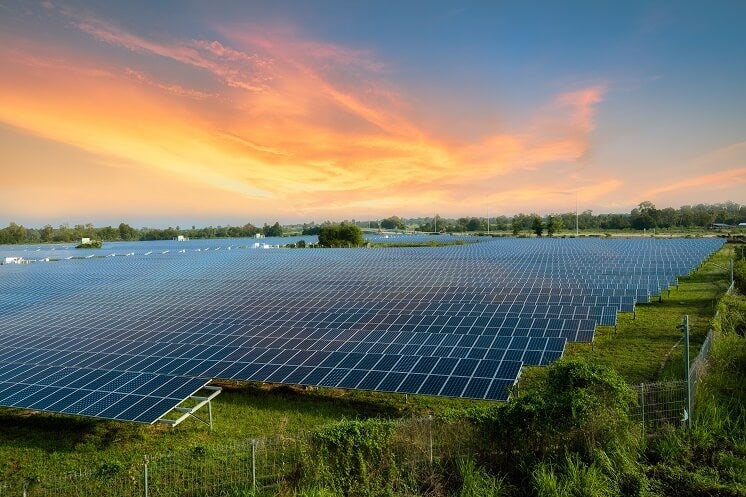 Is it all good news?

Despite plans to pump solar energy into the grid, the Cleve Hill Solar Park has caused quite the controversy. Since the initial announcement of the farm, the project has assembled a handful of complaints from locals and a few green organisations, such as Greenpeace, the RSPB, and CPRE.

Most of the complaints boil down to the sheer scale of the solar farm, claiming that it’s industrialising the countryside and may harm wildlife on-site and around the area.

However, the developers of the project have put plans in place to preserve the native woodland and scrub within the bounds of the site. They’ll be able to protect the wildlife on site by hosting a habitat management area of more than 138 hectares, which will focus on helping bats and local bird species.

Environmental organisation Friends of the Earth has also offered support, suggesting that the land that is going to be used is currently intensive farmland, which has always been bad for wildlife

“No-one wants to see damage to local habitats, but this is not some lovely, untouched meadow. Changing the use of the site from intensive agriculture will reduce the high level of chemicals currently harming insects and wildlife – but we have to hold the developers to account.” – Mike Childs, Friends of Earth spokesperson

How will the solar farm support the UK grid?

The subsidy-free solar park is expected to reach a capacity of 350MW – strides ahead of the UK’s current solar farms. As it stands, the UK’s largest operational solar farm has a peak capacity of 72MW.

We’ve compiled a list of all the operational solar farms in the UK with the highest installed capacity, and compared it to the predicted capacity of Cleve Hill Solar Park:

From this graph, it’s clear to see just how much solar energy the park will bring to the UK – undoubtedly supporting the government in reaching its net-zero goal by 2050.

The Environmental Investigation Agency (EIA) has projected that world energy consumption will grow by nearly 50% between 2018 and 2050 – so it’s important that we start implementing projects like this to make sure we’re able to power the country in a sustainable way.

The graph below sheds some light on just how much the solar industry has grown over the past decade. As energy consumption increases over the years, renewable energy capacity must increase with it.

Hopefully, this graph paints a positive picture of how we can expect solar to become more forefronted in the energy industry in the coming years.

As of the end of April 2020, there is a total of 13,493 MW installed UK solar capacity across 1,034,993 installations – an increase of roughly 1.5% (195 MW) since April 2019. Experts have suggested that this investment in renewable energy must continue if we’re to beat climate change.

And with the UK’s largest solar park on the horizon, perhaps we will start to see a larger year-on-year increase in renewables, leading to a brighter future for UK energy.