The UK turns 2.9 million tonnes of your recycling into dangerous emissions

Nearly three million tonnes of recycling is incinerated each year, resulting in CO2 emissions that do more damage to the climate than gas.

Freedom of information requests by Channel 4’s Dispatches have uncovered that 11% of rubbish collected for recycling in the UK is burned.

Insead of being recycled with minimal effect on the climate, this material is flung into one of 48 energy-from-waste incinerators (with 18 more planned), which emit 12.6 million tonnes of CO2 per year, according to the show and consultancy Tolvik.

Energy-from-waste releases 799 grams of fossil-powered CO2 for every kWh of energy it produces – four times more than gas, which emits 185 grams of CO2 per kWh. 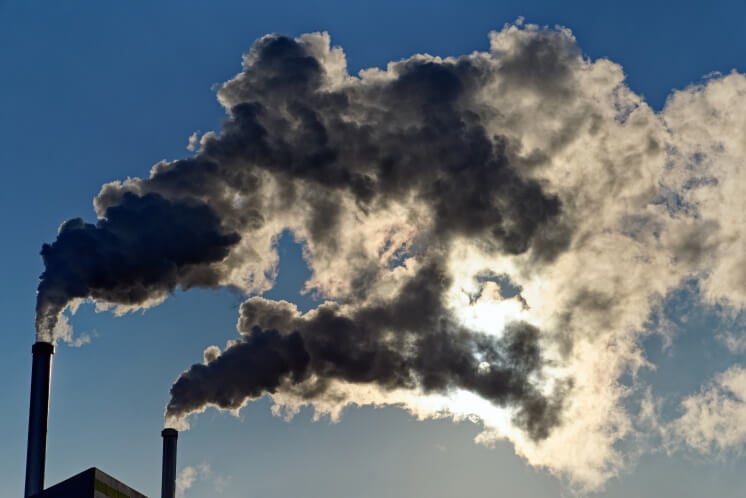 Is burning your recycling better than sending it to a landfill?

According to experts: no.

Firstly, this shouldn’t be a choice we have to make. It’s not clear why the government hasn’t simply built more recycling plants to properly deal with the amount of recycling the country produces.

But when we asked the Department for Environment Food & Rural Affairs (Defra) how the government can justify burning more than a million tonnes of recycling, the response focused on the supposed benefits of energy-from-waste over landfills.

A Defra spokesperson said: “We are very clear that incineration should be a last resort behind recycling and re-use – but using waste to generate energy is preferable to dumping rubbish in landfill for future generations to deal with.”

Let’s address this assertion. It’s been repeated by the government multiple times – for instance in a Defra handout from 2014, in the House of Commons in 2017, and in a Defra release from 2020.

But it’s highly disputed. While waste in a landfill can be sorted and processed over time, experts say burning it is worse for the climate than every energy source apart from coal.

Dominic Hogg from consultancy Eunomia told BBC News: “When coal is phased out for generating electricity, incineration of unrecycled waste will be the most CO2-intensive form of generation.”

And non-governmental organisation Zero Waste Europe has stated that energy-from-waste “has significantly more adverse climate impacts than conventional electricity generation from fossil fuels such as gas.”

The report added: “What’s clear is that waste incineration is therefore not a low-carbon source of energy – in fact, strategies promoting waste to energy could seriously undermine the EU's efforts to reach net-zero climate change emissions by 2050.”

What else did the government say?

The Defra spokesperson also said: “Our landmark Environment Bill will transform our waste sector, and how the nation recycles.

“This will ensure a more circular economy, reducing waste and strengthening our fight against plastic pollution.”

The Environment Bill was introduced as post-Brexit legislation, to give legal legitimacy to the government’s 25-Year Environment Plan and create a new, independent watchdog to replace the European Court of Justice.

It was first introduced to parliament in October 2019, and still hasn’t been passed into law.