Solar power is now “the cheapest source of electricity in history”, according to the International Energy Agency (IEA).

This will help renewable energy to overtake coal as the world’s biggest source of power by 2025, the IEA has predicted – faster than the organisation’s most optimistic estimate a year ago.

Coal, which is the dirtiest fossil fuel, will reportedly never recover from the drop in output it suffered during a year dominated by COVID-19. 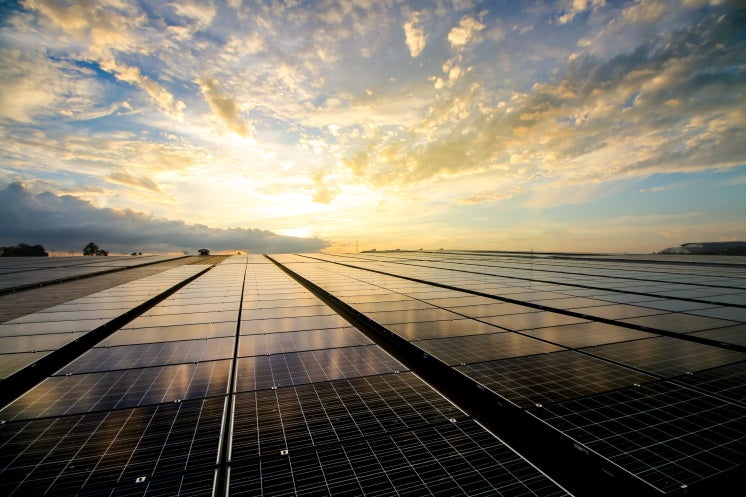 “The new king of electricity”

The IEA has dubbed solar the “the new king of electricity” thanks to its predicted growth, which is 43% higher than previously thought.

This is due to research that’s revealed solar power is 20% to 50% cheaper than past estimates showed, thanks to pro-renewable government policies and developing technologies.

Solar power stations are “consistently cheaper” than new coal or gas power plants in the majority of countries, the IEA has found.

Any company looking to build a coal-fired plant would pay 60% less to produce the same amount of solar power, according to banking giant ING, which has combined its research with the IEA’s reports.

The cost of producing solar power industrially is also 33% cheaper than gas, and around 25% less expensive than offshore wind.

The IEA has predicted that renewable energy will fulfil 80% of the world’s increased electricity consumption by 2030, with solar power setting a new record for increased output every year – and little wonder.

Leading the world is not enough

There is plenty of good news.

That’s a massive 132% increase, which is wonderful news for the climate, especially as coal’s output is predicted to plummet to 10% – its lowest ebb since the Industrial Revolution.

Unfortunately, this is not expected to be enough to stop the climate from changing to a disastrous extent.

These welcome shifts in energy production would push the globe to reaching net-zero CO2 emissions in 2070 – a full two decades after the 2050 deadline for staying below 1.5°C.

A global average temperature rise of 1.5°C would result in widespread heatwaves, and would put 20-30% of species at risk of extinction, according to the United Nations’ Intergovernmental Panel on Climate Change.