The 6 Key Reasons Behind the UK’s Gas Price Increases

✔ Most households' energy bills have risen by 54%

✔ The energy price cap will increase to around £2,800 in October

Gas prices are mind-bogglingly high, thanks to a perfect storm of cascading problems.

The wholesale price of gas has increased by 335% in the past 12 months, including a 82% rise from November to January, according to Ofgem – and Russia's invasion of Ukraine has exacerbated the situation further.

With 85% of UK households heated by gas boilers, this has already produced a massive ripple effect which has led to spiralling costs and reduces in supply.

Companies have shut down, energy bills have skyrocketed, and the worst is yet to come.

The price cap rose by 54% in April to a record-breaking £1,971 per year, and Ofgem chief executive Jonathan Brearley has warned it will increase to roughly £2,800 in October.

Here’s how we reached this disastrous reality, and how it could affect you. 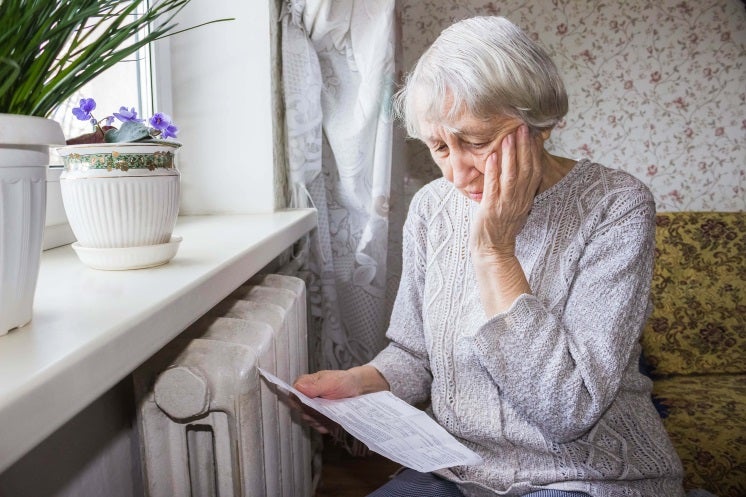 1. We don’t have enough gas
2. Russia's invasion of Ukraine
3. We had a long winter
4. Most energy sources have struggled
5. Other nations are buying more gas
6. Our European suppliers are suffering

1. We don’t have enough gas

Many of these countries had at least double this amount of gas a few months ago. France, for instance, had 113.2 TWh – four times as much as it does now.

They've dipped into their reserves, which you can do during emergencies to ensure gas prices don't skyrocket for customers – but only if you have sufficient storage levels.

But wait, maybe we don’t need as much gas as countries like the Netherlands?

And when supply is low and demand stays the same, prices rise.

This is also true compared to other European countries, which are also suffering from a smaller than usual gas supply – but to nowhere near the extent of the UK.

And yet, the governments of France, Greece, Italy, and Spain have already intervened to reduce the cost of energy bills and slow the growing crisis.

In February, Russia invaded Ukraine in a horrific escalation of a war that started in 2014.

Countless countries and companies have condemned Russia's actions, created sanctions, and made plans to reduce their reliance on Russian gas.

Unfortunately, these moves have raised gas prices even further.

The fear of further sanctions has also prompted panic buying, which will worsen every time Putin's regime threatens to cut off its gas supply to Europe, as deputy prime minister Alexander Novak did in early March.

Russia supplies less than 5% of the UK's gas – but it supplies 40% of the EU's gas, more than any other nation.

The EU is looking into ways to become independent from Russian gas, but this is likely to be a messy, lengthy divorce.

In the short term, if European nations stop buying Russian gas, they'll need to dramatically reduce their own exports, which the UK relies on.

One reason why we have less gas than normal is that we used a lot of it over the winter of 2020/21, which lasted far longer than usual.

This wasn’t just true of the UK, either. Across Europe and Asia, people endured a lengthy winter caused by climate change.

It was the coldest April in the UK since 1922, and the coldest in Europe since 2003, according to the European Union's Copernicus programme.

Colder temperatures produced an increase in demand for gas, which created an unusually large reduction in our supplies.

4. Most energy sources have struggled

2021 was a tough year for most of the UK’s sources of power.

Nuclear reactors have suffered repeated outages. At the time of writing, four of EDF Energy’s 14 reactors were offline for “non-planned” reasons.

A major fire in September at the Kent site of the 2,000 megawatt IFA power cable – which brings electricity from France to the UK – is set to halt the supply until March 2022.

Some coal power plants, which were due to all be shut down by October 2024, have been brought back online to help with the shortfall in supply – but it’s not enough.

And unfortunately, the UK produced less wind and solar power than expected in 2021.

March saw 11 consecutive days of wind farms operating at just 11% of their capacity, the summer was one of the least windy since 1961, and the sun simply hasn’t shone as much as usual.

Don’t use this crisis to denigrate renewable sources, though.

Energy Secretary Kwasi Kwarteng said as much when he tweeted that “our exposure to volatile global gas prices underscores the importance of our plan to build a strong, home-grown renewable energy sector to further reduce our reliance on fossil fuels.”

The bottom line is that the UK is facing this crisis because it relies so heavily on gas. 85% of households use gas boilers for heating. That's too much.

The UK would normally have purchased more liquefied natural gas (LNG) than usual to make up for shortfalls in most other energy sources, but soaring global demand has made this option impossible.

Over the past year or so, Asian nations including China, Japan, and South Korea have bought up huge quantities of LNG in an effort to transition their energy supply from coal to gas.

South American countries have also significantly increased their LNG import levels, reaching record levels in 2021 as Brazil and Argentina in particular ratcheted up their orders.

The increased demand in these countries saw European LNG imports fall by 19% during the first six months of 2021.

This is an energy source that made up 22% of the UK’s energy supply in 2020, so this year’s lack of access has had a big impact.

Those supplies dried up in 2021, with Ofgem explaining that “LNG deliveries have been significantly diverted this year to Asia and South America due to increased demand and prices in those regions.”

6. Our usual European suppliers are suffering

When one source isn’t giving you the power you need, go to another – but all over Europe, the UK’s standard suppliers are struggling to meet demand.

Ofgem revealed in 2021 that “there have been periodic issues with Norwegian and Russian pipelines, which has reduced gas imports from these major suppliers.”

Considering that Norway supplied 55% of the UK’s imported natural gas in 2020, this was a big blow.

Other countries that we buy gas from, like the Netherlands, are similarly dealing with record-breaking wholesale gas prices that mean they’re in no position to export large volumes, to the UK or anywhere else.

What impacts will this have?

Energy bills will rocket up

But the worst is still yet to come, when Ofgem's new price cap rise comes into effect from April. The 54% increase will see the cap go up to £1,971 per year.

The higher price cap will directly affect the 15 million homes currently on the default dual-energy tariff – which equates to more than half of all UK households.

And as an increasing number of smaller companies fold under the pressure, it makes it more and more likely that we’ll see less competitive pricing in the future.

The price of electricity is spiralling

This is largely because of the gas price spike, according to Ofgem, and the near-identical charts for gas and electricity prices bear this out.

The UK used gas-powered plants to generate 35.7% of its electricity in 2020, according to government data.

A lack of gas means a lack of electricity, which means higher prices for both.

Energy suppliers are closing down

Dozens of energy companies have already gone bust, and more are set to follow.

And it’s not just small firms. Bulb, the UK’s sixth-largest energy supplier with 1.7 million customers, is in ‘special administration,' with the government continuing to prop it up.

With gas prices continuing to spiral, the government may have to pay as much as £3 billion to purchase gas for Bulb customers, according to Sky.

Other industries have been affected

Industry body UK Steel has reported that production is being suspended during certain times of day at sites all over the country, because of the cost of gas.

Director general Gareth Stace said: “These extortionate prices are forcing some UK steelmakers to suspend their operations during periods when the cost of energy is quoted in the thousands per megawatt hour; last year, prices were roughly £50 per megawatt hour.”

And of course, every other company that uses heat and electricity to power its offices has seen their costs rocket up over the past few months – a trend that won't end any time soon.