Dirty Cars, Dirty Air: Who are Europe’s Most Toxic Drivers? 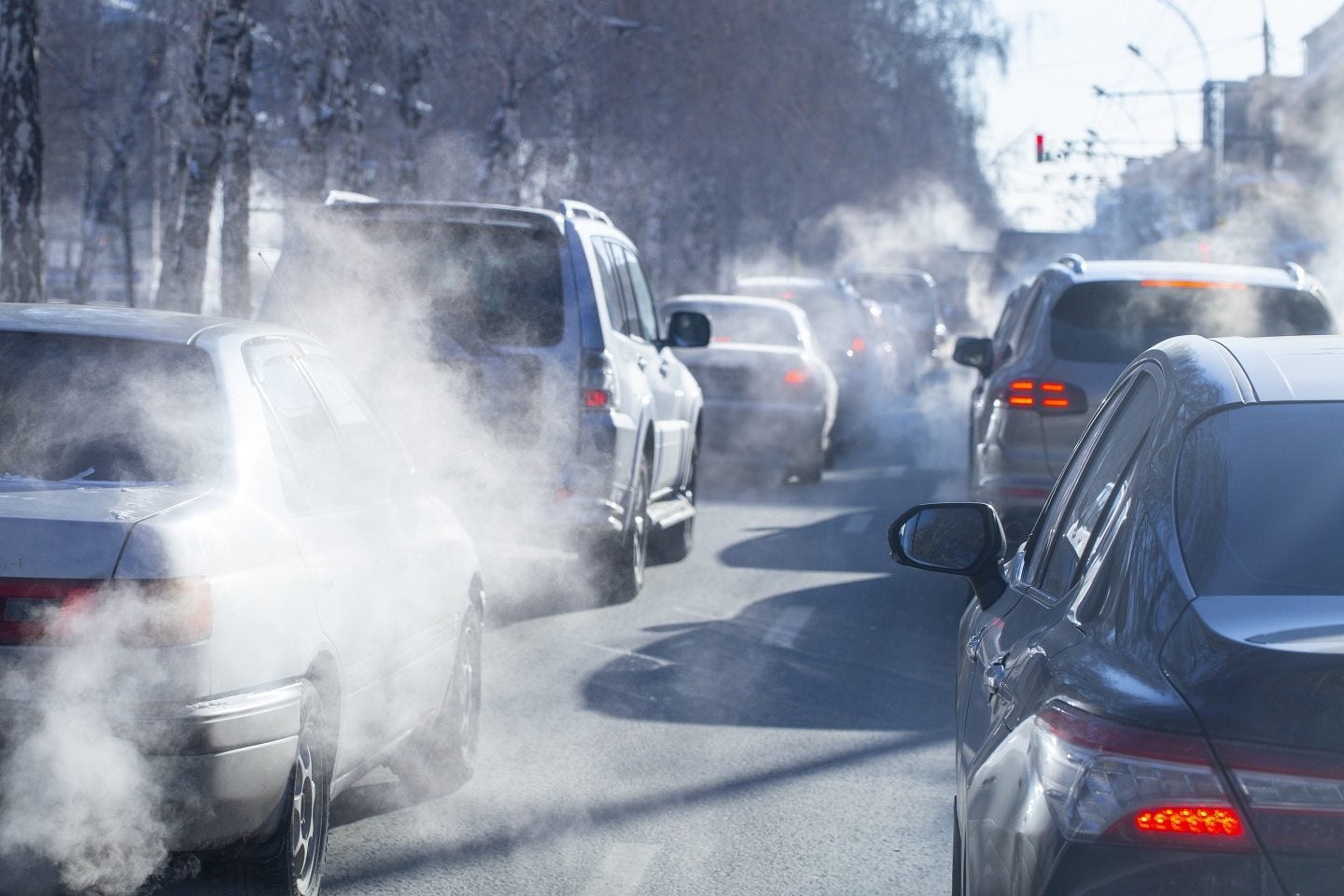 Inner city air pollution is not a new concept. It has been plaguing our news feeds for as long as we can remember… and for all the wrong reasons. Everyday there is a handful of stories hitting the headlines about the impact of air pollution on human health.

While some border on the ridiculous (see this story about how poor air quality ‘harms our mind’ and causes us to commit crime and cheat on our partners), many have a much more hard-hitting and bleak message about its true effect on our wellbeing.

It has been found for example, that air pollution causes over 500,000 premature deaths in Europe a year, and is linked to another 6.5 million Europeans falling ill each year from diseases such as asthma and bronchitis.

These shocking statistics have lead to the European Environment Agency declaring air pollution as the “single largest environmental health risk in Europe”.

But what actually is the root cause of the problem?

Many point their finger at the automotive industry. Why? Take this familiar scenario, for example: whilst you're sat in traffic desperately trying to get to work each morning, your car (and everyone else's around you) is emitting a deadly concoction of air pollutants including fine particulate matter, nitrogen oxides and carbon monoxide into the atmosphere.

Both academics and politicians alike have therefore hailed road vehicles – specifically petrol and diesel cars – as one of the biggest contributors to unclean air due to these harmful emissions that splutter from their exhausts. In particular, older and less-efficient vehicles are cited as some of the worst offenders.

While the impact of transport on air quality is an issue facing the whole of Europe, we wanted to find out which member state has the most toxic drivers. To do this, we ranked 25 European countries on 4 measures of vehicle toxicity: average vehicle age, the number of vehicles per 1,000 inhabitants, the percentage of alternative fuel passenger cars, and ambient air pollution.

So who should hang their head in shame?

Motorists in the Czech Republic were named the most toxic in Europe. Not only do they have the 6th lowest number of alternative fuel vehicles (0.7%), their cars are also the 6th oldest on average at 14.5 years old. It is unsurprising therefore, that this central European country has the 3rd highest levels of recorded air pollution in the continent.

Vehicle owners in Poland came in at a close 2nd. Despite having the highest number of alternative fuel passenger cars (15.5%) in the research, the eastern European country performed poorly on all other measures of vehicle toxicity. Most notably, Poland is home to the the oldest cars in Europe (17.2 years) and has the highest recorded ambient air pollution in the continent.

Estonia was found to be home to the 3rd most toxic drivers in Europe, owing to its citizens driving the 5th oldest vehicles on average at 15.1 years old, and having the 5th highest number of vehicles per capita. The country also has a very low percentage of alternative fuel vehicles, at a mere 0.6%.

Croatia and Slovakia completed the list of the top 5 most toxic drivers in Europe, with motorists in countries such as Slovenia and Romania not far behind.

And who isn’t doing so bad?

Surprisingly, UK drivers are amongst the most eco-friendly drivers in Europe. British motorists ranked 18th in this research for toxicity, faring better than Germany (17th), France (16th), Italy (13th) and Spain (7th). The UK’s position is largely owing to the low average age of its vehicles (only 8.5 years) and its moderate number of alternative fuel vehicles at 1.1%.

Across the Irish Sea, the UK’s closest neighbour Ireland also ranked well. Coming in at a very respectable 24th for driver toxicity, Ireland is home to the 2nd greenest motorists in the continent. Most notably, the country has the 7th lowest number of vehicles per capita at 494 per 1,000 inhabitants, and has the 4th lowest recorded ambient air pollution in the continent.

If you're looking for ways to reduce your own emissions, then solar panels and a more efficient boiler are a good places to start. Try this guide to solar panel costs and find out which boiler is the best in the uk

This research revealed that motorists in Sweden are the most environmentally-conscious, with the 2nd highest number of alternative fuel vehicles (7.0%) and the lowest recorded ambient air pollution. The country’s Nordic neighbours also placed well, with Finland (23rd) and Denmark (22nd) being named amongst the top 5 least toxic drivers in Europe.

What can be done to tackle air pollution?

It is clear that some European countries have a long way to go to clean up the toxic air which their citizens are breathing in. It is hoped that the European Commission’s Clean Air Policy will incite Europe’s member states to act in order to reduce the harmful emissions that are released into the atmosphere from road vehicles through the use of tough legislation on motorists.

Such measures are already being taken in the UK’s capital London, where Mayor Sadiq Kahn recently introduced a £10 Toxicity Charge (or ‘T-Charge’) in the city’s centre. Imposed on all drivers of petrol and diesel vehicles registered before 2006, the aggressive policy aims to reduce the number of the most polluting vehicles from entering London’s streets.

With the UK’s drivers ranking amongst the top 10 most eco-friendly in our research, some of the worst offending European countries should use the UK’s tough stance on polluting vehicles as an example of how they too can clean up their filthy air. 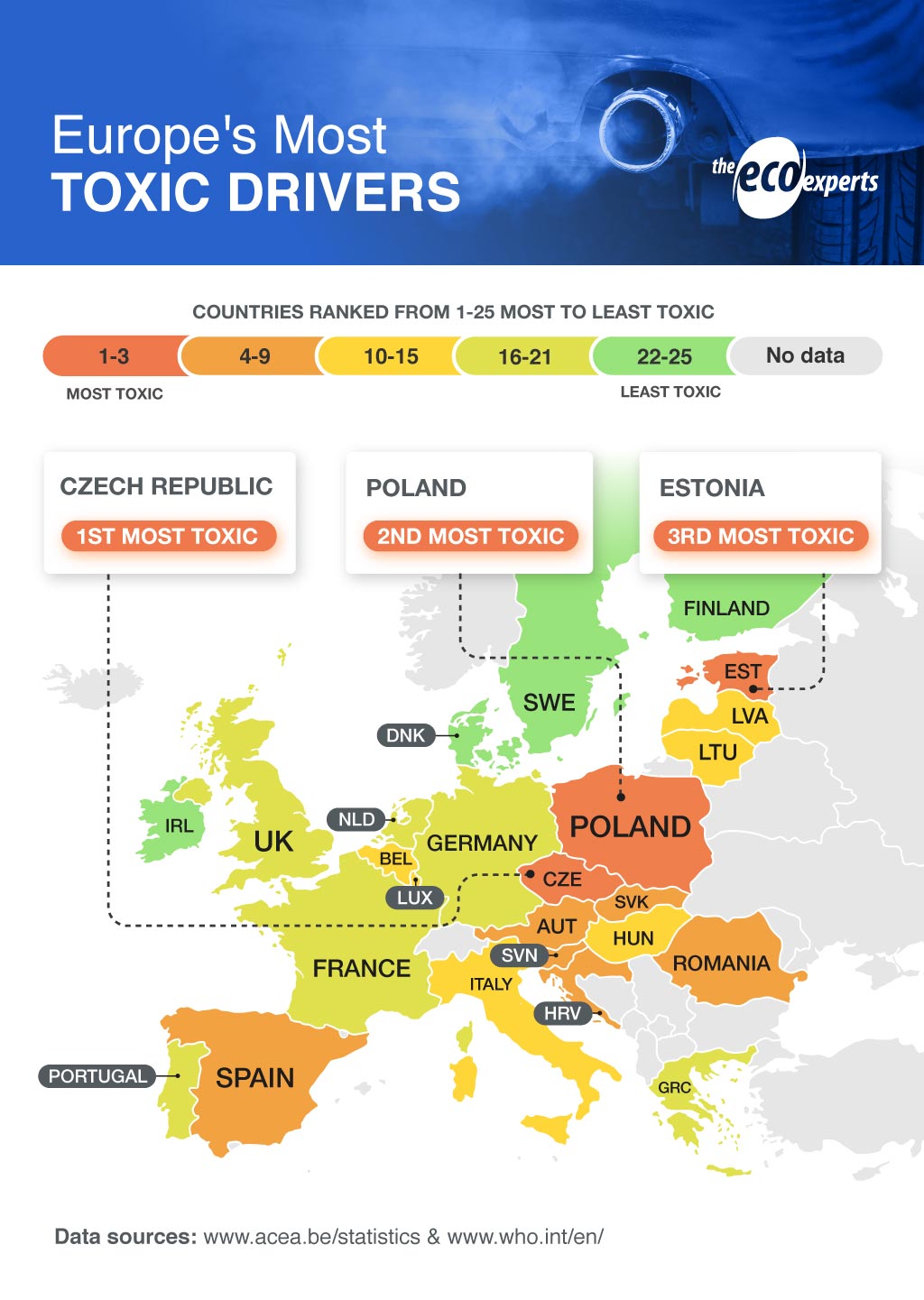